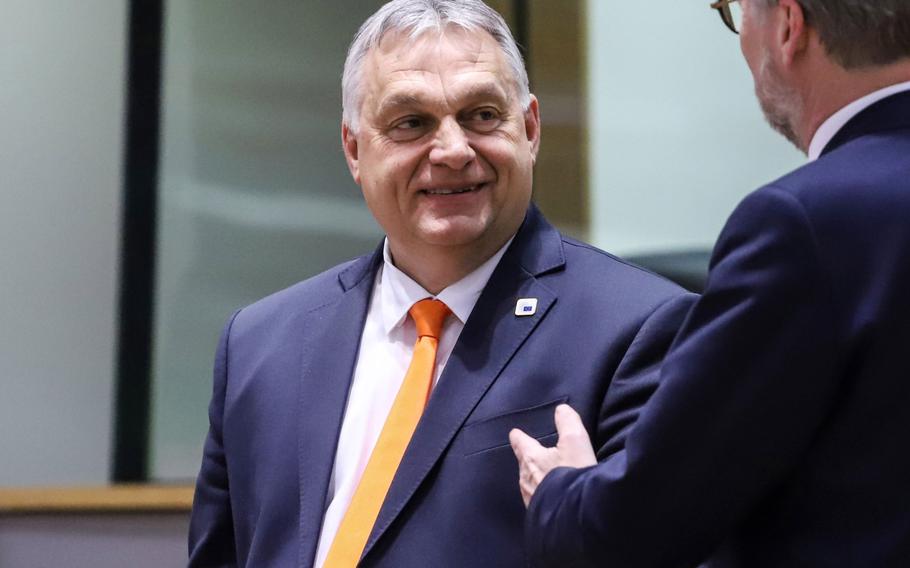 Hungarian Prime Minister Viktor Orban is poised to win Sunday’s general election by a comfortable margin, though not by enough to secure another supermajority in parliament, according to the latest poll.

His Fidesz party has 50% backing among decided voters, compared with 40% for a six-party opposition alliance, according to the Median poll for weekly news magazine HVG. The survey was taken at the end of March, HVG said, without being more specific. Other polls have forecast a tighter race.

In the 199-seat Hungarian Parliament, the 10-point gap may translate into 128 seats for Fidesz -- shy of the 133 needed for a legislative supermajority, but well clear of the minimum 100 to form a government. United for Hungary, the opposition alliance, may win 71 seats, according to the poll. Two smaller parties are close to clearing the threshold of votes to enter parliament.

The vote in Hungary has been overshadowed by the war in neighboring Ukraine. Orban has walked a tightrope, trying to create distance between himself and President Vladimir Putin, with whom he’s cultivated close relations over the past decade, while offering limited support for Ukraine out of concern that he may antagonize Russia’s leader.

The opposition has tried to brand Orban as Putin’s pawn and reduce the election to a choice between East and West. But the four-term premier has boosted support with a message that he’d keep Hungary out of the war.

Nine in 10 Fidesz voters believed the party would win the election, double the share of opposition supporters, HVG said, citing the Median poll. Some 43% of Fidesz voters also said they believed Russia’s invasion of Ukraine was justified, compared with 9% of voters backing the opposition alliance.