Russian Missile Command: The game where 60 percent of your missiles don't work 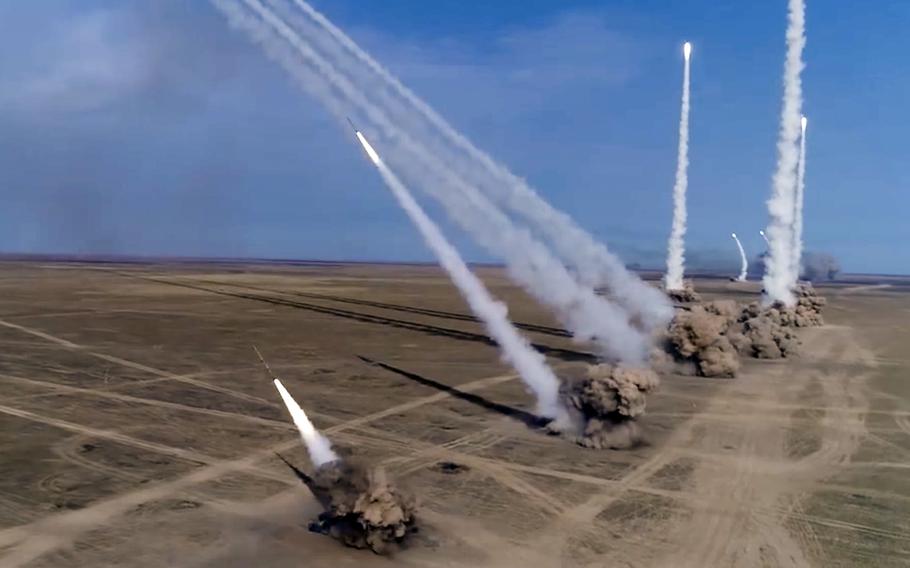 One of the limitations that Russia has faced in its effort to subdue Ukraine is that it is exhausting its supply of precision-guided munitions. It's easy to target something like a military training facility, but without precision munitions it's much harder to actually hit what you're aiming for. The result is that a lot of intended targets are missed and a lot of unintended targets are hit.

But there's another problem, too, one that Reuters identified this week: A lot of Russia's missiles simply don't work.

"Three U.S. officials said the United States estimated that Russia's failure rate varied day-to-day, depended on the type of missile being launched, and could sometimes exceed 50%," Phil Stewart reported for the wire service. "Two of them said it reached as high as 60%." The errors included everything from failures at launch to failures to detonate.

Even those who are not military experts would likely feel confident saying 60% is a lot. If you're bowling and you consistently missed 60% of the pins, you're going to close out the game with a robust score of 40 points.

Demonstrate another way: If you are of a certain age, you might remember a game called Missile Command. It was a very 1980s/Cold War video game involving nuclear missiles (small dots) raining down on a city (little blocks) with your task being to fire countermeasure missiles (other little dots) in hopes that you could detonate the incoming nukes (with little circles) before they hit the ground.

If you imagine playing this game and your city survives intact while using Russian-60-percent-error-rate missiles, congratulations. But it probably didn't.

But those cheering for fewer deaths and less wanton obliteration of cities might appreciate how difficult Russia's missile failure rate makes its success.