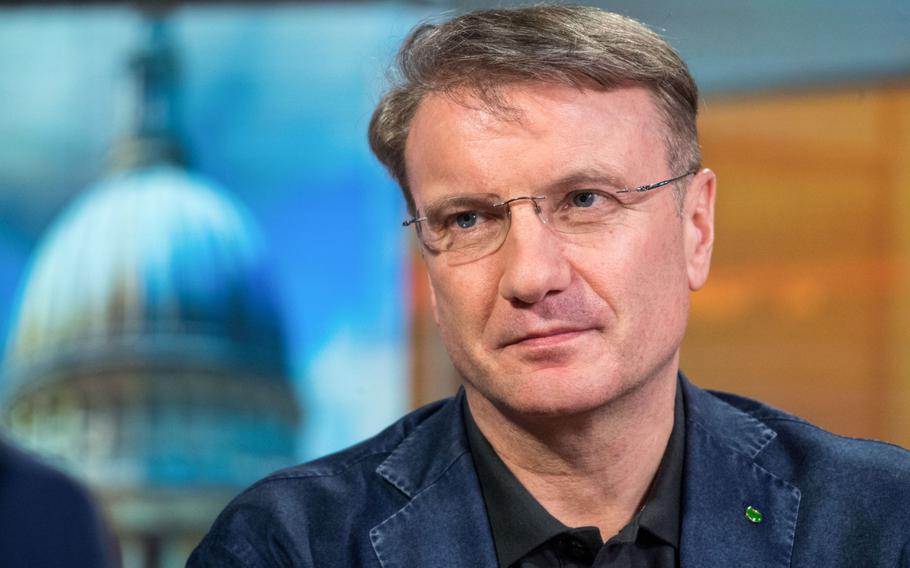 The US announced a new package of sanctions on Russian elites, lawmakers and defense companies, punishments designed to ramp up pressure on Moscow over its invasion of Ukraine.

The measures announced Thursday during summit meetings between President Joe Biden and NATO, as well as the Group of Seven, will be followed by others to reduce Europe’s reliance on Russian oil and gas -- the lifeblood of the nation’s economy, according to senior administration officials.

The U.S. will impose full blocking sanctions on more than 400 individuals and entities, including the Duma, Russia’s lower house of parliament, and 328 of its members, more than a dozen Russian elites and 48 Russian defense companies.

“I’m announcing additional sanctions on over 400 Russian elites, lawmakers, and defense companies in response to Putin’s war of choice in Ukraine,” Biden said in a tweet. “They personally gain from the Kremlin’s policies, and they should share in the pain.”

The sanctions will hit Herman Gref, the head of Russia’s Sberbank and an adviser to President Vladimir Putin; Russian billionaire Gennady Timchenko, his companies and his family members; as well as 17 board members of the Russian financial institution Sovcombank.

Among the defense companies being sanctioned are Russian Helicopters, Tactical Missiles Corporation, High Precision Systems, NPK Tekhmash OAO and Kronshtadt, according to the White House.

The U.S. and EU are making explicit a ban on transactions in gold with the Russian central bank. A senior U.S. official told reporters allies have heard talk that Russia may use gold reserves to prop up the ruble and want to shut down their ability to do so. The U.S. and its partners already blocked the central bank from accessing half of its roughly $630 billion in foreign reserves in a previous round of sanctions.

An agreement with European Union countries to reduce their dependence on Russian energy sources is expected to be announced Friday, according to a senior administration official, who declined to detail the measures. The U.S. and EU are working on an agreement to ensure American natural gas and hydrogen supplies go to European member states in an effort to end its reliance on Russian fuels, Bloomberg News reported Wednesday.

G-7 leaders agreed on an initiative to coordinate on sanctions enforcement so that the countries can jointly respond to any attempts to evade the measures, including a call to restrict Russia’s access to loans from the International Monetary Fund and the World Bank

The EU is considering tightening or expanding existing sanctions against Russia in coordination with the U.S., while refraining from major new steps to cut off oil and gas purchases amid a deepening divide within the bloc over how to limit Moscow’s biggest source of revenue.

Any new measures countries can agree on this week would be limited in scope and possibly focused on closing loopholes, according to an EU diplomat.

Europe is continuing to purchase coal, oil and gas from Russia, while energy-related transactions are exempt from financial sanctions, shielding some of Russia’s biggest banks from the bulk of penalties.