How Russia will feel the sting of sanctions 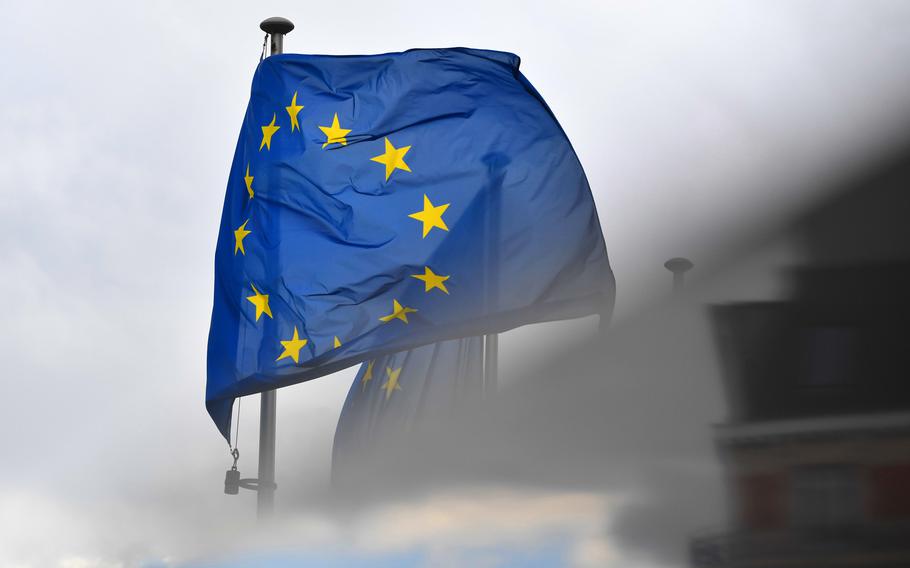 The United States, Europe and their allies rely on Russia for some oil and gas, and a few specialized materials. But they also supply Russia with much of its machinery, vehicles, technology and equipment that help Russia’s economy run.

That’s why sanctions can be so effective.

Without global trade, Russian factories would sit idle, businesses would shutter and shelves would sit bare. Even blocking some of those goods from countries that have already imposed sanctions or restrictions could dismember whole sectors in Russia. Some Russian companies that rely on imported components are already reeling — production lines at the automaker Lada reportedly went idle earlier this month.

Meanwhile, countries that usually sell goods to Russia have a lot less to lose when trade is cut off. Russia spends $11.5 billion annually on its largest import, cars, according to Trade Data Monitor. Germany, South Korea and Japan lead the market, supplying 63% of Russia’s motor vehicles. But they would lose only about 3% of their international business if they stop selling to Russia.

Russian airlines typically depend on Boeing and Airbus jets. And without aerospace imports, Russia risks running out of the specialized parts needed to maintain them — parts that can’t always be obtained from third-party suppliers.

All in all, more than half of the goods and services flowing into Russia come from 46 or more countries that have levied sanctions or trade restrictions, with the United States and European Union leading the way, according to Castellum.ai. The economic barriers remain porous, but the West is steadily plugging the gaps — more than 400 politicians, elites and defense firms were added to the sanctions list on Thursday alone.

In a televised speech last week, a defiant Russian President Vladimir Putin seemed to acknowledge the country’s challenges. He said the widespread sanctions would force difficult “deep structural changes in our economy” but vowed that Russia would overcome “the attempts to organize an economic blitzkrieg.”

“It is difficult for us at the moment,” Putin said. “Russian financial companies, major enterprises, small- and medium-sized businesses are facing unprecedented pressure.”

Indeed, Russian consumers are already feeling economic pressure. For example, there have been widespread reports of panic buying in Russian supermarkets, according to the Financial Times, as “Russian social media channels are flooded with pictures of empty shelves in supermarkets and videos of people scrambling to buy bags of sugar and grains.”

“All of this already is having an impact on the Russian economy,” said Jeff Schott, who tracks sanctions and trade for the Peterson Institute for International Economics. “The ruble has fallen through the floor. Interest rates are high. Inflation is soaring. Imported goods are basically hard to find and are not being restocked because nobody is selling to Russia for fear that they will not get paid — or only paid in rubles.”

Russia is the world’s 11th-largest economy. If it were a U.S. state, Russia’s total economic output would have ranked fourth in 2020, behind California, Texas and New York, and just ahead of Florida. Imports make up one-fifth of its gross domestic product. Many of those imports are now at risk as Russia has, in short order, come to face a higher number of sanctions than any other country, according to Castellum.ai.

Russia’s contributions to the global economy skew toward raw materials which, with a few notable exceptions such as petroleum, nickel and palladium (used in car parts), can be replaced by commodities from elsewhere in the world, a Washington Post analysis of Trade Data Monitor figures shows.

In addition to the explicit sanctions, restrictions built into the core of the global financial and trade systems are also making it harder for most countries to trade with Russia. Major global banks are reluctant to finance Russia-related deals — Goldman Sachs, JPMorgan Chase and Deutsche Bank have all said they are winding down business there — and those firms not spooked by sanctions or the reputational cost of doing business with an international pariah are likely to be scared away by the prospect of getting paid in increasingly worthless rubles.

Nations that aren’t scared off will still struggle to get their goods to Russia, as firms representing 30 to 50% of global shipping capacity have already boycotted the country, according to economist Judah Levine of Freightos, a global freight-booking platform.

Russia’s hopes for surviving sanctions lie primarily with China, which now finds itself with substantial leverage over its northern neighbor. China, the world’s leading exporter, supplies about one-quarter of Russia’s imports. Most aren’t subject to sanctions.

China’s sprawling manufacturing sector could replace some of the U.S. and European goods that had been heading to Russia but are now blocked, said Mary Lovely, senior fellow at the Peterson Institute for International Economics. The country already supplies a large portion of Russia’s machinery and electronics. But replacements aren’t always possible, especially for the highest-tech goods, and there’s no guarantee China will be willing to sell them. Even if China is willing, creating, producing and delivering specific replacements will take China time that Russia may not have.

China also supplies Russia with the vast majority of its furs, that being one of the only product categories where Russia is the dominant consumer market. Nearly one-third of the world’s fur trade goes to Russia.

Meanwhile, China is fairly independent from Russia, since the Russian market accounts for 2% of China’s global exports. With the value of Russia’s currency dropping, it’s not clear Chinese suppliers will want to do business there even when it’s legally allowed, said Phil Levy, chief economist of Flexport, a global logistics platform.

“Russia is going to be a very difficult place to do business,” Levy said. “Even without any explicit threat from the West, those conditions in Russia - a swinging currency and banking problems — might make Chinese companies cautious.”

To be sure, the economic wall around Russia is not impregnable. Russia retains significant leverage over Europe because of its vast petroleum reserves. Eastern oil and gas are still flowing into key European markets for now and continue to generate billions of dollars in foreign currency each week, a financial lifeline for the Putin regime.

“The sanctions we have in place are meant to starve the Russian economy,” said Schott of the Peterson Institute. “But the exceptions for oil and gas imports into Europe are a large feeding tube that’s keeping the Russian economy afloat.”

But gaps in the wall are closing.

“Europe is dependent on Russian oil and gas today, but already has announced plans to wean off a good share of its gas imports from Russia in the coming year,” Schott said. “Russia’s leverage on energy will erode over time. Meanwhile, Western sanctions, if continued, would constrain productivity growth in Russian industry and impair Russia’s military capabilities.”