Poland expels 45 Russian ‘spies pretending to be diplomats,’ in escalation over Ukraine invasion 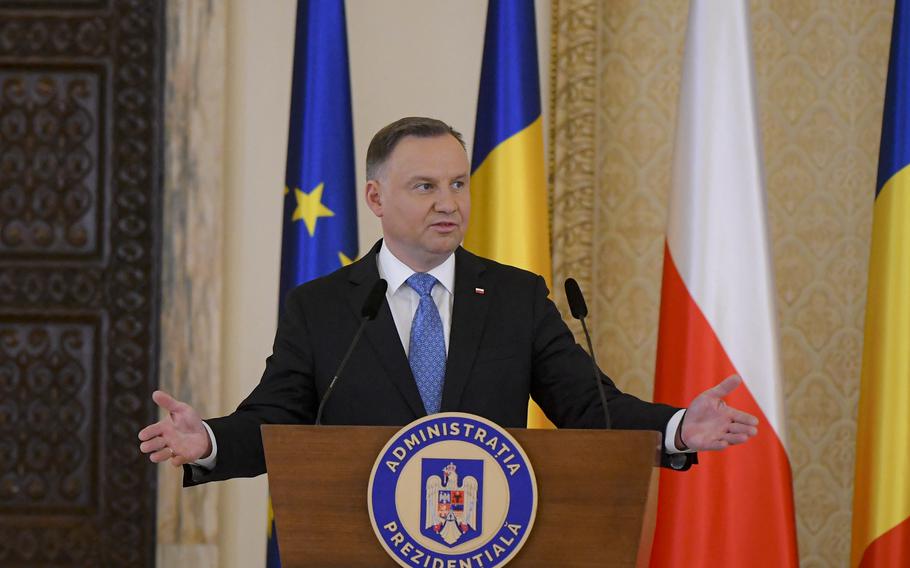 Poland is expelling 45 Russians diplomats it accuses of being spies, describing it as a response to Russia’s invasion of Ukraine and Russia’s policies toward Poland and its allies. The move, which comes as President Joe Biden prepares to travel to Belgium and Poland to bolster the Western alliance, has prompted Russia to warn it will retaliate.

“Poland expelled 45 Russian spies pretending to be diplomats,” Poland’s interior minister, Mariusz Kamiński, said on Twitter Wednesday. “With full consistency and determination, we are breaking up the agents of the Russian secret services in our country.”

Stanisław Żaryn, a spokesperson for Poland’s security services, told The Washington Post that the 45 names included individuals known to be working for Russia’s secret services, and others who, while benefiting from diplomatic status in Poland, aided the work of Russian secret services.

“Russian services are increasingly on the offensive,” Żaryn said Wednesday in a news conference. “They are acting more and more aggressively against Poland.”

The move elicited pointed criticism from Kremlin officials, who vowed to respond.

Russia’s ambassador to Poland, Sergey Andreev, told journalists after he was summoned to the Polish Foreign Ministry on Wednesday that Russia would not suspend formal diplomatic relations with Poland, but it would retaliate with measures to expel Polish diplomats, according to Russia’s state-run news agency, TASS.

He said the allegations against its diplomats are groundless, and that embassy employees had been doing normal diplomatic and trade work. The diplomats will have a maximum of five days to leave Poland, Andreev said, adding, “They will have to go. This is a sovereign decision by the Polish side and they have the right to their own decision.”

Separately, Polish security services announced they had arrested a Polish national last Thursday who was suspected of spying for Russia. The suspect worked in a registry office in Warsaw, Poland’s capital, and had access to sensitive documents, the Internal Security Agency said.

Poland, shares a border with Ukraine and with Russia’s exclave of Kaliningrad, and has taken in more than 2 million Ukrainian refugees. It also hosts NATO troops in its military bases.

Biden’s decision to visit Poland was added to the itinerary of his Europe trip only in the past few days, reflecting the country’s position at the center of an intensifying refugee crisis. In Warsaw, he is expected to pledge more American aid to alleviate human suffering, discuss the emergency with Polish leaders and potentially meet Ukrainians who have fled their homeland.

The Washington Post’s Tyler Pager and Ashley Parker contributed to this report.