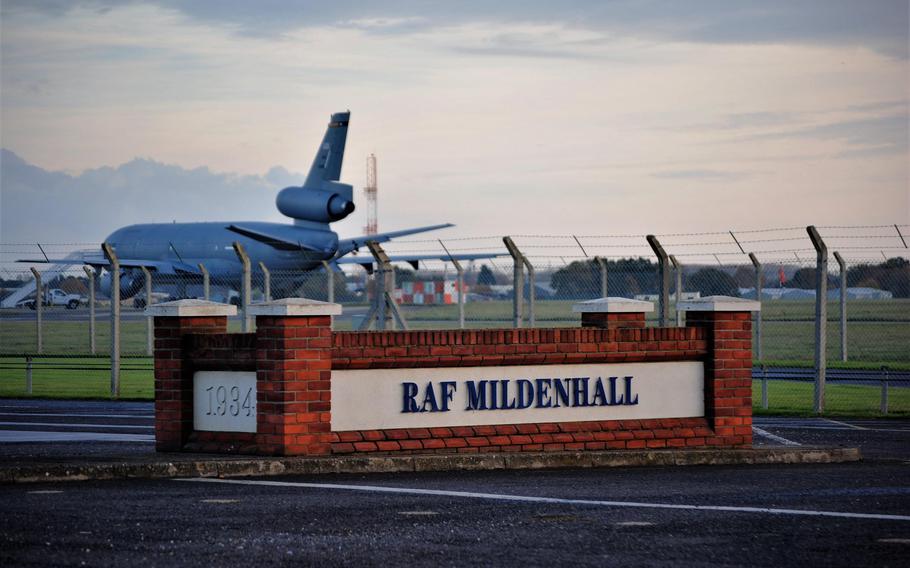 Kevin Mole, 36, of Crow Hall Estate, Downham Market, was released on bail after being arrested outside the base earlier in the week, Suffolk police told Stars and Stripes.

Mole showed up at the base gate at 6:30 a.m. Monday and attempted to gain access to meet Trump, a U.S. Air Force 100th Refueling Wing statement said Friday.

Airmen with the 100th Security Forces Squadron and U.K. Defense Ministry police safely arrested him and transferred him to local authorities, the wing statement said.

Trump did arrive at Mildenhall during a 2019 Air Force One refueling stop, but he wasn’t there this week.

#NRT5 this morning have assisted @MODPolice at @RAFMildenhall who arrested a drink driver after he arrived at the gates looking for Donald Trump. The male blew 52ugs at the roadside. #WrongCountry #Fatal4 #988 #819 #307 #490 pic.twitter.com/ZUFiNVZHt2