US warns Europe that Russia wants armed drones from China 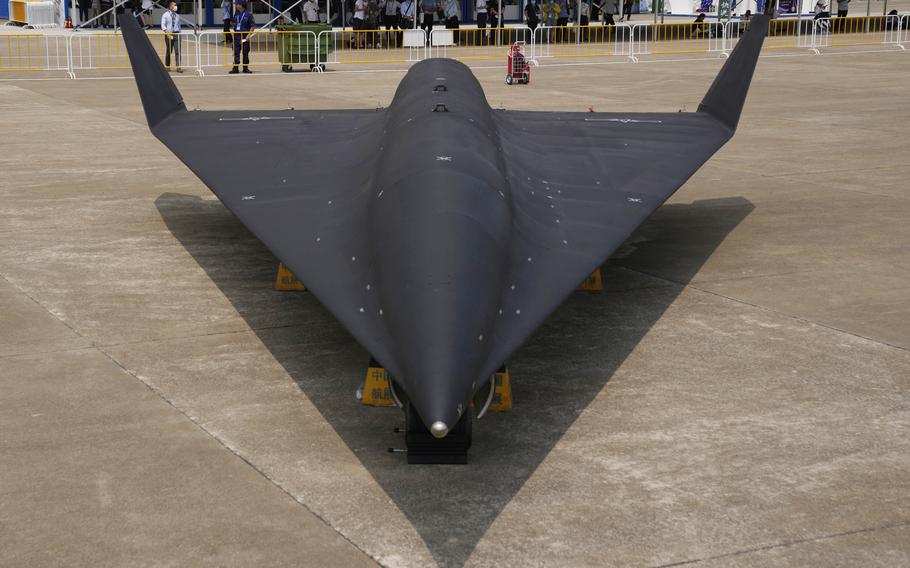 The U.S. has warned European allies that Russia asked China for armed drones in late February as it was beginning its invasion of Ukraine, according to people familiar with the matter.

The request has alarmed Biden administration officials seeking to prevent China — Russia’s most powerful diplomatic partner — from coming to President Vladimir Putin’s aid in the war, according to the people, who described the matter on the condition of anonymity. China is among the world’s largest exporters of armed unmanned aerial vehicles and has sold them to countries such as Saudi Arabia, Pakistan and the United Arab Emirates.

On Monday, White House National Security Advisor Jake Sullivan and China’s top diplomat, Communist Party Politburo member Yang Jiechi, met for six hours in Rome to discuss a range of issues, including Ukraine. One U.S. official described the meeting as intense but declined to say whether the request for military aid came up, while Yang afterward called on all sides to exercise restraint in the conflict.

The Biden administration has sought to persuade Beijing to use its influence with Moscow to help end the conflict now in its third week. The president’s top advisers have pressured China to enforce sanctions on Russia’s economy imposed by the U.S. and its European and Asian allies.

Another area of concern raised by Sullivan and other Biden administration officials in recent days is the risk that Putin resorts to using chemical or biological weapons in Ukraine.

Sullivan is seeking to call Nikolai Patrushev, his counterpart and the secretary of Russia’s Security Council, to directly warn the Kremlin not to do so, according to two people familiar with the planning. The call has not yet been scheduled.

Sullivan and other Biden administration officials have said that Russia’s false claims claims that the United States and Ukraine may use chemical and biological weapons is an indication that Putin — frustrated by slow progress with his invasion — is preparing for such an attack.

“There is an escalating level of rhetoric on the Russian side trying to accuse the Ukrainians and the United States of potentially using chemical and biological weapons,” Sullivan said Sunday on CBS’s “Face the Nation.” “That’s an indicator that, in fact, the Russians are getting ready to do it, and try and pin the blame elsewhere. And nobody should fall for that.”

The last publicly disclosed conversation between Sullivan and Patrushev took place in November, as reports emerged of a Russian buildup of forces on the Ukraine border, according to a White House summary of their call.

The two men “discussed several issues in the bilateral agenda and regional and global matters of concern,” according to the summary. “The talks were held in a frank and constructive manner.”

China began exporting military drones about a decade ago and the country’s top aerospace contractor, Aviation Industry Corp. of China, found customers in the Middle East and Africa such as Saudi Arabia and Nigeria. AVIC unveiled its latest drones, including the GJ-11 stealth drone, at an air show in the southern city of Zhuhai in September, according to the Communist Party-backed Global Times.

Another AVIC drone on display, the WZ-7, can stay in the air for more than 12 hours and conduct intercontinental flights, the newspaper reported. Putting the new AVIC drones on display “shows China’s full confidence in its world-class unmanned aerial vehicle technology.” AVIC also presented drones, as well as armed helicopters and other products, at the Singapore air show last month.

The Biden administration last June included AVIC on a blacklist banning U.S. investments in 59 companies with ties to China’s military or surveillance industry.