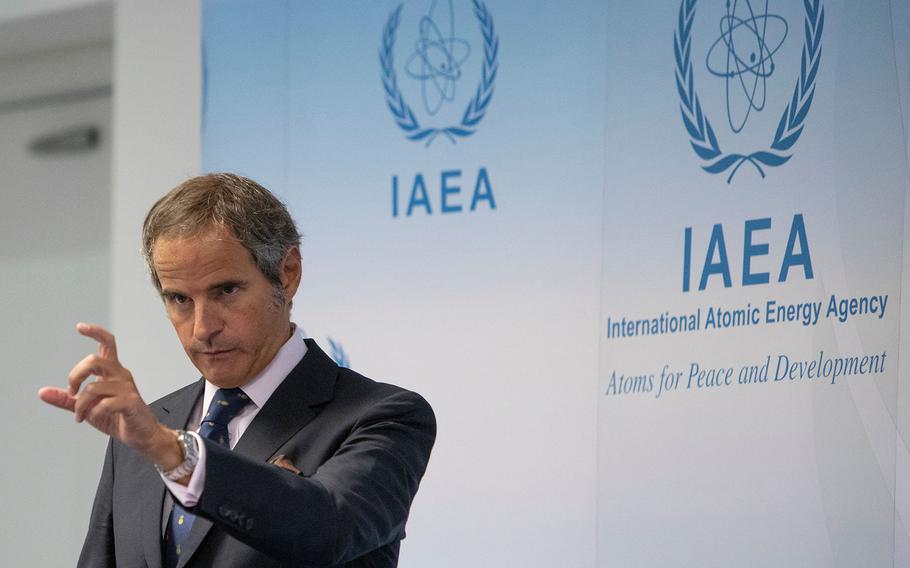 Rafael Mariano Grossi, who leads the International Atomic Energy Agency, said that a neutron generator at the Kharkiv Institute of Physics and Technology was destroyed during a Russian attack, but the inventory of radioactive material at the site was small and monitors detected no radiation release.

“We cannot go on like this,” said Grossi, noting that the facility was built in collaboration with U.S. Argonne National Laboratory located outside Chicago. The destroyed lab was used for research as well as to provide medical isotopes for healthcare workers, according to Ukrainian officials

The Argentine diplomat said he’s ready to meet with Ukrainian and Russian officials at a location of their choice to ensure the safety of atomic sites as the war escalates. The physical integrity, communication channels and supply chains of atomic sites needs to be guaranteed, Grossi said.

It’s the second Ukraine nuclear facility in a week that’s been damaged by fighting. The IAEA confirmed Friday that Russian shelling caused a fire at a building on the site of the Zaporizhzhia nuclear power plant, injuring two members of the facility’s security team.

The risks extend beyond Ukraine’s 15 operating nuclear power plants, though. During the first week of the war, nuclear-waste facilities in Kyiv were also damaged. And the IAEA has warned it has lost contact with a facility in the port city of Mariupol that handles radioactive sources.

The European Union has called for rapid intervention by the IAEA amid growing concern. EU Energy Commissioner Kadri Simson, in a letter to Grossi, called on Russia to “return all of Ukraine’s nuclear facilities to the full operational and regulatory control of Ukraine, including unhindered access of staff to these facilities, both at Zaporizhzhia as well as in the Chernobyl Exclusion Zone.”

Russian forces control the Chernobyl plant — the site of the deadly 1986 meltdown that’s surrounded by a 2,600-square-kilometer (1,000-square-mile) exclusion zone because of residual radiation.

The EU energy chief also criticized “the position of the aggressor state” on the IAEA Board of Governors. Russia is the world’s top exporter of reactors, with projects ongoing in Argentina, Bangladesh, Egypt, Hungary and Turkey.

“I find it unacceptable that Russia can continue its privileged role at the IAEA in view of its irresponsible military actions on the ground in Ukraine,” she said.