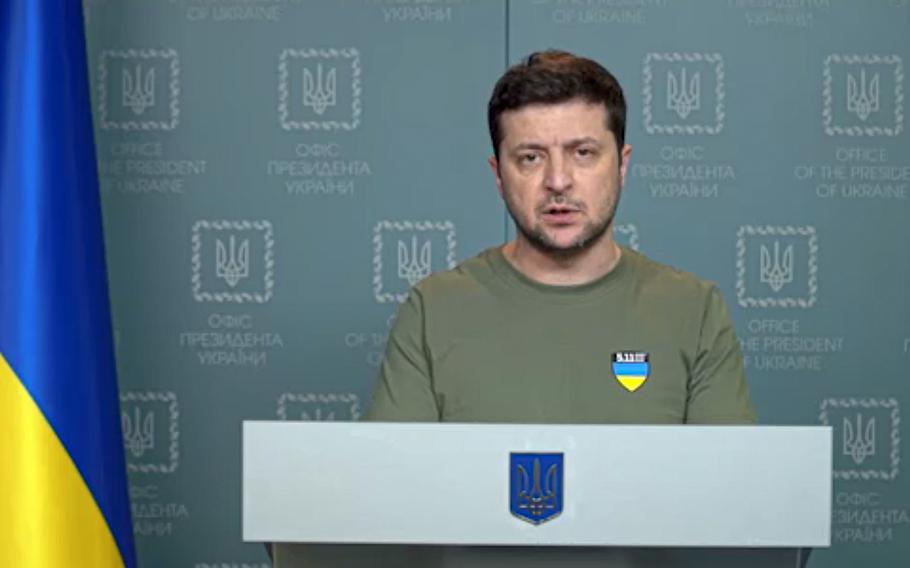 The sanctions already imposed by the EU have closed off a significant portion of financial and trade ties with most European companies. Ending most-favored nation status would increase costs via tariffs for any EU companies still doing business with Russia.

“In reaction to the Russian aggression against Ukraine, the EU has adopted sweeping sanctions vis-a-vis Russia, which undoubtedly have a major impact on trade,” European Commission Spokeswoman Miriam Garcia Ferrer said in an emailed reply to Bloomberg. “We are discussing options available to us in the WTO context. This includes the possibility of removing MFN treatment to Russia on the basis of the WTO national security exception.”

The EU has already adopted broad sanctions against Russia, including banning transactions with the Russian central bank and cutting some Russian lenders from SWIFT, the global financial-messaging system. The move at the WTO would further isolate Moscow from the EU.

The commission is in talks with member states and allies about the move and the proposal is a work in progress, according to a person familiar with the plans, who asked not to be identified because the process is private. The move would be technically complicated and they’re still working through the details.

The EU is Russia’s biggest trade partner, accounting for 37% of the country’s total trade in goods with the world in 2020. Total trade between the two regions that year amounted to 174.3 billion euros, and the EU’s top import from Russia is petroleum -- worth about 67 billion euros a year.

Separately, Canada revoked most-favored nation status for Russia and Belarus on Thursday and Ukraine on announced this week a “complete economic embargo” on Moscow and said it would no longer apply the WTO agreements with regard to Russia.

The government in Kyiv said its decision to withdraw WTO benefits to Russia is consistent with the WTO’s national security exemption, which allows a country to take “any action which it considers necessary for the protection of its essential security interests.”

This week U.S. lawmakers in the House and Senate proposed legislation that seeks to end permanent normal trade relations status with Russia and urges President Joe Biden to begin the process of suspending Russia’s membership in the WTO.

WTO Director-General Ngozi Okonjo-Iweala said the organization is “deeply saddened by the continued suffering and loss of life,” according to a statement on Wednesday. “We are also concerned about the trade implications of the conflict, especially trade in agriculture and food products and the rise in energy prices and their effects on the impacted populations.”