Interpreter breaks down during Zelensky’s speech to European Union 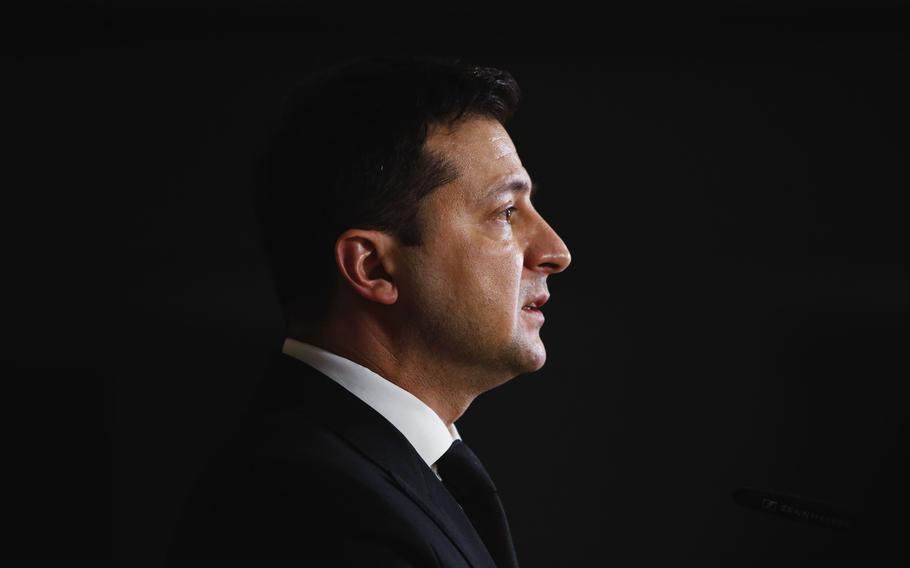 BRUSSELS - The English-language interpreter for Ukrainian President Volodymyr Zelensky’s speech to European lawmakers on Tuesday was so moved by the remarks that he momentarily lost his composure.

During the virtual address, Zelensky described the recent shelling of Kharkiv, including a missile strike on the city’s Freedom Square. “Can you imagine, two cruise missiles, dozens killed,” the interpreter said, his voice shaking. “This is the price of freedom.”

“We are fighting,” the interpreter continued, taking a breath. “Just for our land,” he said, exhaling sharply. “Despite the fact that all of our cities are blocked, that nobody is going to enter and intervene.”

The speech was a desperate plea to the European Parliament, with Zelensky all but begging the European Union to “prove they are with us” by letting Ukraine join the bloc, which now has 27 members.

The address was met with a standing ovation from lawmakers and with expressions of goodwill from various European leaders.

But as Zelensky signed off to return to the fight on the ground, it remained unclear whether his country had a shot at joining the bloc, let alone when.