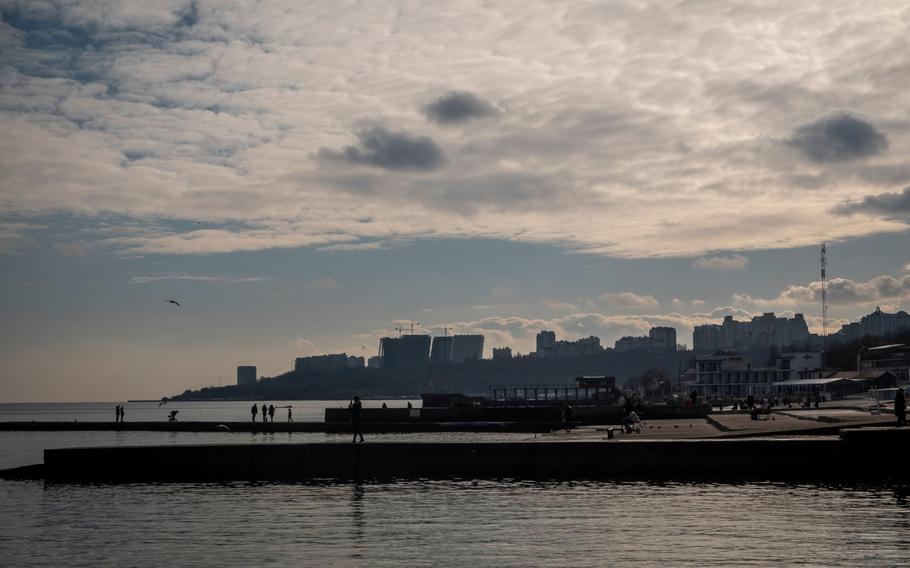 Russia’s invasion of Ukraine has brought turmoil to commodities markets as the conflict ensnares merchant shipping.

At least two merchant ships have been reportedly hit since Russian forces began the attack on its neighbor this week. Insurers are either not offering to cover vessels, or they’re demanding huge premiums to do so.

That has compounded oil trading and shipping markets that were already -- with a few exceptions -- leery of doing Russian deals while people figure out the sanctions risk of buying the nation’s crude. Trade lawyers said that commodities from Russia should ultimately keep flowing, but that caution is likely in the near term and the situation is fast-changing.

“I’ve been a shipbroker for more than 30 years and nothing in that time compares to the chaos we’re seeing now,” said Halvor Ellefsen, a tanker broker at Fearnley A/S in Oslo. “I just hope it resolves as peacefully as possible.”

The Black Sea is a critical region for agricultural traders and oil traders alike. Ukraine and Russia together account for more than a quarter of the global trade in wheat and about a fifth of corn. That trade was thrown into chaos after Ukraine’s ports closed in the wake of Russia’s invasion.

Russia’s Black Sea oil port of Novorossiysk, along with a nearby terminal, handle the best part of 2 million barrels a day of crude -- roughly the same as what gets exported from the entire North Sea. Tanker brokers, owners and oil traders said there was immediate caution about doing business with Russia after the invasion because of concern about a sanctions backlash from the West.

The price of the nation’s flagship Urals crude plunged on Thursday to a record discount to Dated Brent, a benchmark price for physical oil transactions all over the world. Oil freight transportation costs from Russia’s main western ports soared because of owners’ reticence about collecting the nation’s cargoes.

On Thursday, the U.S., U.K. and European Union all announced measures targeting Russia after its invasion of Ukraine. While they could impede trade with Russia, they won’t stop it.

Among the most significant pieces of sanctions documentation was a General License issued by the Office of Foreign Asset Control that authorizes payments for energy. And “energy” spans everything from oil to wood.

A few companies have been tempted by how cheap Russian oil has gotten. Indian oil refineries snapped up 6 million barrels of the nation’s crude from Black Sea ports -- far more than they have done in recent years.

The shipping news, though, suggests insurers have reason to be careful, with at least two merchant ships damaged in the conflict, and unconfirmed reports of a third.

On Thursday, a carrier chartered by Cargill was hit while sailing in Ukrainian waters in the Black Sea. The vessel was empty when the incident occurred and taken to safety, the company said. On Friday, a chemical tanker called Millennial Spirit, under the flag of Moldova was hit by a shell in the Black Sea, the country’s naval agency said in a statement on website.

Cargill didn’t confirm the name of the vessel. Istanbul-based YA-SA Holding said earlier that Yasa Jupiter, a Marshall Island-flagged bulker it owns, was slightly damaged by a shell after unloading coal at the Ukrainian port of Odessa. It was unclear whether the ship was deliberately targeted or who fired the shell, and the vessel is heading under its own power to the closest port for a damage assessment, YA-SA said.

On the Millennial Spirit, a fire broke out, destroying equipment and lifeboats were destroyed, and forcing the cew to abandon ship only in their life jackets, the navel agency said.

“We are seeing activity where vessels are being struck,” said Munro Anderson, founding partner at security advisory Dryad Global. “Any vessel that is sitting off Ukraine waters should have left long ago. It is a warzone, we’ve been saying that for 48 hours. Any vessel in Ukraine waters needs to leave immediately, broadcasting clearly on AIS and making their intentions known.”