From pipelines to ports, these are Ukraine’s key commodity sites 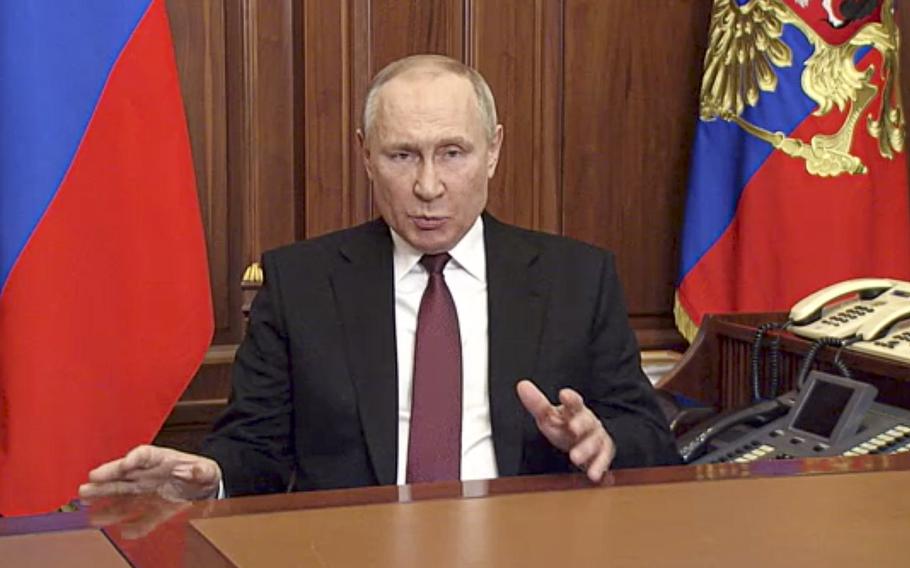 As Russia invades Ukraine, commodity traders are watching the country’s vast network of infrastructure that’s key to supplying gas, crops and steel to Europe and beyond.

Missiles, artillery and air attacks hit Ukraine as President Vladimir Putin vowed to “demilitarize” the nation and replace its leaders. The border guard said it was being shelled from five regions, while tank convoys were entering the country. The crisis has roiled energy, crop and metals markets, with commodity exports from Ukraine being thrown into chaos.

The Donetsk region is home to a port that ships out grains and metals, as well as major steel mills. Further away from the Russian border, there are more important terminals feeding the world’s commodity needs. Huge amounts of gas are piped from Russia through Ukraine to the European Union.

There are already signs of the steel and iron ore industry halting production or finding it harder to ship out supplies. Disruptions pose risks of shortages in Europe, and with commodity prices already around record highs, war in Ukraine will add to inflationary pressures across the global economy.

Ukraine has a massive gas-transport network, designed during the Soviet era to ship the fuel to Europe from giant Siberian fields. Russia spent billions of dollars building new links bypassing its neighbor after the Soviet Union collapsed, but Ukraine remains a linchpin in Europe’s energy security.

Gas enters Ukraine through compressor stations at Sudzha and Sokhranovka, which are a few hours away from the breakaway regions and on the border between the two countries. It then flows through pipelines across Ukraine, and further into Europe via nations including Slovakia.

While about a third of Russia’s gas supply to Europe usually flows through Ukraine, volumes have recently been around 20%.

Pipelines crossing Ukraine also carry some Russian oil to Europe. In the electricity sector, Ukraine’s largest private power utility, DTEK, has some plants in Ukraine-controlled parts of the Donetsk and Luhansk regions.

Rich, fertile soils have helped Ukraine become the second-largest grain shipper and the Black Sea region to be known as the world’s breadbasket. Corn is concentrated in fields in the center and north, wheat and barley in the south and sunflowers in the east, U.S. government data show. They are trucked, railed and barged to ports for sale to Asia, Africa and the European Union.

Ports are dotted along the Sea of Azov - which is connected to the Black Sea by a strait that runs between Russia and Crimea, which Russia annexed in 2014 - and on the Black Sea coast farther west. The southwestern ports of Odesa, Pivdennyi, Mykolayiv and Chornomorsk handle almost 80% of Ukraine’s grain exports, according to researcher UkrAgroConsult.

About 5% is handled by the Azov ports of Mariupol, which is in the Kyiv-controlled part of the Donetsk region, and Berdyansk. The Azov sea is shared by Russia and Ukraine.

The country’s steel makes up about a 10th of Europe’s imports, so disruption to mills or shipments will tighten the continent’s already strained market and help keep prices high after they reached a record last year.

Key producers in Ukraine include Metinvest, which has facilities in the nation’s industrial heartland in the east, including sites by the Dnieper River and two major plants in Mariupol. It lost several assets in the Donetsk and Luhansk regions when part of the provinces were seized by Russia-backed separatists.

European heavyweight ArcelorMittal owns Ukraine’s biggest mill, in the central city of Kryvyi Rih. Ferrexpo is the world’s third-biggest maker of iron ore pellets - a high-grade product used in steelmaking - and has all its operations in Ukraine, about 350 kilometers (about 220 miles) southeast of Kyiv. Seamless pipe maker Interpipe also has a plant in the east, in Dnipro.

United Co. Rusal International PJSC also runs an alumina plant in Nikolaev, on the country’s southern coast. It opened in 1980 and has a 1.7 million-ton capacity, according to Rusal’s website.

Roughly 60% of Ukraine’s ferrous metals that are exported by sea go through Black Sea ports of Odesa, Pivdennyi, Mykolayiv and Chornomorsk, according to the country’s port authority. About a fifth is exported from Mariupol.