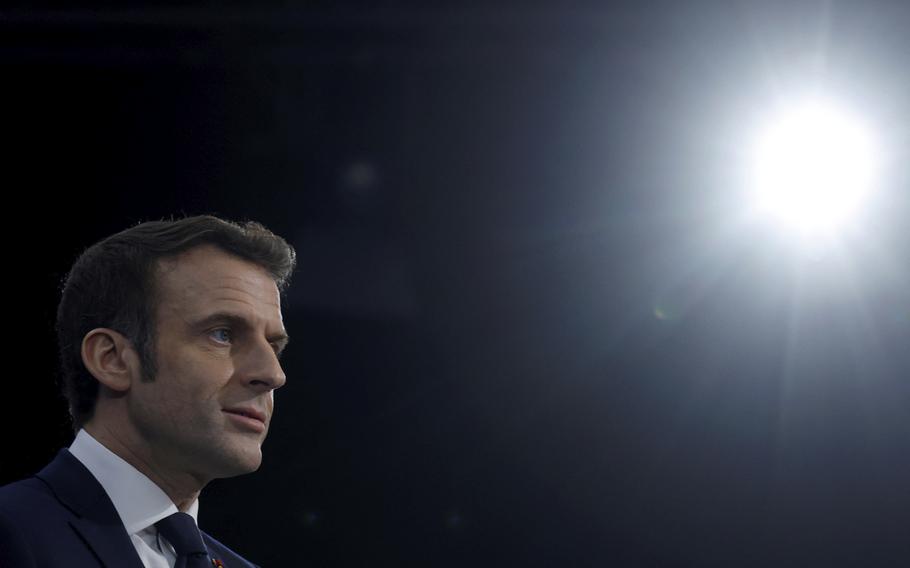 President Emmanuel Macron’s decision to pull French forces out of Mali in West Africa is a setback for the European Union’s foreign policy ambitions.

The EU’s mission in Mali was a test case for Macron’s efforts to establish a European defense capability that could operate independently of the U.S - at his request, almost all of the bloc’s 27 member states joined operations to contain an Islamist insurgency that has spread across the Sahel region, though France provided the bulk of the forces.

Macron announced Thursday that France and its allies would withdraw their forces after relations with the West African nation’s government deteriorated following a military coup. They pledged to continue the anti-terror fight from other parts of Sahel, an arid region that stretches across several West African countries.

“The situation shows that the project of European power remains a distant reality,” said Cyrille Bret, a lecturer at Sciences-Po Paris who specializes in European geopolitics. “This is not good news for European interests.”

As the European Union tries to adapt to China’s increasing influence, the uncertainty created by the Trump administration in the U.S. and, most recently, the tensions with Russia on the Ukrainian border, Macron has been urging his European partners to forge a common foreign policy so that the bloc can maximize the leverage that its economic heft merits. But different nationalist interests and longstanding divisions between member states have meant that project is fraught with challenges.

Mali, a nation bigger than Texas and California combined, is the “epicenter” of anti-terror efforts in Africa, the president of Ghana, Nana Akufo-Addo, said as he stood next to Macron Thursday.

On Friday, the Malian junta asked France to withdraw its troops without delay and said the outcome of France’s engagement was “not satisfactory”. In a press conference in Brussels, Macron seemed to push back against that request, saying the pull out will take place in “good order” for the sake the troops’ security.

The previous day Macron had denied that France’s largest and most expensive military operation had ended in a failure. Instead, he praised his predecessor Francois Hollande for deploying the first French troops to Mali in 2013, as insurgents were taking over large areas of the country.

“Without French intervention, the Malian state would have fallen into jihadi hands,” he said.