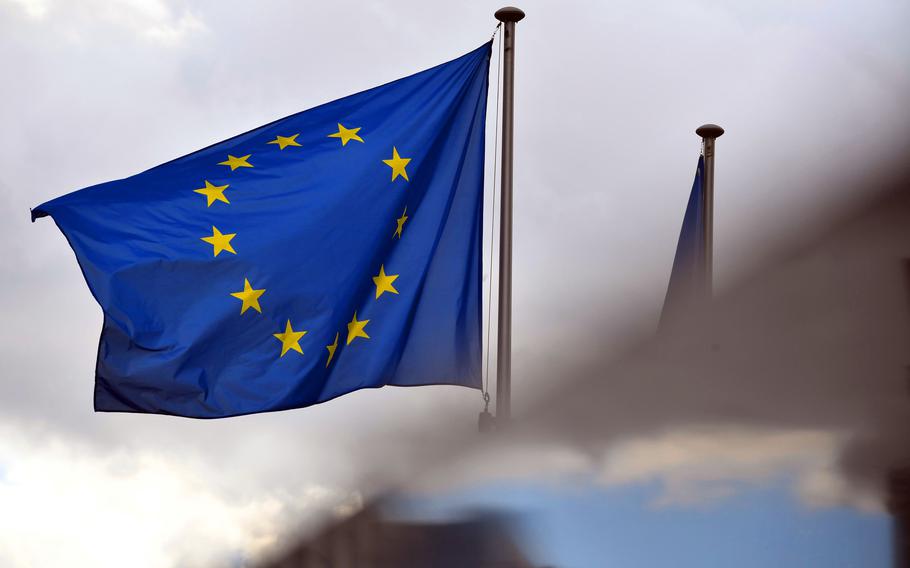 WASHINGTON - The United States will consider rotating additional U.S. troops through NATO member countries on Europe's eastern flank, should Russia mount a full-scale invasion of Ukraine, and NATO would also bulk up its presence in those countries with forces and armaments, U.S. and European officials said.

The White House has repeatedly warned Russian President Vladimir Putin that if he is concerned about NATO's presence near Russia's border now, that posture will only increase if he chooses to invade Ukraine. Already, eastern European members of the alliance are clamoring for more U.S. forces as a deterrent against an irredentist Kremlin that once controlled their lands in addition to Ukraine's.

But despite the warnings to Putin from the White House, the Biden administration hasn't detailed what an enhanced, long-term presence would look like on NATO's eastern border after a full-scale Russian invasion of Ukraine. Nor have warnings about a bolstered NATO halted Russia's buildup of forces, missiles and armored vehicles around Ukraine.

Already, the United States has deployed about 2,000 additional forces from Fort Bragg in North Carolina, primarily to Poland, in response to the Russian building on Ukraine's border to reassure allies close to Russia. On Friday, U.S. officials said 3,000 from the 82nd Airborne Division would join them, taking the total to 5,000 within days.

And 1,000 U.S. soldiers were to arrive in Romania from a U.S. installation in Germany - adding to the 900 U.S. troops already in the country.

NATO Secretary General Jens Stoltenberg has said the alliance is considering what adjustments to make to its eastern posture in the longer term.

"If Russia really wants less NATO close to the borders, they get the opposite," Stoltenberg said Feb. 7 during a joint news conference with Polish President Andrzej Duda. "We saw that after 2014 when Russia went in and annexed Crimea and went into Donbas," referring to Russian-backed separatist enclaves in eastern Ukraine.

For years, the United States had been drawing down forces and removing weaponry from Europe, as NATO cast about for a new mission in the aftermath of the Cold War. But after Russia invaded Ukraine in 2014 and annexed Crimea, Washington and its European allies changed course, again seeing the need to mount defenses against a threat emanating from Moscow - particularly in newer NATO member states close to Russia.

After 2014, NATO deployed battleships to the eastern part of the alliance for the first time, and in 2016, the alliance established combat-ready battle groups in the Baltic countries and Poland. Those multinational forces, totaling about 4,500, are led by the United States in Poland, Germany in Lithuania, Canada in Latvia and Britain in Estonia.

NATO also set up a multinational brigade in Romania, as well as an air policing mission, and established the Very High Readiness Joint Task Force, or the VJTF, a unit on alert to deploy to NATO threats at a moment's notice.

The United States has been supporting eastern flank allies on a bilateral basis, as well, by, for example, periodically rotating a U.S. armored battalion through Lithuania, a combat aviation brigade through Latvia and U.S. Special Operations Forces through all three Baltic countries. The U.S. Army also established a forward command post in Poznan, Poland, to oversee rotational forces in Europe.

If Russia invades Ukraine, such activities are likely to grow in scope and quantity.

The alliance is considering placing combat-ready battle groups - like the ones currently operating in Poland and the Baltics - in Romania, Bulgaria, Slovakia and Hungary, according to a NATO diplomat, who, like others, spoke on the condition of anonymity to discuss internal deliberations. The diplomat said any additional rotations through those countries would depend on whether the host government is willing to accept them.

The United States would also almost certainly step up the rotation of U.S. forces through eastern NATO member states, as well, the diplomat and a U.S. official added. A senior defense official said that "there have been discussions, but no decisions" about more permanent moves.

NATO is also likely expand exercises, training programs and intelligence collection, as well as air policing missions and maritime deployments in the Black Sea and the Baltic Sea, the diplomat said.

The hardening of the eastern flank's defenses would run counter to Putin's demands. In addition to insisting that NATO halt its eastward expansion, Russia has demanded the alliance pull its forces and weaponry back to its 1997 boundaries.

The year isn't arbitrary. In 1997, NATO and Russia signed the NATO-Russia Founding Act, declaring that they "do not consider each other as adversaries." In the pact, NATO said that "in the current and foreseeable security environment," the alliance didn't envision any "additional permanent stationing of substantial combat forces" beyond the existing boundaries. At the time, former Warsaw Pact countries and Soviet republics east of Germany were not yet members of NATO.

The act is one reason the United States rotates forces through allied nations on NATO's eastern flank rather than stationing them there permanently, even though many officials from NATO countries believe that Russia already violated the act with its invasion of Ukraine in 2014. A U.S. official said the Biden administration would not feel at all constrained by the act if Moscow were to violate the pact by mounting a full-scale invasion of Ukraine.

Eastern flank countries for years have been pushing for more U.S. forces on their soil as a deterrent to Moscow, seeing U.S. troops as a trip wire for the Kremlin. Russia would think twice about invading their territory if it risked killing U.S. soldiers and a direct war with the United States, top officials in the countries reason.

Romania, which joined NATO in 2004, feels particularly exposed and is pushing for additional U.S. forces on its territory. The country shares the biggest land border of any NATO country with Ukraine, as well as a long coastline on the Black Sea that is difficult to defend. It also houses Europe's only operational Aegis Ashore missile defense facility, making the country a target of Moscow's ire.

"What we need is a permanent presence of United States soldiers," Romanian ambassador to the United States Andrei Muraru said in an interview, noting the southeastern flank of NATO must be reinforced.

"This is what we need - a permanent presence - because as we've (seen) in the last seven years, Russia is not a friend," he said. "This is very, very clear. Romania is a country with a long and traumatic history with Russian aggression."

Lithuania is seeking a "heel to toe" rotation of U.S. troops, which would mean there is always a U.S. force present in the country even if it's not permanently based there, said Laurynas Kasčiūnas, chairman of the Lithuanian parliament's national security and defense committee.

Lithuania is situated between the heavily armed Russian enclave of Kaliningrad and Belarus, which is hosting tens of thousands of Russian forces and their weapons for an exercise that military analysts fear is cover for an invasion of Ukraine.

The United States and NATO also could provide greater air defenses for the Baltic nations and other eastern flank countries if Russia invades Ukraine, said Ben Hodges, the former commander of U.S. Army Europe who is now at the Center for European Policy Analysis. Romania is currently the only country in the region with U.S.-made Patriot missile defenses. And the alliance could enhance the logistics necessary to provide rapid reinforcements to the Baltic nations in the event of a conflict with Russia, he said.

"A full-scale Russian invasion would do nothing but galvanize solidarity in the alliance," said James Stavridis, former NATO supreme allied commander for Europe. "It would also open the door for permanent deployments into NATO member states on the Russian border, most notably Poland."

The pressure the United States is facing from China in the Indo-Pacific also requires increased Pentagon commitments, so Western European allies will need to contribute heavily if NATO expands its activities and reverts fully to a territorial defense mission in the aftermath of any Russian invasion, said Jim Townsend, a former top Defense Department policy official.

"It's now a home game," Townsend said, "and allies are going to have to step up like they did in the Cold War."