(Tribune News Service) — A cargo plane arriving from South Africa to Amsterdam's Schiphol airport on Sunday had one unexpected package: a stowaway.

According to a tweet from Dutch military police, or Marechausse, the man was found in the nose wheel of the cargo plane and was "doing well under the circumstances and has been transported to the hospital."

The average flight time between the two destinations is 11 hours and 16 minutes, however the flight also made a stop in Nairobi, Kenya, according to Flightradar24.

Airplanes can fly at an altitude between 30,000 to 42,000 feet where the temperature falls well below freezing.

On long flights, a stowaway in the wheel well or cargo compartment can face severe hypothermia or death due to the freezing temperatures, according to a study published in the National Library of Medicine.

Joanna Helmonds, Marechausse spokeswoman, told Reuters they did not have the age or nationality of the man.

"Our first concern of course was for his health," she told the outlet. "This is definitely very unusual that someone was able to survive the cold at such a height — very, very unusual." 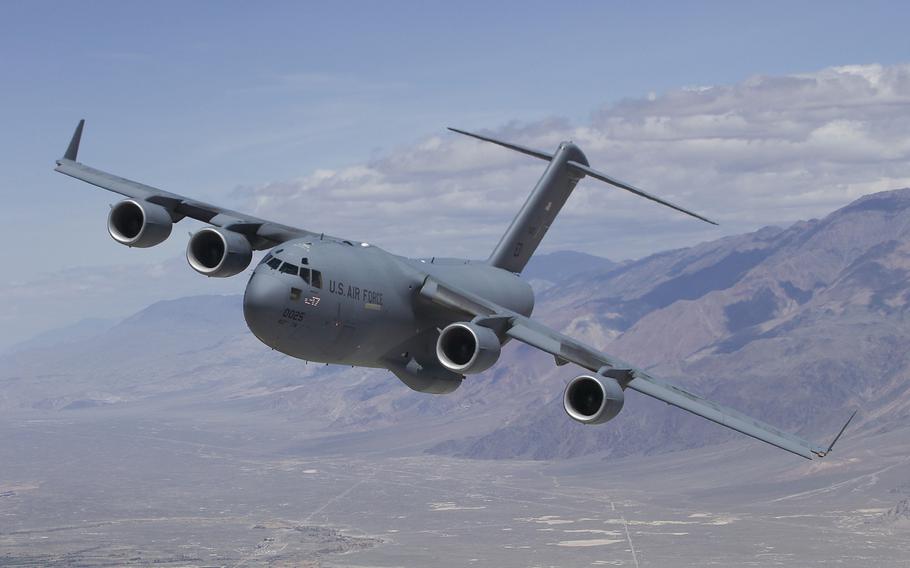 The C-17 Globemaster III T-1 flies over Owens Valley, Calif., for a test sortie. A cargo plane arriving from South Africa to Amsterdam’s Schiphol airport on Sunday had one unexpected package: a stowaway. (U.S. Air Force)