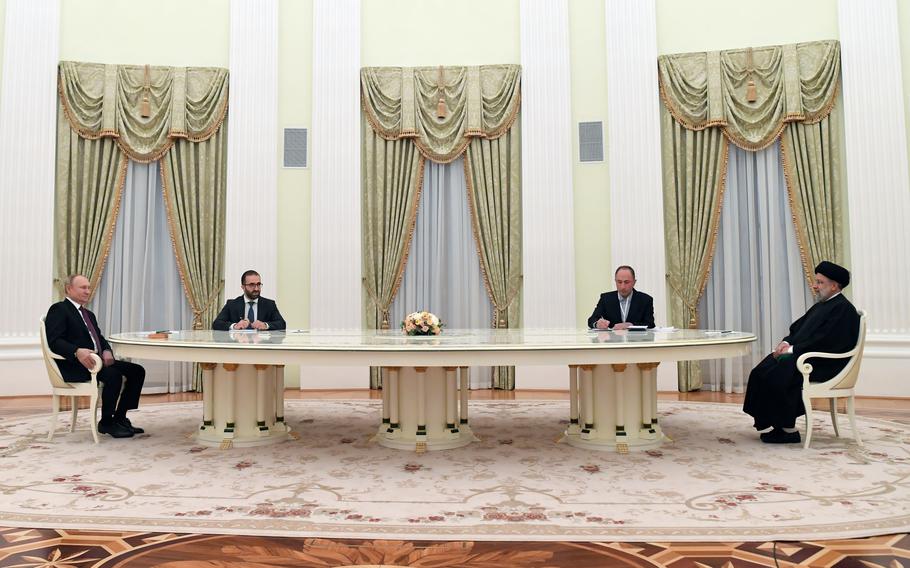 Russia’s chief negotiator at the Iran nuclear talks said it could take weeks longer than he previously thought to reach an agreement, revising expectations as European and U.S. diplomats warn that the window to save the accord is closing.

“If the talks continue at the pace they’re currently going, in principle it’s quite realistic to reach agreement by the end of February,” Mikhail Ulyanov told Rossiya-24 on Wednesday night, adding that a deal could be implemented by April. Last month, he said it would be possible to conclude talks to reactivate the 2015 pact by early February.

The Russian envoy said in a Twitter statement on Thursday, however, that he doesn’t rule out the possibility “that the negotiations can be expedited” to meet the original forecast. “The talks are already at an advanced stage,” he wrote.

The comments come as diplomats remain locked in an eighth round of negotiations in Vienna, with U.S. officials showing increasing signs of frustration at the pace of talks to revive the accord that lifted sanctions on the Islamic Republic in return for strict limits on its nuclear program.

Iran has gradually rolled back its compliance since the Trump administration abandoned the accord in 2018 and reimposed tight sanctions.

Iran and world powers have been struggling to resolve some key differences over how to restore the accord, whose disintegration provoked Tehran to significantly advance its atomic activities. If they manage to resurrect the agreement, the U.S. would be expected to lift its sanctions on Iran, making it easier for it to sell oil on global markets, a key source of income.

U.S. Secretary of State Antony Blinken said this week that negotiations cannot be allowed to drag on too much longer.

In an apparent effort to keep the talks alive, Iran’s foreign minister and a top security official dangled the prospect earlier this week of direct talks with the U.S. if Tehran senses that a “good” deal is within reach. Negotiations have so far taken place through the Europeans, Russians and Chinese, who remain party to agreement.

Ulyanov said Iran may start direct talks with the U.S. “rather soon” and that a restored deal would lift Washington’s sanctions on the Islamic Republic’s oil exports. He didn’t specify whether that meant a new accord would restore sanctions waivers for Iranian oil, or lift the penalties altogether.

In Tehran, however, hardliners close to Iran’s Supreme Leader Ayatollah Ali Khamenei appeared to reject the notion of direct talks with the U.S. The ultraconservative Kayhan newspaper admonished the powerful Secretary of the Supreme National Security Council, Ali Shamkhani, for leaving open the possibility.