DODEA students’ performance puts them ahead of most nationwide peers, study finds 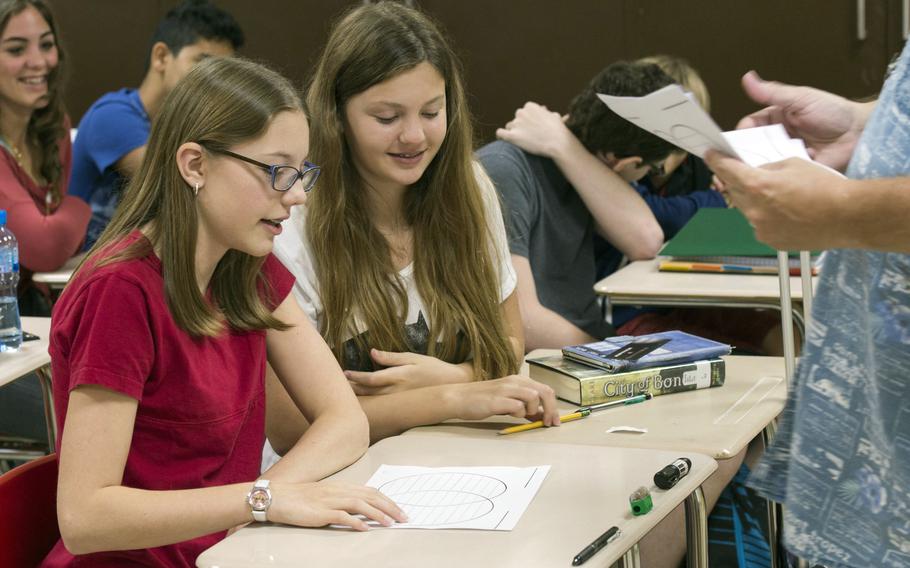 Eighth graders at the Bahrain school work on an assignment in 2015. Department of Defense Education Activity schools’ fourth graders and eighth graders ranked at or near the top of the field on the most recent national assessment of student achievement in math and reading. (Stars and Stripes)

Students at Defense Department schools more than held their own against their stateside peers, achieving some of the highest scores in the federal government’s last national assessment before the pandemic.

Department of Defense Education Activity fourth graders and eighth graders excelled in reading and math in 2019, and improved significantly compared to students tested earlier in the decade, the Government Accountability Office said in a report to Congress last week.

The congressional watchdog agency reviewed results from the National Assessment of Educational Progress, also known as the “Nation’s Report Card,” between 2011 and 2019. The test is administered every two years and DODEA is scored alongside the 50 states and the District of Columbia.

It was postponed in 2021 while many schools conducted remote instruction because of the pandemic. 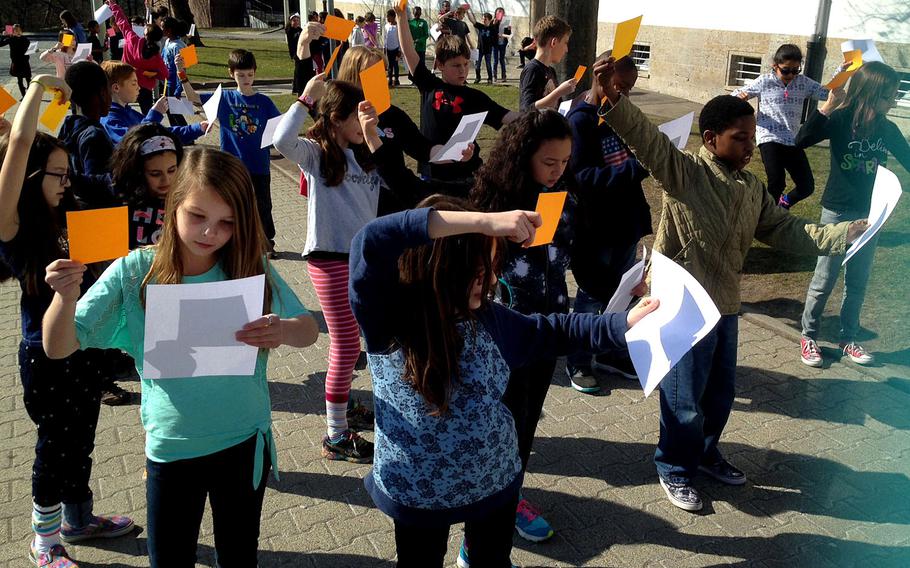 Fourth graders at Boeblingen Elementary and Middle School in Stuttgart, Germany, position sheets of paper to capture the reflection of the sun being eclipsed by the moon in 2015. A recent Government Accountability Office report singles out DODEA students in fourth and eighth grades for their excellent performances on a national assessment of math and reading over the past decade. (John Vandiver/Stars and Stripes)

The 2019 results show that in math, 54% of DODEA fourth graders scored as proficient or higher, while in reading, 49% were proficient or better. The math scores were higher than 98% of their state counterparts. Only Massachusetts’ scores were considered significantly higher, according to the administrators of the assessment.

In 2011, DODEA fourth graders scored higher than just 37% of their peers in math, compared to the states.

On the 2019 reading assessment, DODEA fourth graders outscored everyone else. That result built on competitive success dating back to 2011, when they performed better than 88% of their peers stateside.

Greater achievement among certain categories of students was just as stark. In 2011, for example, only 37% of states had lower scores than DODEA for Black students in fourth-grade math. In 2019, however, that number skyrocketed to 96%.

Among students with disabilities, DODEA scored higher than 98% of the states versus just 31% in 2011 in fourth-grade math.

GAO auditors did not offer their interpretation of why the DODEA school system saw such marked gains.

Proficiency on the assessment means “competency over challenging subject matter” and is not the same thing as being “on grade level,” which pertains to performance as measured by local curriculum and standards, according to administrators of the federal testing.

Some experts regard proficiency on the assessment as being significantly above grade level.

The testing is slated to be administered again this year.