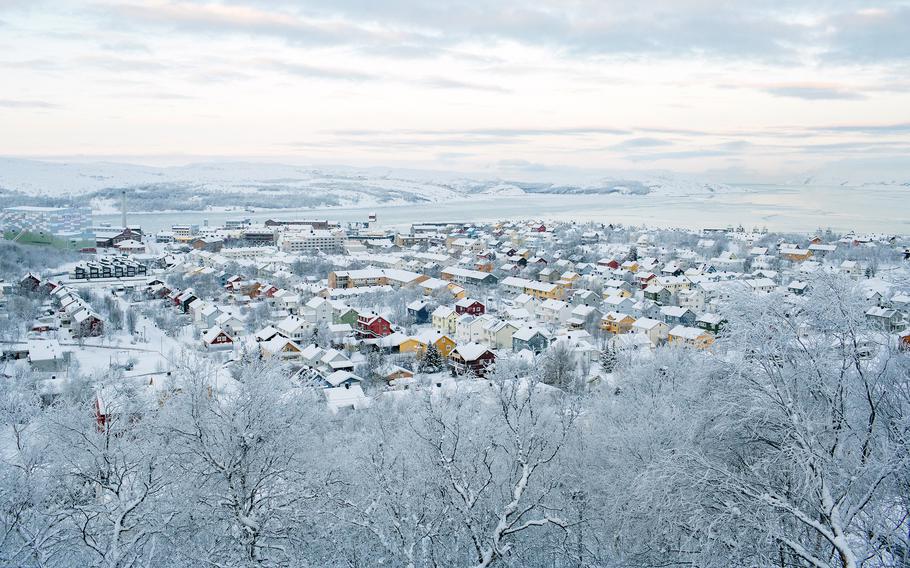 A union spokesman said the reuse of undergarments was "problematic" but expressed a greater concern over shortages leading to soldiers walking in woolen clothes full of holes in Norway's frigid north. (Ksenia Ivanova/for The Washington Post)

Now, Norway’s military is facing a supply shortage that is particularly personal: New recruits are being asked to wear previously used undergarments — including socks, bras and underwear — returned by conscripts after they complete their service.

The plan was originally meant to be voluntary, as the pandemic led to delivery delays. But officials have now made it mandatory to hand over all clothing and equipment for laundering and reuse upon graduation, Norwegian state broadcaster NRK reported.

Norway, a NATO member that shares a northern border with Russia, introduced compulsory military service for both men and women in 2015. About 8,000 recruits complete the program each year, and initial service generally lasts 12 to 19 months.

Until recently, the conscripts were allowed to keep undergarments such as underwear, wool socks and T-shirts, in addition to headgear and field boots, according to defense publication Forsvarets Forum, which first reported on the plan to recycle military kit.

Armed Forces spokesman Lt. Col. Vegard Norstad Finberg told the defense publication that the garments are laundered and checked for quality — with defective and worn items thrown away, and minor damage is repaired.

The Norwegian Ministry of Defense didn’t immediately respond to a request for comment on Sunday.

Eirik Sjøhelle Eiksund, a defense union spokesman, told NRK that the reuse of clothes was “problematic” but that clothing shortages also were leading to soldiers walking in woolen socks full of holes in the country’s frigid north, after they were issued only a single pair for their entire service.

A spokesman for the Armed Forces Logistics Organization told NRK it was these kind of shortages the military was trying to avoid with its plan for soldiers to return their undergarments after completing their service.

In the United States, outside of basic training, service members are free to choose what they wear under their uniforms.

The Marine Corps reportedly scrapped a male-only underwear allowance last year after an investigation found disparities between allowances given to male and female recruits. The previous allowance for men’s underwear wasn’t exactly enough to buy fancy briefs; it was 72 cents per year, according to military news organization Military.com.

A spokesman for the Marine Corps Uniform Board, Master Sgt. Andrew Pendracki, told Military.com at the time that underwear was issued to Marines in their initial sea bag and undergarments were considered personal items to be purchased at the individual’s expense following recruit training.