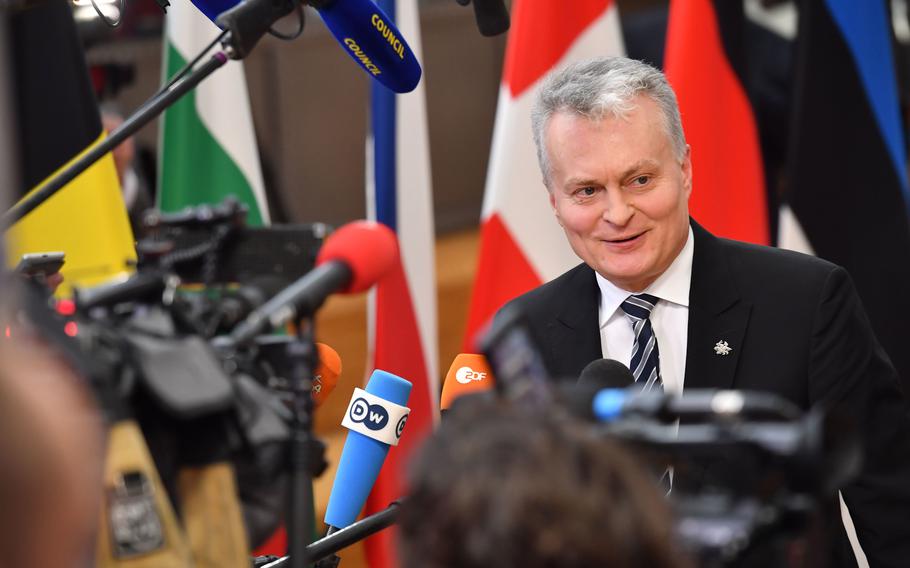 U.S. Trade Representative Katherine Tai told Lithuanian Foreign Minister Gabrielius Landsbergis on Wednesday that the Baltic nation had Washington’s support during a call that was held amid a dispute over Taiwan opening a representative office in Vilnius under its own name.

The two officials pointed out that the U.S. and European Union “as democratic market economies, share a number of core values and principles that we need to defend internationally.”

Lithuania faces unofficial trade hurdles and a downgrade of diplomatic ties with China after it allowed the office to open in its capital, a move Beijing deems a violation of its one-China principle. China also recalled its ambassador, though it denies it’s blocking the nation’s exports. The EU has raised the issue with the World Trade Organization.

Earlier Wednesday, Taiwan pledged to establish a $200 million fund to invest in Lithuania and open its markets to the country in reaction to what it calls China’s economic pressure.

Taiwan would use the fund to invest in areas such as semiconductors, lasers, biotechnologies and research, Eric Huang, the head of the representative office in Vilnius, said at a press conference. It will also send a team to assess Lithuania’s aspirations to develop a semiconductor industry, he added.

“The way to confront bullying is not to give up, it’s to work together,” Kolas Yotaka, the spokesperson for the Presidential Office in Taipei, said in a Tweet.

China lashed out at Taiwan over the fund, with Foreign Ministry spokesman Wang Wenbin saying at a regular press briefing Thursday in Beijing that independence will fail despite its “dollar diplomacy.”

He also had stern words for Washington, saying its actions prove it is trying to contain China. That reiterates an accusation Beijing often levels at the U.S. for allegedly trying to hinder its development.

“The U.S. has repeatedly tried to aid and abet the wrong acts of Lithuania to create ‘one China, one Taiwan,’ which gives the wrong impression,” Wang said.

Lithuania has sought to build closer economic ties with Taiwan, with with the goal of gaining a foothold its the chip sector. The drive started last year, when the Baltic nation left the Chinese-led 17+1 format, a group of EU states that Beijing uses to engage and influence the bloc.

Taiwan is also working to redirect some 120 containers of Lithuanian products that have been halted at Chinese ports and to open the island’s market for Lithuanian dairy and grain, Huang said. A Taiwanese company recently bought 20,400 bottles of Lithuanian rum that China refused to let into the country.

The dispute over the representative office has opened a political rift in Lithuania. President Gitanas Nauseda criticized the government for letting Taiwan open the facility using its name.

He later walked back the remarks, saying his position on the opening of the office remained positive.