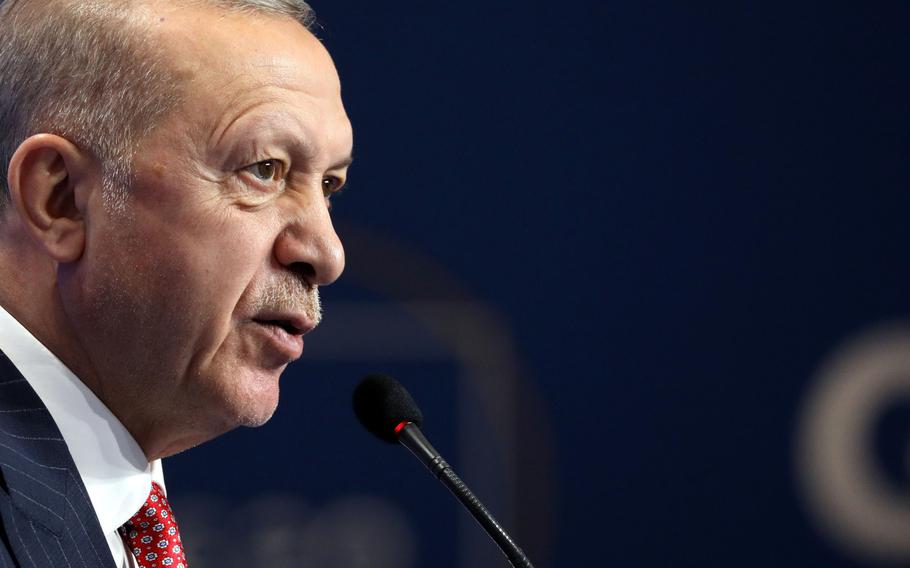 Longtime foes Turkey and Armenia will start new talks next week in Moscow to normalize relations and open the last Cold War-era closed border, a U.S. and European Union-backed goal that could curtail Russia’s clout in its backyard.

The Jan. 14 meeting comes more than two months after President Joe Biden urged Turkish President Recep Tayyip Erdogan at a meeting in Rome to work toward establishing diplomatic ties with landlocked Armenia and opening the countries’ shared border, according to previous comments by a senior Turkish official. Turkey shut the frontier in 1993 in solidarity with its ally Azerbaijan, which was fighting a war with Armenia over the contested territory of Nagorno-Karabakh.

Washington and European capitals are backing the talks to try to reach a lasting resolution to the conflict and counter Moscow’s influence in its Soviet hinterland. Russia’s determination to dominate the region is once again on display after it sent troops to quell protests in Kazakhstan. Turkey’s goals are to signal to U.S.-led NATO allies displeased by its purchase of Russian air defenses that it’s working to stop Russian expansionism, and to become a secure trade route between China and the West.

“The normalization with Armenia plays neatly into this picture. It would help Turkey weaken a little bit Moscow’s grip on the region and expand Turkish influence,” said Emre Peker, Europe director for Eurasia Group.

For landlocked Armenia, the normalization of ties “is a critical means to overcome isolation,” said Richard Giragosian, director of the Regional Studies Center in the Armenian capital, Yerevan.

Turkey and Armenia’s bitter enmity is rooted in the mass killing of Armenians in the Ottoman Empire, and tensions linger over how to characterize the events of 1915, during which 1.5 million Armenians were deported, killed and marched to their deaths. The Armenians, backed by the Biden administration, label it a genocide. Turkey, enraged by the characterization, says Armenians and Turks were killed in ethnic clashes during the collapse of the empire after Armenian groups sided with Russia in World War I.

In 2020, the Turkish military supported Azerbaijan as armed conflict with Armenia reignited over the disputed region of Nagorno-Karabakh, an enclave inside Azerbaijan with an Armenian ethnic majority. With firepower from Turkish-supplied armed drones, Azerbaijan reclaimed control of parts of Nagorno-Karabakh and surrounding territory. An uneasy truce was engineered by Russian President Vladimir Putin but a peace agreement hasn’t been signed.

Turkey has said the dispute over the genocide allegations won’t be on the table, and Giragosian interpreted the Armenian policy of no preconditions to mean “the genocide issue has been deferred and delegated to the post-normalization process of reconciliation.”

But the road could be rocky. “There’s a big risk” that the Armenian diaspora -- which in the past had insisted Turkey recognize the genocide -- is going to play a role in decision-making,” alongside the Armenian government, Peker said.

Earlier efforts to reach a detente following a 2009 agreement collapsed after Turkey demanded the withdrawal of Armenian forces from Nagorno-Karabakh as a precondition.

The new talks precede Ankara’s upcoming talks in Washington on issues including Turkey’s purchase of Russian S-400 air defenses, which has poisoned relations between the NATO allies. In preparation for the meetings, Turkish and Armenian envoys are expected to work on a roadmap that will include confidence-building measures, Turkish Foreign Minister Mevlut Cavusoglu said last week, while stressing that Turkey was in full coordination with Azerbaijan over steps to be taken.

If Turkey agrees to open its border, businesses on both sides of the sleepy frontier could thrive, as it would directly connect Armenia to one of the largest economies in the Middle East. Armenia lifted an embargo on Turkish goods on Jan. 1 in response to pressure from its own business community, which seeks an outlet for exports. The two countries have already agreed to restart direct charter flights soon.

“Armenia can unlock its economy. Ending the blockade will lessen both Iranian and Russian influence in Armenia,” said Michael Rubin, a resident scholar at the American Enterprise Institute. “At the same time, businesses in eastern Turkey would likely benefit as well. There really would be no losers.”