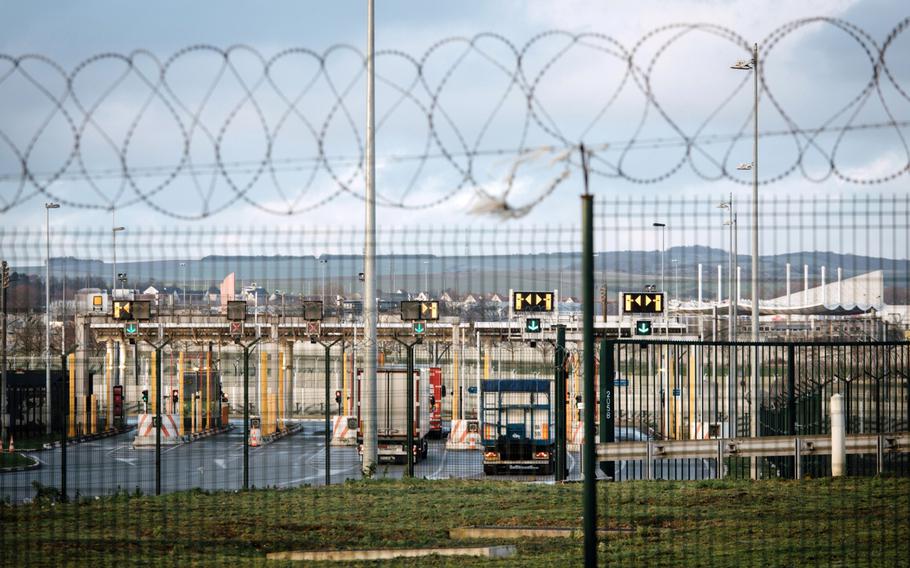 From Jan. 1, companies importing goods into Britain from the EU will be required to make full customs declarations. Food products will also have be pre-registered on an IT system, an extra bureaucratic burden which threatens to further worsen U.K.-EU trade flows already depressed by post-Brexit processes.

"It's going to catch a lot of people out," said Tom Maddison, director of operations at Buckle Shipping, a Felixstowe-based freight forwarder which shuttles goods between Britain and the EU. "It's quite worrying that supposedly big companies have still got no idea really what's going on."

The hit to trade could be significant. Since signing the post-Brexit trade agreement with the EU last year, Britain has taken a light-touch approach to its border with the bloc, delaying checks to give companies more time to adjust to additional trade barriers caused by Brexit.

But the EU imposed full customs controls on goods moving into the bloc at the start of this year. That helped to send total U.K.-EU goods trade down 15% this year from its 2019 level, compared with a 7% decline in non-EU trade. In October, U.K. trade in goods was 12.6 billion pounds ($16.7 billion) less than it would have been had Britain stayed in the EU, according to research by the Centre for European Reform, a think-tank.

One worry about the looming change is the impact on Britain's food supply, given about 30% of all food consumed in the U.K. is imported from the EU. From Jan 1., for example, to enter the busy port of Calais in France, hauliers carrying food will need a special number that references a declaration made on another IT system, known as IPAFFS.

Many lorries could arrive at Calais without having made the correct declaration and could be refused entry at the port, said Shane Brennan, chief executive of the Cold Chain Federation, which represents businesses which move chilled and frozen food.

"I'm worried," Brennan said. He noted that firms aren't stockpiling like they did before previous Brexit deadlines, which leaves them more exposed to any potential disruption. "The level of awareness of what is required out there is still quite low."

Trade in food was one of the worst-hit areas of post-Brexit commerce in 2021, with U.K. food exports to the EU down 20% in the first half due to extra paperwork and physical border inspections on the EU side, according to the Food and Drink Federation, a lobby group.

Britain won't introduce the full panoply of customs controls on food, including physical checks and the requirement for goods to enter through specific border control posts, until July 2022.

While firms have so far been able to defer filing customs declarations on imports from the EU, that will change in January: they will be required to file a full declaration at the point of entry.

There is a strong sense in the haulage industry that many companies have been taking advantage of the deferral option and not filing declarations at all, said Steve Cock, director of customs consultancy at The Customs House, a Kent-based customs broker.

HMRC, the U.K.'s tax authority, has recently been writing to importers to remind them of their obligations to file declarations, a sign that the government is toughening its stance on the issue. Having a broker fill out a customs declaration typically costs about 50 pounds per shipment -- making customs brokerage one of the boom industries of Brexit.

Another threat to business readiness for the Jan. 1 changes is apathy: Many firms don't believe that the extra processes will actually come into force given that the British government has repeatedly pushed back Brexit deadlines in the past, said Anna Jerzewska, founder of Trade &amp; Borders, a customs consultancy.

Given the lack of readiness, "there will definitely be some importers that will be turned away," Jerzewska said. "I don't think we'll see complete chaos -- but there will be some disruptions."