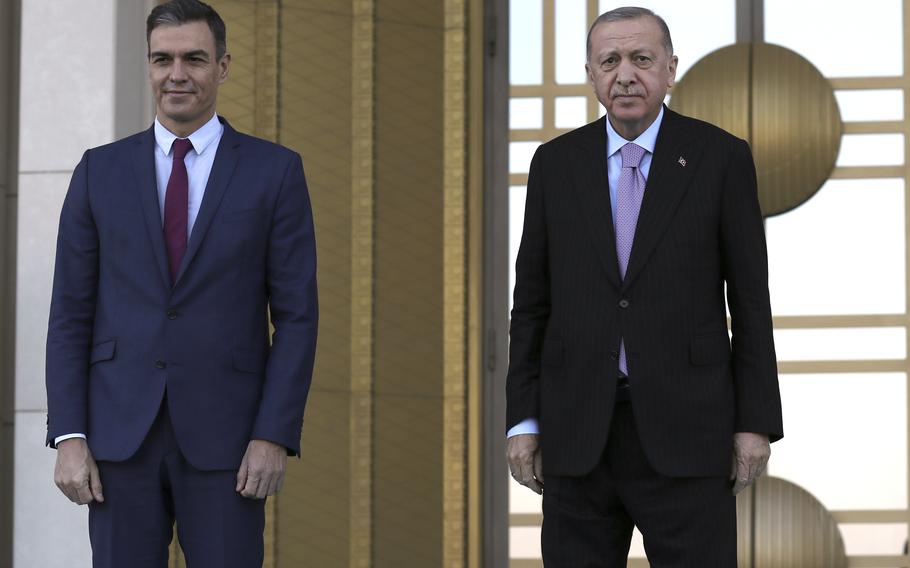 The lira, which had already lost 45% of its value over the year, fell to 13.45 to the dollar in the late afternoon, though it later clawed back some losses. Many laid the blame on the policies of Erdogan, who has pushed Turkey’s central bank to keep interest rates low, despite the havoc it’s played on the country’s currency. (Burhan Ozbilici/AP)

The Turkish lira suffered a historic crash Tuesday, dropping by more than 15% against the dollar after President Tayyip Erdogan gave an evening speech in which he defended an unorthodox economic policy that economists have dubbed “insane” and “irrational.”

The lira, which had already lost 45% of its value over the year, fell to 13.45 to the dollar in the late afternoon, though it later clawed back some losses. Many laid the blame on the policies of Erdogan, who has pushed Turkey’s central bank to keep interest rates low, despite the havoc it’s played on the country’s currency.

In his remarks Monday evening, Erdogan framed the economic crisis as another foreign plot against Turkey, comparing it to a 2016 coup d’etat attempt that failed to push him from power.

“With the help of Allah and the support of our nation, we will emerge victorious from this war of economic liberation, just as we brought our country out of all these traps and calamities,” Erdogan said after leaving a meeting with his cabinet.

Erdogan’s insistence on low interest rates is prompted by his belief that Turkish businesses should have easy access to cheap loans. The Turkish president argues that high interest rates not only slow the economy but also cause prices to increase.

That second theory flies in the face of conventional economic wisdom. And so far, reality has flown in the face of Erdogan, with inflation nearing 20% in October, exacerbated not only by economic mismanagement but by global woes amid the pandemic recovery.

Investors reacted negatively to Erdogan’s refusal to change course. “Insane where the lira is, but it’s a reflection of the insane monetary policy settings Turkey is currently operating under,” strategist Tim Ash wrote in one analyst note for Blubay Asset Management.

“We need to abandon this irrational experiment, which has no chance of success, and return to quality policies that will protect the value of the Turkish lira and protect the welfare of the Turkish people,” Semih Tumen, a former Turkish central bank deputy governor who was dismissed in October, wrote on Twitter.

In a statement Tuesday evening, Turkey’s central bank emphasized that it did not control currency exchange rates. The bank said the statement was necessary to “warn our companies and citizens against possible losses in extremely volatile market conditions trading at values that are completely far from economic fundamentals.”

The only time in Turkey’s history that saw a one-day slide as bad as Tuesday’s was in 2018, when it dropped 18% against the dollar. That dive came after then-President Donald Trump tweeted that he would be doubling steel and aluminum sanctions on Turkey amid a diplomatic standoff between Washington and Ankara.

Tuesday’s slide, and Turkey’s broader economic turmoil, will be laid squarely at the feet of Erdogan, who has been at the center of Turkey’s national leadership since 2003.

Ali Babacan, a former economy minister for Erdogan’s ruling Justice and Development Party, or AK Party, added to the criticism from former insiders.

“They are trying to disguise the increase in the exchange rate as a liberation war. They are trying to deceive people who are left with dry bread in their hands as if they are defending their homeland,” wrote Babacan, who now leads an opposition party.

“This is no longer ignorance, it’s BETRAYAL!” former prime minister Ahmet Davutoğlu wrote on Twitter, calling on all political party leaders to stand up against Erdogan’s policies.

So far, there’s little sign that the Turkish president is moved, though official sources noted that he had met with Turkey’s central bank governor Tuesday in Ankara. In his speech Monday, Erdogan had said that his economic theories would be proven right - eventually.

“I would like to underline once again that with these policies, we know very well what we are doing, why we do it, how we do it, what risks we face, and what we will achieve in the end,” he said at the end of his speech.