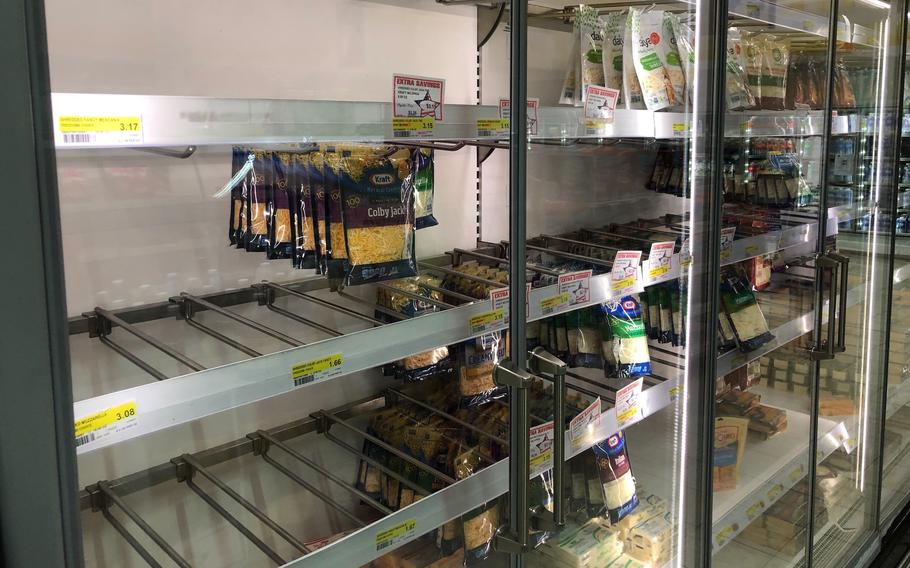 KAISERSLAUTERN, Germany — Some commissary and exchange stores at U.S. bases overseas may be unable to keep certain items in stock during the holiday season because of supply chain delays affecting retailers worldwide, store officials said.

“Right now, the flow of products to our stores overseas is below preferred levels but is flowing,” said Kevin Robinson, a Defense Commissary Agency spokesman. “Our customers will see some holes on shelves as we continue to work with our distributors to get the products we need, especially to our stores in Europe and the Pacific.”

Manufacturer cuts, distributor labor and driver shortages, shipping delays and port congestion have placed a strain on DECA’s overseas distribution centers “to receive what we ordered and on schedule,” Robinson said in a statement Friday.

Robinson didn’t specify which products are in short supply. But the Wiesbaden, Germany, commissary on Hainerberg told customers last week that it was temporarily out of some chilled items, such as lactose-free and almond milks, cheese, lunch and breakfast meats, sour cream, cream cheese, non-dairy creamers, canned biscuits, butter and yogurt. Milk and egg supplies are locally sourced and unaffected, the commissary said. 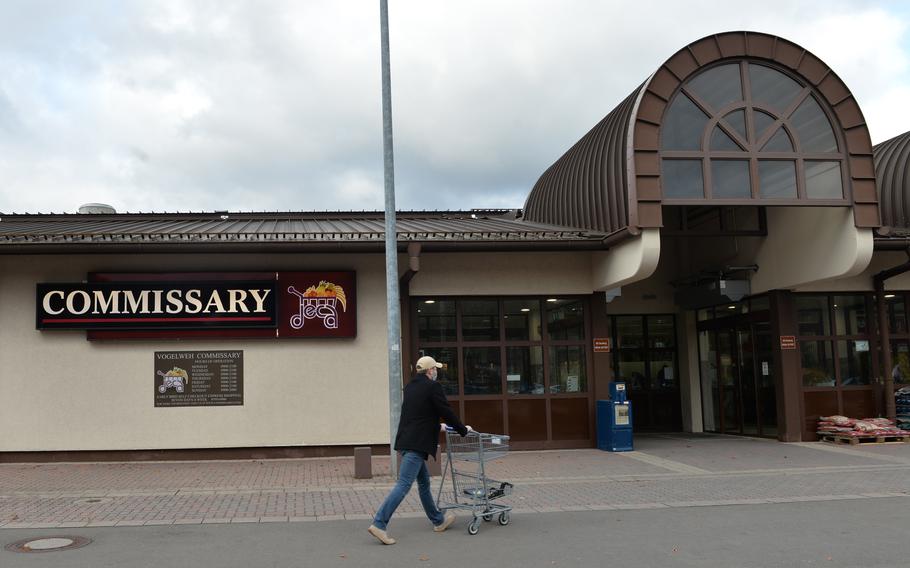 Buy Photo
A shopper walks toward the Vogelweh Commissary in Kaiserslautern, Germany, on Nov. 22, 2021. Some commissaries in Europe are having difficulty in restocking certain items as a result of shipping delays and truck driver shortages. (Alexander W. Riedel/Stars and Stripes)

Some dairy products were being restocked Monday afternoon, according to one customer.

Global supply chain problems brought on by the pandemic have been affecting retailers worldwide for months.

Those challenges include container shortages, coronavirus-related factory shutdowns, port congestion and capacity limitations, driver availability as well as limited truck and rail capacity, said Chris Ward, a spokesman for the Army and Air Force Exchange Service at the company’s headquarters in Dallas.

Electronics, athletic footwear, men’s and women’s clothing, appliances and furniture stocks have been affected, Ward said in a statement Friday.

Ward said the agency is working with manufacturers and suppliers to prioritize support of the military community.

He said the problems have delayed shipments to exchange stores by up to one week, and he advised customers to shop early for the holidays.

DECA is working closely with senior leaders at each location “to overcome any challenges that might impact the timely delivery of products to stores,” Robinson said. The agency prioritizes shipments to overseas and remote locations within the U.S., and has expedited high-demand items to overseas, he added.

“We want our customers to know we are doing everything we can, and more, to get the products they need onto their store shelves - especially to our overseas commissaries,” he said. “If they happen to see empty shelves in the store, please be patient - the store will be restocked often the very next day.”

Stars and Stripes reporter David Edge contributed to this report.