Johnson is failing to contain fallout from U.K. lobbying scandal 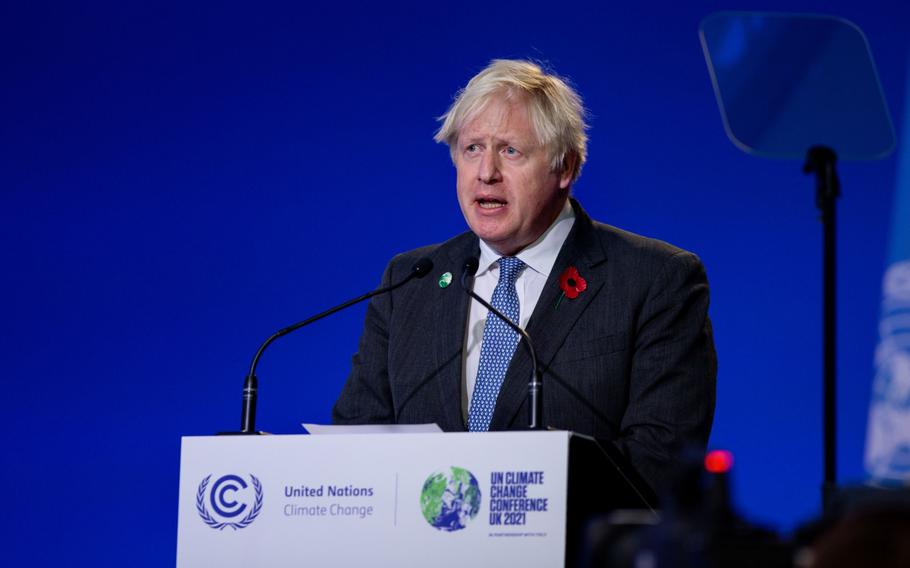 Boris Johnson is struggling to repress the U.K. backlash over his defense of a ruling party lawmaker who broke lobbying rules, as even typically friendly newspapers took aim at his ruling Conservative Party.

The British prime minister on Monday refused to apologize for his decision last week to tear up parliamentary rules on standards rather than accept the suspension of Owen Paterson, a Tory MP found guilty of paid advocacy. Johnson then missed an emergency debate in the House of Commons, raising anger from his own side and opponents benefiting in the polls from the fallout.

Johnson was ultimately forced to perform a U-turn in the face of widespread condemnation over the move to protect his friend Paterson, a former minister and an early advocate of Brexit.

But the decision to intervene in the first place is now escalating into a crisis for the government, one that is sticking to the front pages and cutting through with voters. “Just say sorry for the mess, prime minister,” the Conservative-leaning Daily Express headlined in its Tuesday edition.

By trying to help Paterson, Johnson has reignited broader allegations of sleaze -- British media shorthand for questionable actions ranging from corruption or secretive financial arrangements to sex scandals -- against his Conservatives.

The question is whether this is the moment that permanently takes the shine off Johnson’s leadership. There is precedent: former Tory leader John Major’s premiership was sunk in the 1990s by sleaze allegations and the cash-for-questions scandal, which has echoed through Paterson’s case of paid lobbying.

On the flip side, Johnson’s made a habit of surviving probes into his own behavior, relying on charm and popular appeal to ride out scandals that would have ended others’ careers. Even as an investigation into the refit of his Downing Street apartment -- which put the focus on his chaotic finances -- hangs over him, there is a sense he’s likely to get through this latest storm.

Still, the mishandling of the Paterson affair has opened the door to criticism of his Tory colleagues. The Daily Mail newspaper reported on former Attorney General Geoffrey Cox’s second job advising the government of the British Virgin Islands, from where he voted by proxy in the U.K. Parliament.

The scrutiny has damaged Johnson’s standing in his own party and continues to put the prime minister’s office on the back foot. There’s also growing evidence the scandal is cutting through with voters, as Johnson’s approval rating slumped to a record low in an Opinium poll for the Observer newspaper. The Tories’ lead over Labour fell to just a single percentage point.

Though Johnson narrowly won the original vote to intervene in Paterson’s case, 13 Tory lawmakers voted against the government and dozens more abstained against orders. Paterson himself resigned as an MP following the government’s eventual U-turn.

On Tuesday, Johnson’s spokesman, Jamie Davies, revealed the government will allow MPs to vote on reversing its attempt to rip up Parliament rules on standards, and approve the original verdict against Paterson. He also said the prime minister wouldn’t back a ban on politicians holding second jobs if it’s put forward by MPs.

But there was again no sign of an apology from Johnson, which is unlikely to go unnoticed by Tory MPs who say they have been undermined by the government’s handling of the Paterson affair.

If the “team captain gets it wrong, he should come and apologize to the public and to this House,” prominent rank-and-file Tory MP Mark Harper said during Monday’s debate in Parliament. “That is the right thing to do to demonstrate leadership.”