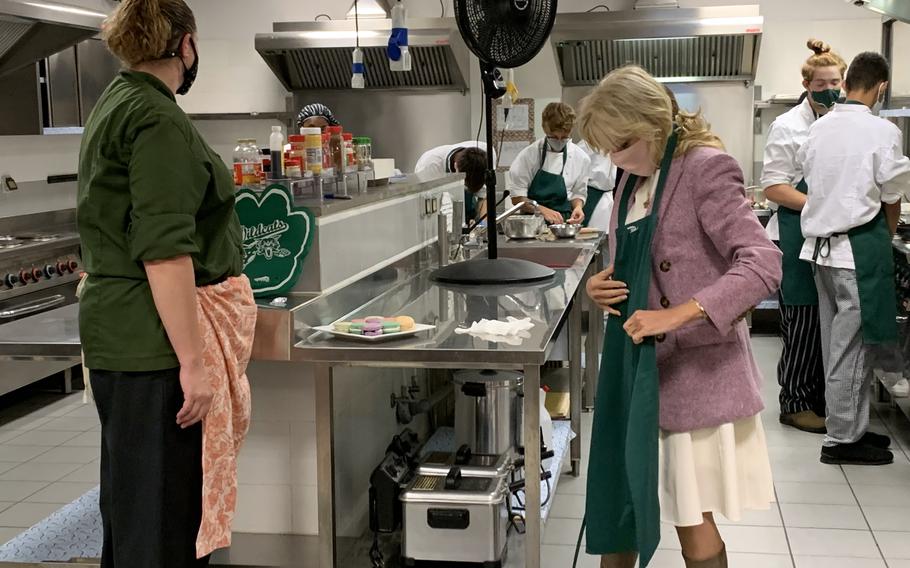 NAPLES, Italy — First lady Jill Biden fostered a storytelling atmosphere during her visit Monday to a Defense Department school, sharing reminiscences of her own before encouraging students to do the same.

“Not everyone knows what it’s like to be in your shoes,” Biden said at a pep rally at Naval Support Activity Naples Middle/High School. “You face unique challenges, and your stories don’t get told.”

One student who took her up on the invitation to speak told of the bullying he had endured at previous schools because of his sexuality. He said he had been called names and put in trash cans for being gay.

But things changed after he came to Naples, the boy said.

“It’s a warmth,” he said of the support and acceptance he found at his new school.

He earned a standing ovation from his peers, as well as encouragement from Biden.

“This truly is a family at this school,” said Biden, who is also a teacher with a doctorate in education.

A girl who addressed the crowd told of the difficulties of moving repeatedly and the anxiety she felt each time. Another boy said that knowing he is an American gave him a source of pride and strength. 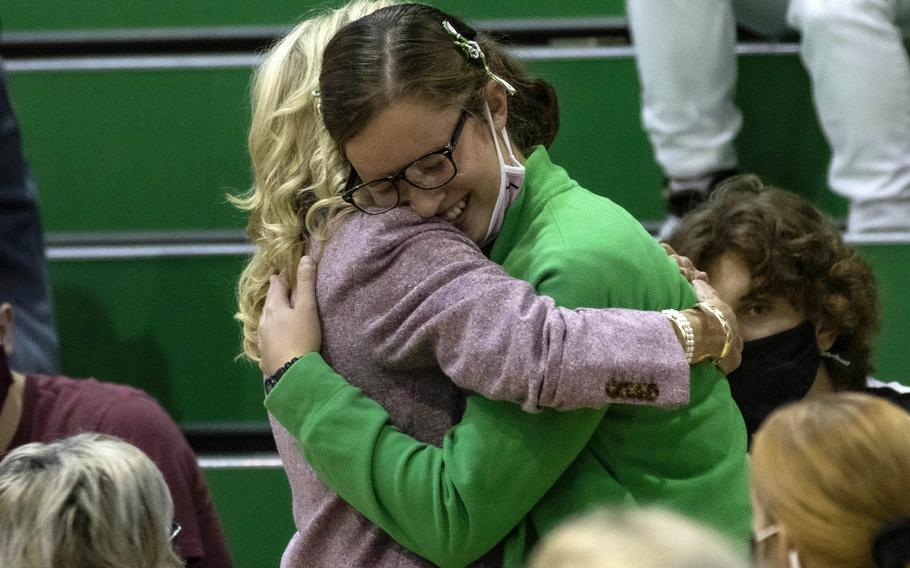 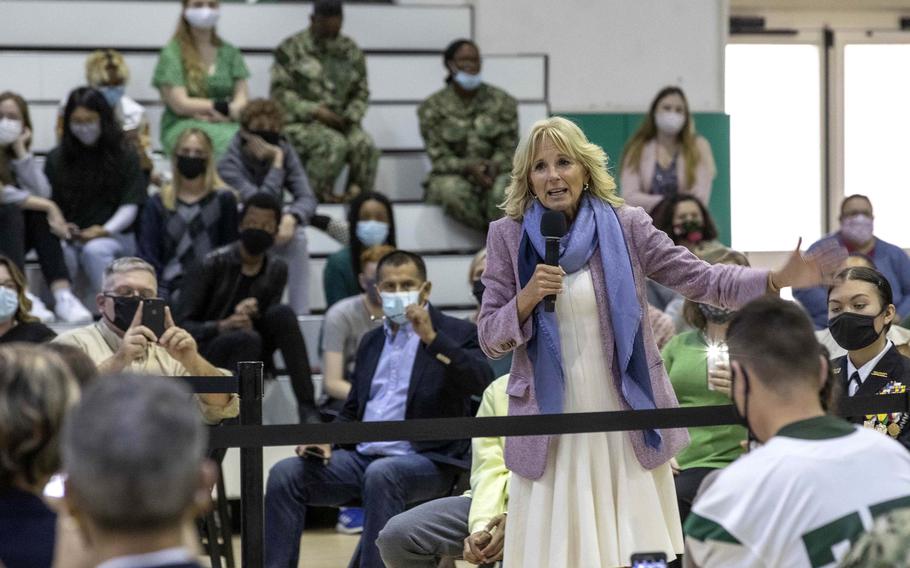 Biden told the audience she was inspired to advocate for military families by the hardships her own grandchildren faced when their father, Maj. Beau Biden, who died in 2015 from cancer, had deployed with the Delaware Army National Guard.

The students’ stories showed strength, resilience and adaptability, she said to the audience, which included parents, school employees and military personnel.

The first lady also spoke with students on an earlier tour of the school, which included the robotics lab and a kitchen. In a cooking class, she shared stories about her Italian heritage and her grandmother’s kitchen prowess.

“She would cook noodles and hang them on the racks to dry,” Biden said while wearing an apron she had donned for preparing ravioli with the students.

Her visit to the school lasted a little over an hour. She also met with Navy officials and service members before departing Naples.