A woman won a million-euro Spanish literary prize. It turned out that ‘she’ was actually three men. 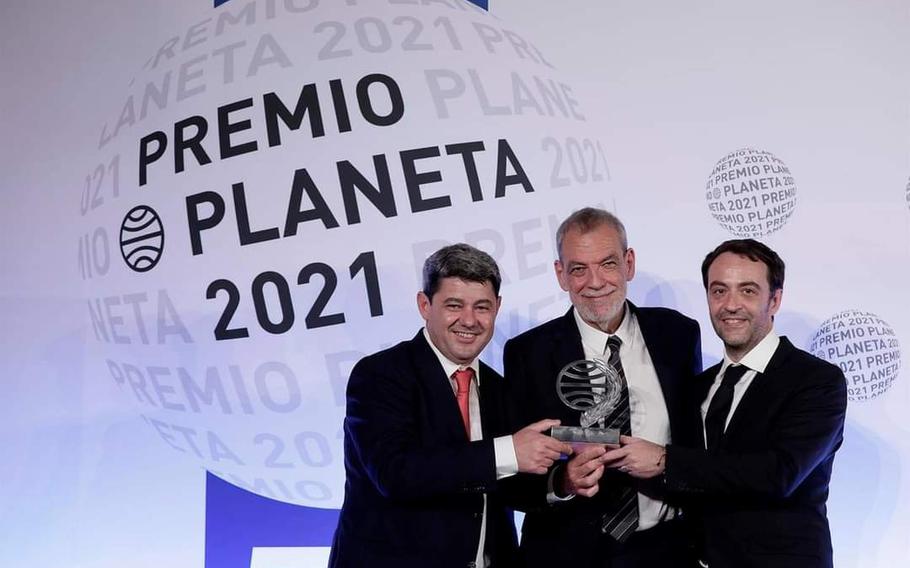 The work of one woman was, it turned out, the equivalent of the labors of three men.

That was at least the case for Spain's top writer of crime thrillers, a professor and mother who wrote under the pseudonym Carmen Mola, supposedly to maintain her anonymity.

But on Friday night, at a ceremony to award the 1 million euro ($1,160,000) Planeta literary prize to Mola for her historical thriller "The Beast," three men ascended the podium and claimed the award instead.

Mola's gripping, often-gory novels starring strong female protagonists have been likened to the work of Elena Ferrante, a pseudonym for a widely popular Italian writer.

Mola is best known for a trilogy starring a "peculiar and solitary" female police inspector "who loves grappa, karaoke, classic cars and sex in SUVs," according to publisher Penguin Random House. That trilogy has been translated into 11 languages and is being adapted for television.

Last year, a branch of Spain's Women's Institute listed Mola's "The Girl," a part of the trilogy, as one of the must-read books and films by women that "help us understand the reality and the experiences of women."

Mola's latest work, "The Beast," is a historical thriller centered on the murder of children in Madrid during a cholera outbreak in 1834.

Only the writers spinning these tales were really Jorge Díaz, Agustín Martínez and Antonio Mercero — established Spanish television scriptwriters in their 40s and 50s.

"Carmen Mola is not, like all the lies we've been telling, a university professor," Díaz said after winning the Planeta prize, the Financial Times reported. "We are three friends who one day four years ago decided to combine our talent to tell a story."

The trio have said they chose the name by chance and for fun — without paying any particular thought to the gender of the name or the possible implications.

"I don't know if a female pseudonym would sell more than a male one, I don't have the faintest idea, but I doubt it," Mercero told Spain's El País newspaper. "We didn't hide behind a woman, we hid behind a name."

"Quite apart from using a female pseudonym, these guys have spent years doing interviews," Beatriz Gimeno, a former head of the Women's Institute, wrote on Twitter after the award's announcement. "It's not just the name — it's the fake profile that they've used to take in readers and journalists. They are scammers."

The author page for Mola on their agent's website includes a black-and-white photo of a slim woman with her back turned to the camera.

"It hasn't escaped anyone's notice that the idea of a university professor and mother of three who taught algebra classes in the morning then wrote ultraviolent, macabre novels in scraps of free time in the afternoon made for a great marketing operation," Spain's El Mundo newspaper wrote in an interview with the authors.

In the past, countless women have published under male pseudonyms to protect their privacy and circumvent commercial and social biases against female writers.

In a further twist, "The Beast" was first submitted for consideration for the prize under a different pseudonym; the authors then attributed the work to Mola. The prize is awarded to an unpublished manuscript, which, as part of the terms, must be produced by Planeta Group's publishing house.

The book is due out next month, reportedly with Mola listed as the author.