Populist leaders in Europe reel from a weekend of shocks 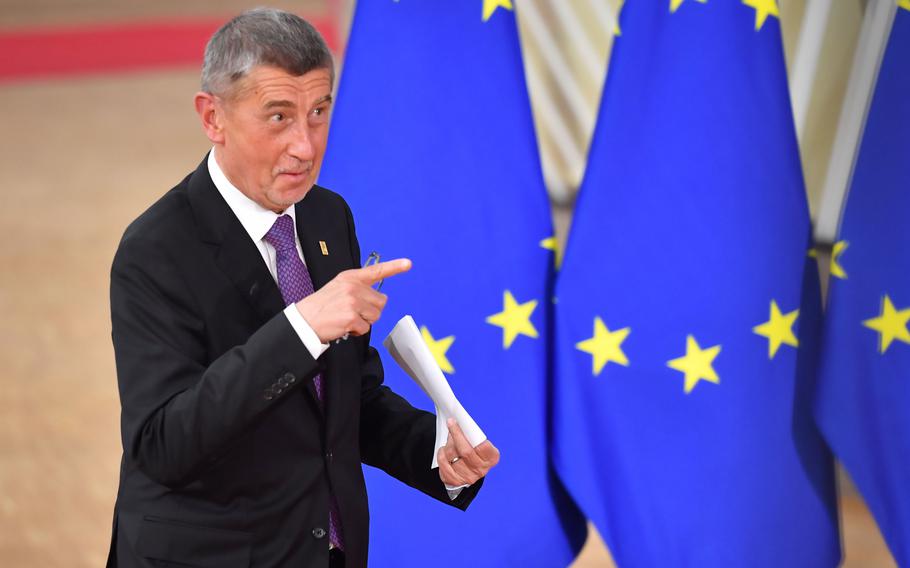 The abrupt resignation of one leader, a shock election defeat for another, and tens of thousands of anti-government protesters flocking to the streets in one of the region’s capitals.

Central Europe is used to the odd political earthquake, but few have come together to threaten the order recently as much as in the past few days. And as Chancellor Angela Merkel steps down next door in Germany, the developments could prove critical for the European Union’s backyard.

The most seismic was in Austria, where Chancellor Sebastian Kurz resigned over a corruption scandal. He denies all allegations against him and will still wield influence, but it’s a decisive setback. Elections in the neighboring Czech Republic dealt an unexpected blow to billionaire Prime Minister Andrej Babis, who is now reliant on an ailing president to give him a shot at clinging to power.

In Poland, more than 100,000 people took to the streets at the weekend to demonstrate against the Warsaw leadership after a court ruling further raised their doubts over the country’s commitment to membership of the EU. The government called it all “fake news” but that such a question is being asked in the biggest net recipient of EU money is astonishing in itself.

None of this is good news for Hungary’s Viktor Orban, the region’s populist trailblazer who has seemed unassailable since returning to power in 2010. A group of opposition parties is in the process of picking a leader who can spearhead an election challenge next year, with a key poll showing Orban’s Fidesz is now behind.

One of the hallmarks of European politics in recent years has been the entrenched division between the erstwhile upholders of unity in the west and the increasingly rogue former communist states in the east, namely Poland and Hungary with some occasional support from the Czech Republic.

But Austria has also played its traditional role with a foot in both camps. Kurz, 35, Europe’s youngest leader, was at the vanguard of the populism that gripped the EU after the refugee crisis that presaged Brexit and the rise of Donald Trump and provided so much succor to the Polish and Hungarian leaders.

While the pandemic may have emboldened populist leaderships, it also seems to have put them on more shaky ground. That’s also playing out further east, too. Bulgaria is facing its third general election in less than a year and Romania is in the middle of a protracted crisis and searching for a 10th premier in as many years while fighting off the worst coronavirus outbreak since the pandemic erupted.

Here’s a snapshot of what’s unfolding in each country.

Kurz’s demise is unlikely to be mourned west of Vienna. His anti-immigration stance caused trouble for Merkel and he also made life difficult when the EU needed everyone to support a pandemic recovery fund, albeit deciding not to threaten to veto it like Poland and Hungary.

A comeback can’t be excluded. He bounced back from a 2019 sleaze scandal that toppled his earlier stint in government. He has also put forward an ally, Foreign Minister Alexander Schallenberg, with a view to still exerting influence. He does have a fight on his hands, though.

Prosecutors suspect him and nine others of using taxpayer money to plant manipulated opinion polls in tabloids to orchestrate his rise to power. Legal proceedings could drag on for years. Leaked text messages showing derogatory comments about fellow People’s Party officials have also prompted influential regional leaders within his group to distance themselves from Kurz.

The situation in the Czech Republic is more volatile. The surprising election defeat for Babis, 67, concludes seven years of political dominance strewn with attacks on European institutions and the media. His ally, President Milos Zeman, may still try to keep the billionaire chemical and farming magnate in office for weeks or even months, but the pair’s total grip on power looks like it’s coming to an end.

Complicating matters further, Zeman was rushed to hospital shortly after holding the first post-election talks with Babis on Sunday. Meanwhile, the five parties that won a combined majority have vowed to oust Babis, who is also locked in a long-running battle with the European Commission over conflicts of interest and whether he directed EU funds toward his agri-food conglomerate.

Orban has progressively lost allies in the EU as he turbo-charged a nationalist agenda, and had backed Babis during the Czech campaign. Kurz, meanwhile, had been one of the few western leaders to share some of the Hungarian leader’s staunchly anti-immigrant views.

Hungary’s opposition, which has united for the first time, opened a lead against the ruling party after mobilizing voters during the country’s first-ever primary, according to a poll published on Monday. That has prompted Orban, 58, to double down on election-year spending, including by offering a $2 billion tax rebate as well as wage and pension hikes.

Law & Justice Party leader Jaroslaw Kaczynski, 72, once promised to recreate what Orban calls his “illiberal democracy” in Poland and has spent years pursuing that project. The question now, though, is whether the leadership in Warsaw has gone too far.

The government slammed the opposition for spreading “fake news” at the biggest protests this year, denying claims that ministers had plans to pull the nation out of the EU. At a Sunday protest in Warsaw, opposition leader and former European Council President Donald Tusk accused Law & Justice of undermining Poland’s membership.

The demonstrations across the country were sparked by a top court ruling last week that the Polish constitution overrides some EU laws. The verdict from the court, stacked by the justices appointed by the ruling party, has plunged Poland’s already strained relations with the EU to a new low and threatens to sink $42 billion (36 billion euros) that the country requested from the bloc’s pandemic aid fund.