Only Russian gas can save Europe in cold winter, expert says 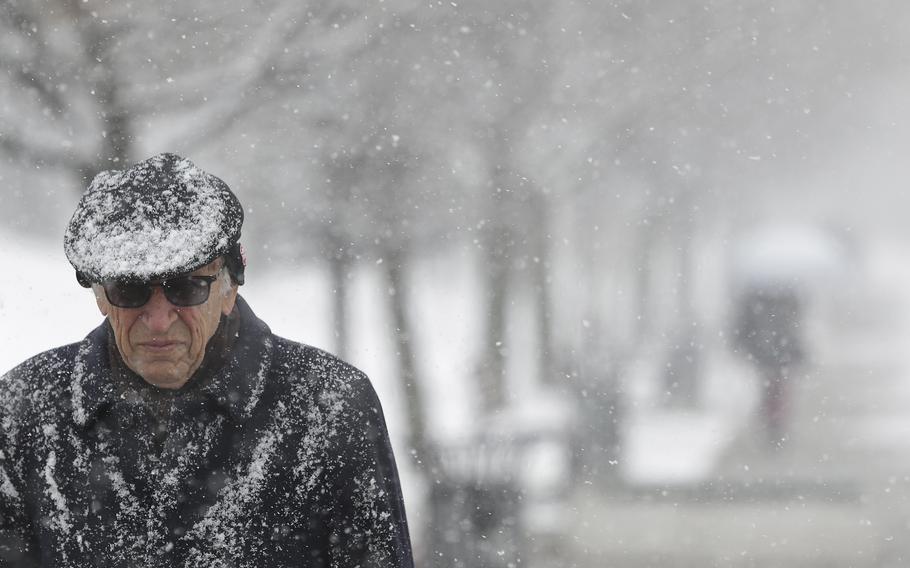 A man makes his way through snowfall in Sarajevo, Bosnia, Tuesday Jan. 22, 2019. Heavy snow descended on the Balkan countries causing havoc throughout the region. (Amel Emric/AP)

Europe may face gas shortages this winter if the cold weather depletes storage levels to zero, leaving the region entirely dependent on additional flows from Russia, according to consultant Wood Mackenzie.

If Europe and Asia experience cold winters, there won’t be enough gas to meet demand unless extra volumes flow from Russia, Massimo Di-Odoardo, vice president for gas and LNG research at Wood Mackenzie, said in a note.

With European inventories at record-lows, the world is watching for any signs of extra supply from Russia. Earlier this week, prices finally eased after President Vladimir Putin signaled offers to ease gas-supply shortages. Futures in Europe have broken record after record in recent weeks and are up about 400% since the start of the year. Uncertainty over the timeline for the Nord Stream 2 pipeline starting up and if Gazprom PJSC will send extra volumes via existing routes across Ukraine and Belarus, are key price drivers.

“This winter could be one like no other,” Di-Odoardo said. “A cold winter in both Europe and Asia would risk European storage levels dropping to zero, leaving Europe dependent on timely approval of Nord Stream 2 or Russian willingness to ship more gas through Ukraine if it is to avoid demand curtailments.”

European inventories will reach 87 billion cubic meters by the end of October, and the region will use about 58 billion cubic meters of that supply to meet the winter demand, according to Wood Mackenzie. If temperatures are within normal seasonal levels, however, Europe won’t have any issues meeting its demand, leaving stockpiles in a comfortable range by the end of March, which should help to ease prices, he said.

But in the cold weather, “Europe would be wholly dependent on Russian flows above existing capacity,” Di-Odoardo said.

If Nord Stream 2 is approved by the end of the year, it could deliver as much as 12.5 billion cubic meters through the winter and provide some respite, Di-Odoardo said. But Europe would also require almost that amount of gas again flowing via Ukraine above the current ship-or-pay agreements, he said.

To add to that, if the winter is also cold in Russia, Gazprom may only have sufficient volumes to ship extra fuel either via Nord Stream 2 or through Ukraine’s pipelines, but not both, he said.

Russia has been overwhelmed with demand also at home where it needs to prioritize filling domestic inventories as questions remain over available extra production volumes.

“The sky could be the limit for European gas prices this winter,” Di-Odoardo said.