Kurz vows to remain as Austrian leader despite investigation 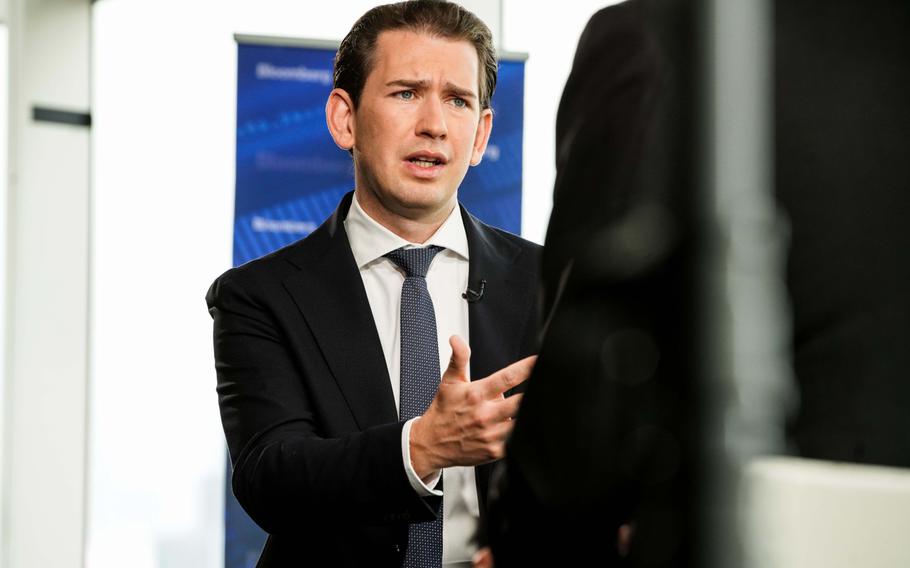 AUSTRIA 354 words · 1 photo Kurz vows to remain as Austrian leader despite investigation Sebastian Kurz said he wants to stay on as Austria’s chancellor despite a corruption probe, but will accept the outcome if the junior Green party seeks another coalition.

“We stand by this government and the government agenda, and all the things that we have planned to do,” Kurz said.

Kurz made brief comments to reporters outside the Chancellery in Vienna, as he headed into a meeting with Austrian President Alexander Van der Bellen. He emerged about 30 minutes later, saying that it had been a good talk but providing no details.

Kurz, 35, and his inner circle have been implicated in a corruption investigation that is testing the fragile two-year coalition between his People’s Party and the Greens.

In the wake of the scandal, the Greens have questioned Kurz’s ability to hold on to power and are seeking talks with other parties.

“We cannot just go back to business,” Vice Chancellor Werner Kogler, who also leads the Greens, said in a series of tweets. “That is why I am looking for a conversation with the Federal President and all parliamentary parties.”

State leaders from Kurz’s party have pledged support, though, while his fellow cabinet members said they’d only be part of a government led by him.

Anti-corruption prosecutors raided the offices of several Chancellery staff on Wednesday for their alleged role in funneling federal funds to a newspaper publisher to orchestrate Kurz’s rise in government.

The investigation has reached a stage where the Chancellery’s ability to execute its duties has been drawn into question, Green Party chief and Vice-Chancellor Werner Kogler said in a statement on Thursday.

Kurz has denied any wrongdoing and said it was part of political efforts to remove him from power. Text messages revealed in a search warrant didn’t implicate him and related to normal cooperation between government and media, Kurz told the public broadcaster ORF late Wednesday.