MOSCOW — Twenty-eight people were killed when a Soviet-era An-26 plane crashed in poor weather and low visibility in Russia’s Far Eastern region of Kamchatka Tuesday. There were no survivors.

Vladimir Solodov, the region’s governor, said the plane appeared to have been going around, making a second attempt to land at Palana Airport when it crashed. He said the fuselage and debris were found on the shore and in the sea.

Interfax cited a source saying that the plane collided with a rocky cliff as it approached. Izvestia newspaper published a photograph of the crash site high on the cliff, showing a burned patch of vegetation above a rocky cliff.

The plane was flying from the regional city of Petropavlovsk. Contact was lost with the plane about 10 minutes before it was due to land.

A second part of the plane was discovered in the sea, more than two miles from the shore, according to sources in the Pacific Fleet cited by Interfax.

It cited another source stating that the bad weather conditions and poor visibility were seen as the most likely cause of the crash.

Russia’s Investigative Committee said the crash was likely caused by bad weather, pilot error or a technical failure with the plane.

“The crew of the aircraft was experienced. It is too early to build scenarios,” Solodov told Interfax.

Six crew members were on the plane. Russian media reported two children were also on board. Efforts to reach the crash site were hindered by nightfall and the rising tide.

The plane has been in operation since 1982, Tass reported.

Deputy Director of the Kamchatka Aviation Enterprise Sergey Gorb, which operated the plane, told Izvestia newspaper that the cliff where the plane crashed was not on the plane’s flight path. He said a strong cross wind may have caused the disaster.

Russian online media MBKh reported that Kamchatka Aviation Enterprise was found to have committed violations of transport rules during a spot check by authorities in February, including allowing crew members to fly without proper training. 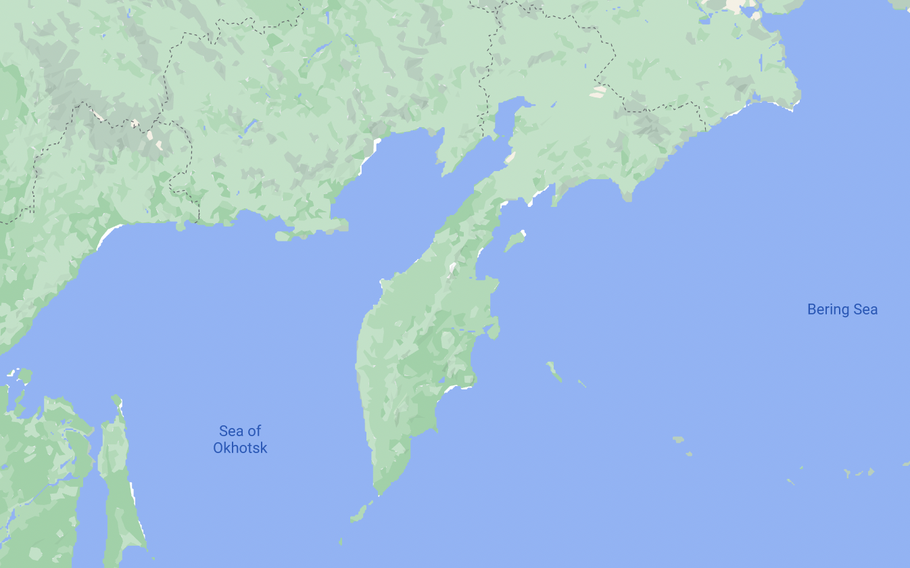