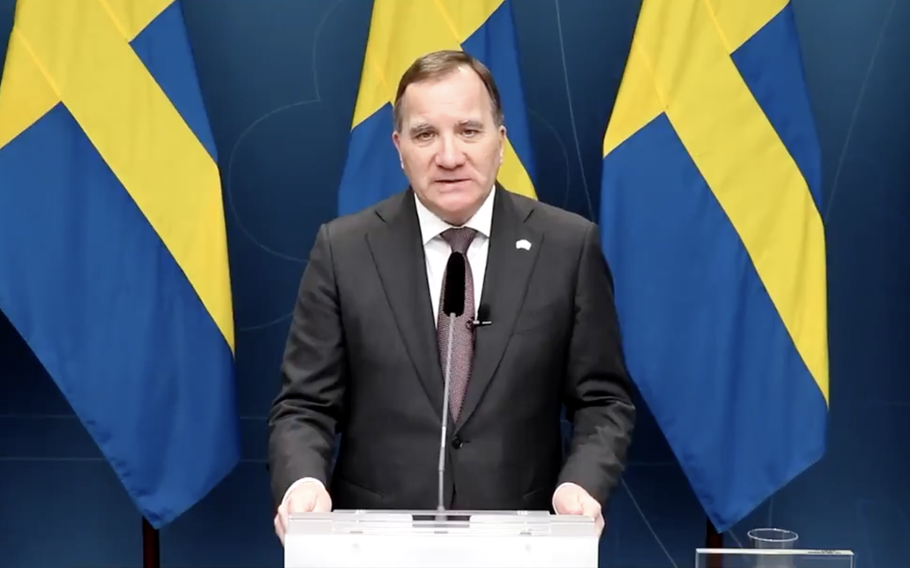 After losing a confidence vote in parliament this week over easing rent controls, the 63-year-old Social Democrat leader has until midnight on Monday to forge a new deal that can save his government, or face Sweden's first snap election since 1958.

The prospect of a last-minute compromise began to emerge on Wednesday as one of his political allies backed down on a key issue, according to Dagens Nyheter newspaper, citing Annie Loof, the leader of Center Party. She wants tax cuts in exchange for dropping her opposition to relaxing rent restrictions on new-built homes.

In a statement, Lofven said Loof's announcement is "constructive and provides a road ahead," and called on other parties to follow her lead. The outcome of the crisis remains uncertain, as Lofven needs to forge some form of deal that includes Loof's Center Party as well as the Left Party, which initiated the vote of no confidence in Lofven.

"The political situation remains difficult, but I'm proud of having contributed to making sure that the voice of Swedish tenants were heard," Left Party leader Nooshi Dadgostar said on Twitter after Loof's announcement.

Lofven, a former union leader and welder, is a political survivor used to carving back-room deals. He has spent the past 2 1/2 years in a coalition that looked shaky from the start because it was essentially designed to keep out the far-right and tried to make do with the center-right and the Greens — with outside support from the left.

The 2018 election resulted in a hung parliament that revealed a fragmented political landscape in a country that has historically taken pride in its high-tax yet generous welfare system and socially liberal values. Either way, Swedes are due back to the ballot box next September.

The crisis has highlighted a fundamental change in Swedish politics since the rise of the anti-immigration Sweden Democrats. The party has just under a fifth of the seats in the country's parliament, preventing either bloc from reaching an outright majority.