Scientists are teaching drones to hunt down human screams

If someone created a flying machine capable of tracking you down by listening for your voice, you might be creeped out.

But what if you were pinned under a pile of rubble after a natural disaster and first responders couldn't locate you? Maybe then, a human-seeking drone wouldn't be such a terrible idea.

That concept is the focus for engineers at Germany's Fraunhofer FKIE institute, who've built a drone prototype designed to find people by detecting human screams and listening for other signs of distress. One of the lead engineers, Macarena Varela, showcased their progress last week at an annual conference hosted by the Acoustic Society of America.

While it's easy to imagine human-seeking drones in a sci-fi horror movie, Varela says the gadget would be ideal for post-disaster scenarios, such as earthquakes, hurricanes and wildfires. They could hover over an area that rescue crews have difficulty getting to and pinpoint where people may be trapped.

"(Drones) can cover a larger area in a shorter period of time than rescuers or trained dogs on the ground," Varela said. "If there's a collapsed building, it can alert and assist rescuers. It can go places they can't fly to or get to themselves."

Unmanned aerial vehicles or drones are commonly used for search and rescue missions when disasters strike. Most often, they take aerial images of structural damage. Some have thermal imaging capabilities to scan for body heat, while larger drones can deliver medical supplies and other goods to people in isolated areas.

But researchers are finding more novel uses for an extra set of eyes in the sky — and noses. The University of Washington imagines drones that use smell to locate disaster survivors. The Aerospace Corporation is working on drones that can visually identify dogs and share their location with rescue teams. The University of Zurich developed a drone to change shape midflight to fit into oddly-shaped crevices.

Locating people using aerial acoustics presents its share of challenges. An auditory system would need to decipher between human cries and sounds that often happen in nature, such as animal calls and wind. It might also need to recognize patterns associated with kicking, clapping or other ways people try to get the attention of rescue teams.

Engineers at FKIE took those situations into account when building out their concept drone. They first needed a database of "impulsive" human noises to train the drone against.

They recorded themselves screaming, tapping and creating other noises that might be a sign of people in trouble. Then, they analyzed each sound frequency to find common "signatures" and used those to train artificial intelligence software.

They also worked to filter out the noise created by drone rotors and other environmental sounds, Varela said.

Once the software part was complete, they assembled a system of tiny digital microphones to provide "precise" angles for where sound is coming from. Digital microphones like the ones found in smartphones and hearing aids were used because they don't require as much bulky hardware as analog or traditional microphones, the researchers said.

The team placed the cluster of microphones under a drone and used signal processing techniques that enabled it to track where human noises are coming from. The system also enhanced the volume and clarity of the speech. So far, they have conducted successful "open field experiments," finding that the drone can estimate a victim's location within a few seconds of picking up sound, Varela says.

In a demonstration video, the drone is shown hovering above the ground before pivoting in the direction of a researcher making noises and calling for help on the ground.

"We have already succeeded in angularly detecting and locating impulsive sounds very precisely ... with the presence of drone noise," Varela said. The engineers are in the process of patenting their method for tracking down sounds using microphones.

Next, they would like to add a higher frequency microphone to a drone to enhance the system's accuracy. The idea is to pick up noises from hundreds of meters away, Varela said. In the real world, victim location data might one day be sent wirelessly to emergency crews carrying a tablet.

Since announcing their development last week, the researchers have been approached by various organizations interested in partnering with them, Varela said. But it's unclear when such a concept might be deployed.

The research institute primarily experiments and creates prototypes. It sometimes licenses discoveries to companies that focus on commercialized products, but the process is far from linear, according to Kai Nuernberger, who leads the institution's business development department.

"We are good at developing technology and tackling problems that there is not yet a solution to. But commercialization is not really our task," Nuernberger said. 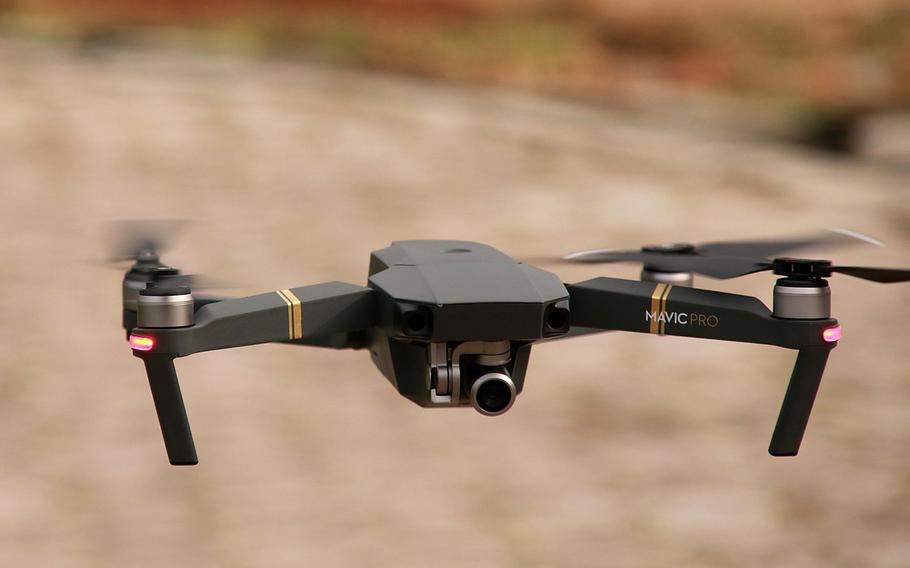