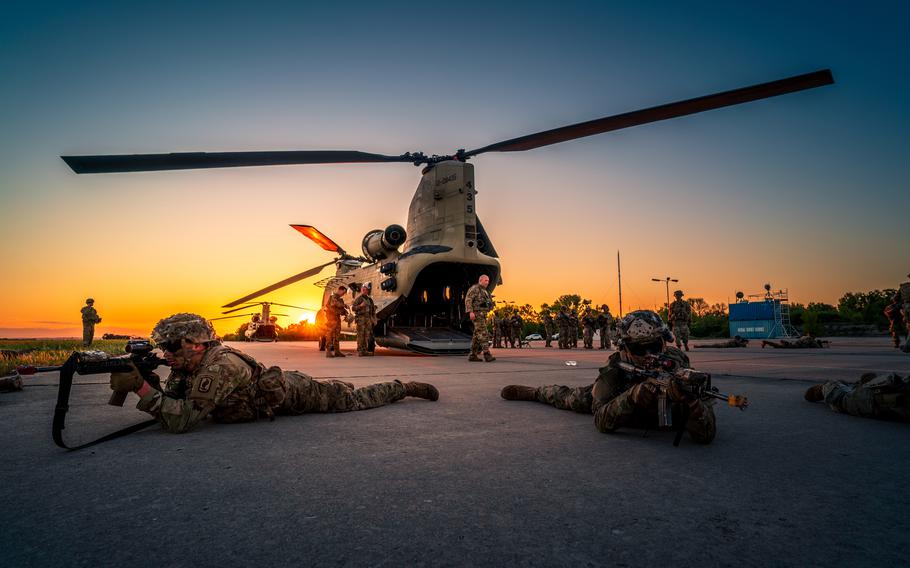 The U.S. Army is investigating how 173rd Airborne Brigade soldiers ended up storming a civilian factory building during a recent training drill in Bulgaria, which sparked a minor diplomatic stir after the embarrassing mishap came to light.

“We sincerely apologize to the business and its employees. We always learn from these exercises and are fully investigating the cause of this mistake,” U.S. Army Europe and Africa said in a statement Tuesday.

The incident happened May 11 during the Army’s Swift Response 21 exercise, which took place across numerous countries, including Bulgaria.

Soldiers simulated seizing and securing a decommissioned airfield, which also involved clearing buildings at a training area in the town of Cheshnegirovo, the Army said.

Among the nearby buildings was a private business operated by civilians, which the soldiers thought was part of the training area, the Army said.

“No weapons were fired at any time during this interaction,” USAREUR-AF said.

“It is inadmissible to have the lives of Bulgarian citizens disturbed and put at risk by military formations, whether Bulgarian or belonging to a foreign arm,” Radev said, as quoted by Bulgaria’s Novinite news agency. “The exercises with our allies on the territory of Bulgaria should contribute to building security and trust in collective defense, not breed tension.”

USAREUR-AF said a video posted to social media by Bulgarian journalist Dilyana Gaytandzhieva that showed soldiers entering a building and identified the building as a factory where olive oil machinery is produced appeared to be authentic.

US special forces mistakenly storm a factory producing machinery for olive oil during #NATO drills in #Bulgaria. The owner has filed a law suit pic.twitter.com/3NRM558Q7g

USAREUR-AF said it takes training seriously and prioritizes the safety of “soldiers, our allies, and civilians.”

“We will implement rigorous procedures to clearly define our training areas and prevent this type of incident in the future,” USAREUR-AF said.