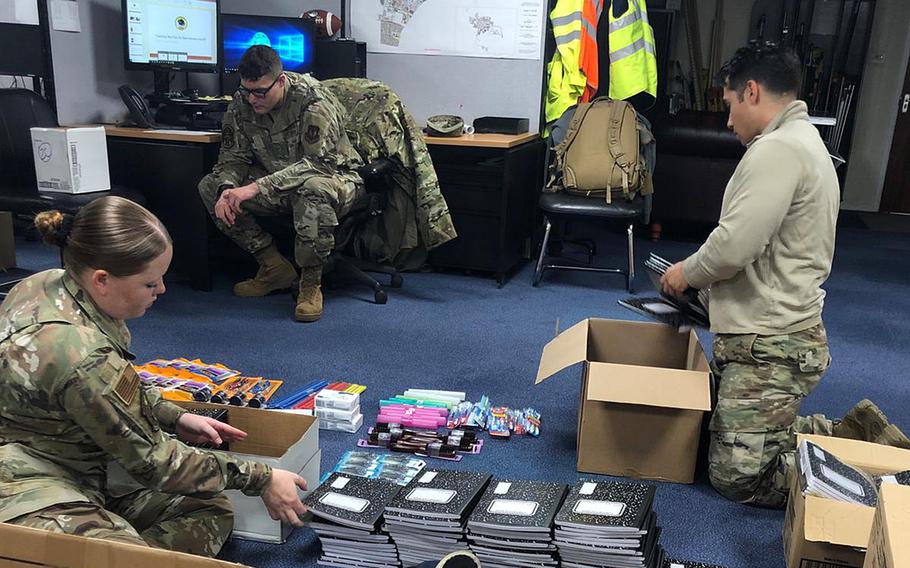 Tech Sgt. Fariht Gomez, right, and other service members package supplies donated by the RAF Lakenheath community in April to help a Maasai village in southern Kenya. Gomez has coordinated the collection of about two tons of items, including school supplies and clothing, he said. (Fariht Gomez)

RAF MILDENHALL, England — An encounter with a Maasai tribesman during a deployment to Kenya created a lasting bond for Air Force Tech. Sgt. Fariht Gomez, who is spearheading a grassroots effort to get supplies to a village whose economy was hit hard by the coronavirus pandemic.

Gomez, who is based at RAF Lakenheath in England, first visited the Maasai Mara National Reserve in 2018 while deployed to Kenya on a civil engineering construction mission. The villagers there, many of whom lived in homes built from sticks and mud with grass-thatched roofs, made a deep impression. 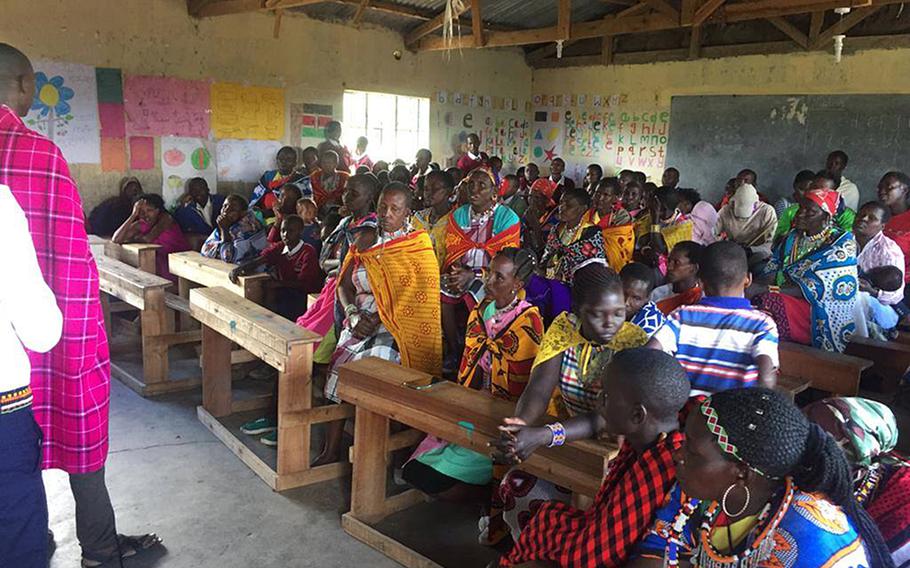 Maasai villagers gather in southern Kenya, where Air Force Tech. Sgt. Fariht Gomez first visited in 2018. Gomez is coordinating the donation of about two tons worth of supplies from U.S. airmen in England to help the village. (Fariht Gomez) 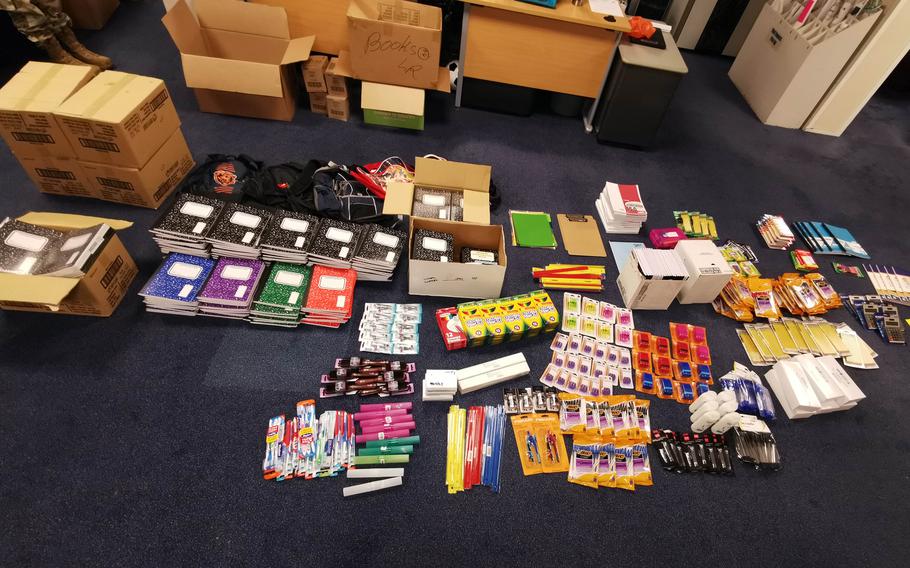 Tech. Sgt. Fariht Gomez lays out supplies at RAF Lakenheath in October 2020, bound for a village in southern Kenya. Gomez started sending supplies to a Maasai village after meeting the people there in 2018. The effort has grown while he has enlisted the help of airmen wherever he's been stationed. (Fariht Gomez)

At the time, the people living near the Oseki Mara Camp were trying to build a school. Gomez made a donation after talking with Dennis Shinka, the camp's co-owner and host.

“His drive and need resonated with me on a personal level,” Gomez said.

Now the village, which relies on tourism as a main source of income, is trying to rebound once again.

“2020 was an especially bad year for us,” said Shinka, whose camp helps support multiple villages. “Apart from the total shutdown of tourism, we also lost thousands of livestock to a foot and mouth (disease) outbreak.”

The donations “slowly but surely helped us rebuild our lives,” Shinka said.

The village that Gomez supports has a little over 400 people and is part of a larger community of nearby villages.

“Over the last couple of years, the local tribesman and I built a good rapport,” Gomez said. “The school they built not too long ago has been destroyed by a fire. Knowing that I cannot support [them] every time they need, due to financial constraints or my personal life, weighs on me from time to time. All the same, I try to support them when I can.”

In early 2020, Gomez moved to RAF Lakenheath, which was when he saw the need to “go big” with his fundraising.

“I hoped that with social media and wing support we would be able to deliver aid that would not only help with their education and lifestyle, but also with (personal protective equipment) to combat the pandemic,” he said.

Gomez set up collection points around the base and asked people to drop off items at their convenience. He collected around two tons of supplies, including clothing, shoes, school supplies and PPE.

The amount of supplies collected was greater than any previous year, which brought up another problem: the cost.

The bill for sending supplies came to around $5,000. Gomez’s friend, Tech. Sgt. Stephanie Hunt, suggested he start a GoFundMe page to help with the costs.

The Maasai villages in the area are grateful for Gomez’s help, Shinka said.

“From his (first) visit, Gomez did promise to support the community,” Shinka said. “We are very happy he kept his promise.”