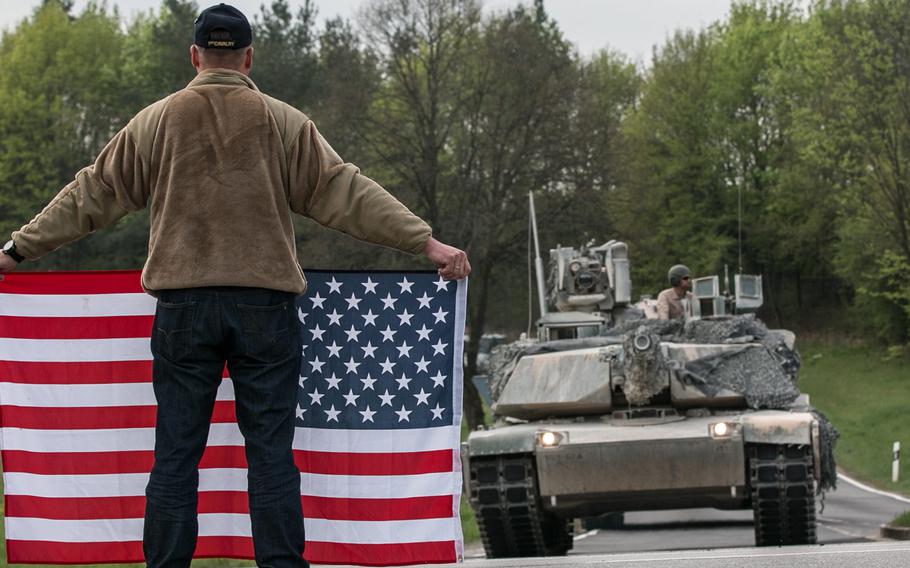 STUTTGART, Germany — Germany spent $118 million last year on hosting foreign forces, a fraction of what other major allies spend on cost-sharing and far less than the billions the U.S. military pumps into the Germany economy.

About $53 million was spent on “follow-on” administrative costs such as land acquisition, the German press agency DPA reported. That was $10 million more than last year, but the increase was connected to British, Dutch and Canadian forces in Germany, DPA reported.

The majority of spending was related to the U.S. military, which at about 32,000 troops maintains a much larger presence than other allied missions in Germany. But Berlin’s contribution is still far less than other key U.S. allies when it comes to paying for bases.

On Wednesday, South Korea agreed to increase the sum it pays to support about 28,500 U.S. troops on the peninsula by 13.9%, bringing expenditures to $1.03 billion this year. Japan this year will contribute $1.9 billion to maintain tens of thousands of U.S. service members there.

The U.S. military functions as a major economic engine in parts of Germany, particularly in rural areas and small cities. In the area around Ramstein Air Base alone, the military injected $1.2 billion into the economy in 2019, according to U.S. Air Forces in Europe data.

Similarly, tens of millions of dollars flow into the economies of Stuttgart and Wiesbaden, where there are major military facilities, German officials have said.

Still, some left-wing German politicians have repeatedly criticized the costs associated with the basing of U.S. forces in Germany.

“It is high time to stop this massive waste of taxpayers’ money … it’s time for the U.S. soldiers to go home,” Dagdelen, a member of The Left party, said in a statement.

The mismatch in military investment between the U.S. and Germany has long been an area of contention for presidential administrations and was a focal point for former President Donald Trump, which proposed a significant drawdown of U.S. forces. The Biden administration has put a temporary halt to that plan while it reviews America’s overseas military posture.

In another military-financial dispute, the U.S. and Germany are at odds over attempts by some German finance offices to extract income tax payments from U.S. military personnel, which Washington says is a violation of NATO’s treaty on foreign troops. Germany is the only allied country where U.S. military personnel are at risk of being taxed on their paychecks.

On Wednesday, the German Foreign Office in a statement to Stars and Stripes said it was working on an “amicable” solution to the taxation issues.