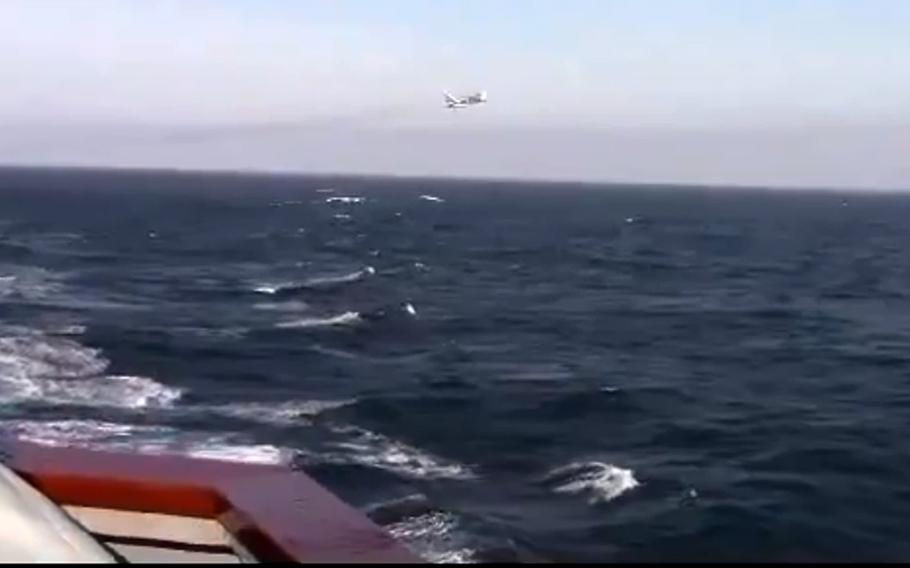 USS Donald Cook is operating alongside the destroyer USS Porter and USNS Laramie, which is refueling the warships during operations.

Refueling at sea is fundamental for the Navy, but doing it in the Black Sea is “a new operational model in a new year,” said Cmdr. Matt Curnen, USS Donald Cook’s commander. “Taking fuel at sea is the most concrete way for us to sustain independent operations.”

NATO has emphasized maintaining a presence in the region, which includes the Crimean Peninsula, annexed by force by Russia in 2014. But the time key allies operated there last year declined compared to 2019, a security analyst with the Heritage Foundation, a Washington think tank, said last week.

Navy P-8A aircraft also took part in drills with the vessels in recent days. But more Navy ships and planes in the Black Sea can also mean additional attention from Russian forces, who routinely track their movements