Marine general under investigation for allegations he used a racial slur, Corps confirms 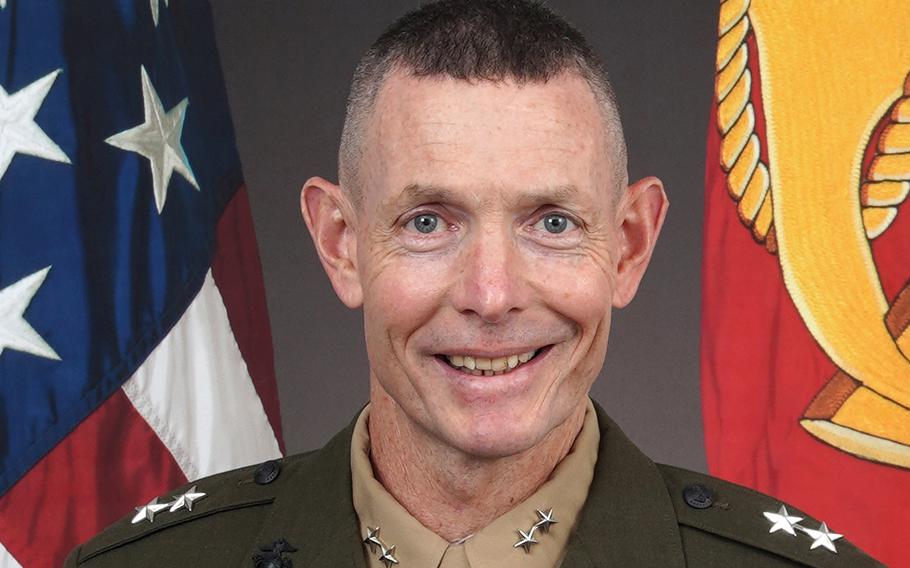 Maj. Gen. Stephen Neary, the two-star general in charge of U.S. Marines in Europe and Africa is under investigation for allegations that he used a racial slur during a recent training event with his troops, the Corps said Friday. (U.S. Marine Corps)

STUTTGART, Germany — The two-star general in charge of U.S. Marines in Europe and Africa is under investigation for allegations that he used a racial slur during a recent training event with his troops, the Corps said Friday.

The Marine Corps confirmation came in response to questions from Stars and Stripes about whether Maj. Gen. Stephen Neary, who commands Marine Corps Forces Europe and Africa, used a derogatory term for Blacks in the presence of other Marines.

“When allegations are made against a Marine, each Marine is afforded due process,” Butterfield said. “There is no additional information available at this time pending the conclusion of the investigation.”

Multiple Marines in the Stuttgart area, where MAFOREUR is based, brought the matter to the attention of Stars and Stripes after talk of the incident swirled throughout the headquarters during the past week.

The Marine Corps did not go into detail about the nature of the incident, but did not deny the accusation against Neary is that he used a racial slur. Neary remains in command, Butterfield said.

The allegations come at a time of racial unrest in the United States, where high-profile police brutality cases have sparked massive protests in U.S cities in recent months. That racial tension also has prompted internal reflection in the military, which has faced questions about a lack of diversity in its senior ranks and unfair treatment of minority troops in the military criminal justice system.

The Marines specifically came under scrutiny in August when The New York Times spotlighted the Corps’ lack of diversity in top leadership positions with a story called “The Few, the Proud, the White.” Of the Marines’ 82 generals, there are six Black one-star generals and one two-star general, The Times reported.

In an effort to deal with racial tensions, Gen. David Berger, the commandant of the Marine Corps, ordered in April that all Confederate battle flags be removed from its bases. And in June as protests spread across the country in support of the Black Lives Matter movement, Berger issued a statement to Marines that prejudice, “direct or indirect, intentional or unintentional,” would not be tolerated.

“Current events are a stark reminder that it is not enough for us to remove symbols that cause division – rather, we also must strive to eliminate division itself. The trust Marines place in one another on a daily basis demands this,” Berger said.

Neary, who assumed command of Marine Corps Forces Europe and Africa in July, previously served as deputy commander of the II Marine Expeditionary Force at Camp Lejeune, N.C. As a battalion commander, he led Marines during Operation Iraqi Freedom in Fallujah and Ramadi.

The Boston native was commissioned as a second lieutenant in 1988 after graduating from Virginia Military Institute. A request to the Marines for comment from Neary went unanswered.