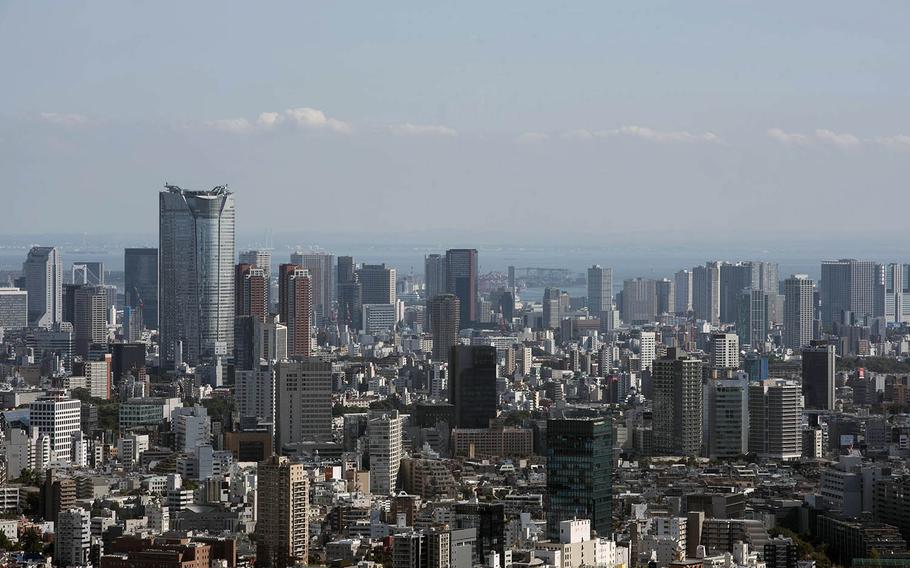 Buy Photo
Tokyo, a city of 13.5 million, within two days during the week of Dec. 13, 2020, hit its highest and second highest daily totals for new coronavirus infections. (Akifumi Ishikawa/Stars and Stripes)

TOKYO – The U.S. military in Japan and South Korea counted 39 new coronavirus cases over the weekend and Monday.

U.S. Forces Korea reported the bulk of those, 22 new patients, all but one new arrivals to the Korean Peninsula since Nov. 29.

In the capital city, the Tokyo Metropolitan Government added another 392 newly infected people to its pandemic total, according to public broadcaster NHK. The city on Saturday reported 736 people tested positive, its second highest daily measure just two days after the record, 822, according to metro government data.

Monday counts are typically low in the city because most testing centers are closed on weekends, nevertheless Japanese media reported Monday’s total is the most ever counted on that day in Tokyo.

One of the two fell ill Friday with symptoms of COVID-19, the disease caused by the coronavirus; the second was tested Wednesday as part of the U.S. Forces Japan requirement that individuals must be free of the virus before leaving isolation, according to the release.

Marine Corps Air Station Iwakuni on Sunday reported one new coronavirus patient, an individual already in isolation as a close contact of another infected person, according to a base Facebook post.

The Marines on Okinawa over the weekend also reported five new infected individuals, three at Camp Hansen, two at Marine Corps Air Station Futenma and one at Camp Foster.

USFK updateAt Camp Humphreys, USFK headquarters south of Seoul, a South Korean contractor who developed COVID-19 symptoms tested positive for the virus Friday, according to a USFK news release. The contractor, who was tested in at the Pyeongtaek Public Health Center, last visited Humphreys on Wednesday, according to the release.

USFK broke down its recent 21 cases this way: Five service members arrived at Osan Air Base on the Patriot Express, a government-chartered passenger air service, on Dec. 2, 9, 14 and Wednesday; 10 service members, five dependents and a retiree arrived on commercial flights to Incheon International Airport on Nov. 29, Dec. 3, 6, 15 and Wednesday, Friday and Saturday.