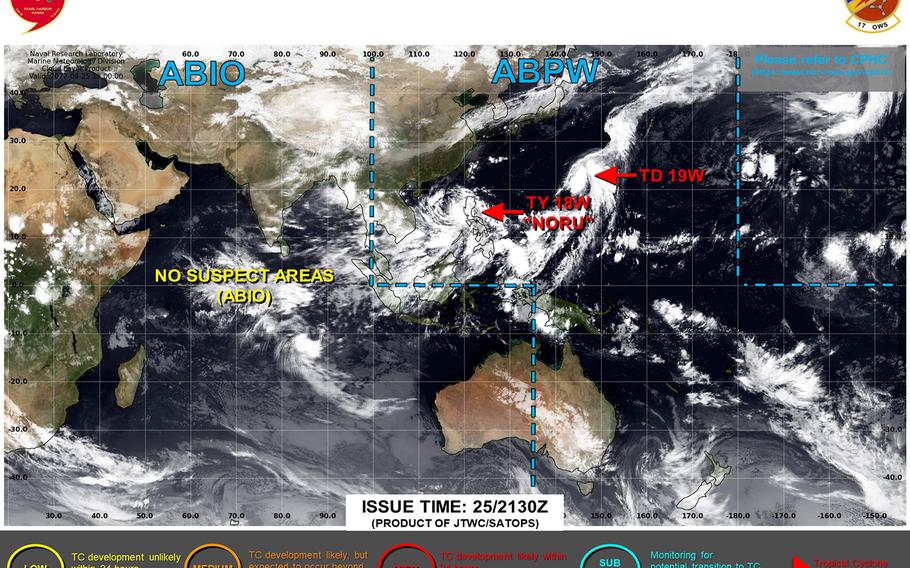 UPDATE 5: Noru back over open water, leaving trail of damage, flooding and power outages in its wake as it heads toward Vietnam. ()

Noon Monday, Sept. 26, Philippines time: Typhoon Noru is back out over open water in the South China Sea, headed toward Vietnam with Joint Typhoon Warning Center-forecast landfall over central Vietnam just past sunrise Wednesday as a Category 2-equivalent system.

Noru left a trail of flooding and power outages in its wake in the Philippines. It made landfall in Burdeos in Quezon province before sunset Sunday, leaving five rescuers dead and thousands evacuated to emergency shelters. Officials suspended classes and government work in Metro Manila and outlying provinces.