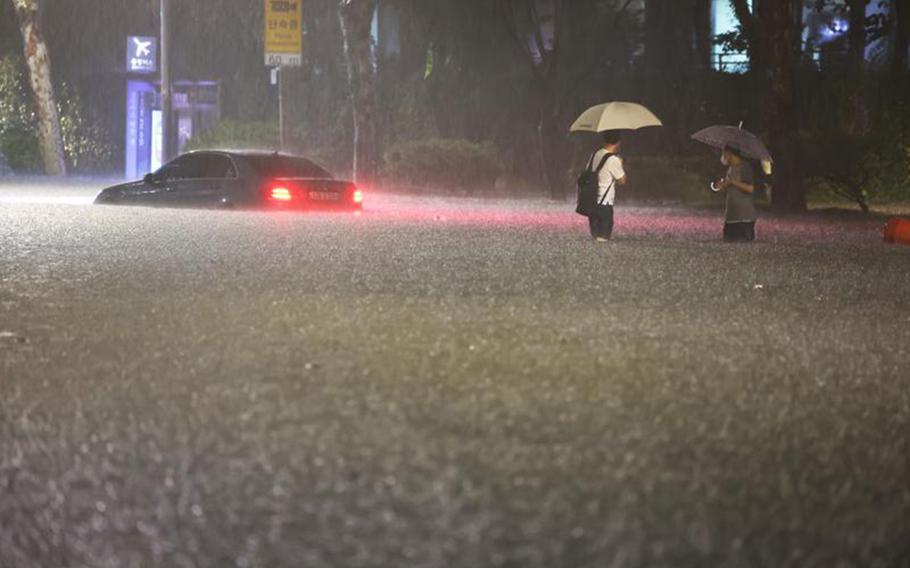 Yonhap News Agency reported that Korea Meteorological agency’s weather station in Dongjak recorded 381½ millimeters (15 inches) of rain for Monday, beating the old official record of 354.7 millimeters (almost 14 inches) registered in August 1920 and the most since Korea began its first modern weather tracking in 1907.

At least nine people were dead and six others missing, both Yonhap and AP reported. Rain turned streets into rivers and overflowed the banks of the Han River bisecting the capital.

And it’s not over yet. KMA forecasts more rain through Thursday, particularly in north, central and western portions of South Korea, including Dongducheon, near Camp Casey, and Pyeongtaek, near Osan Air Base and Camp Humphreys.