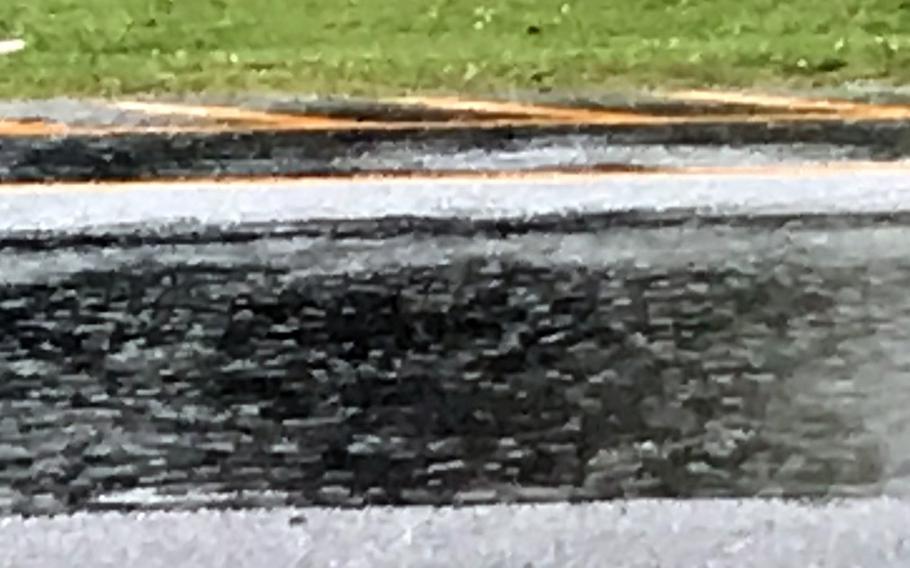 42.22 inches fall in seven weeks in Naha, topping the old mark set last year by more than a half-inch. (Dave Ornauer/Stars and Stripes)

2:30 p.m. Monday, June 20, Japan time – Japan Meteorological Agency announced early Monday afternoon that the rainy season, which began May 4, has ended – and is officially the second wettest rainy season on record for Okinawa.

Over the 47-day span of the rainy season, JMA recorded 1,072.5 millimeters, or 42.22 inches, of rain falling on Naha, the island’s prefectural capital.

In Okinawa City, next to Kadena Air Base, JMA recorded 1,041 millimeters, or 40.98 millimeters.

In Nago, on Japan’s west-central coast across the island from Camp Schwab, JMA recorded 1,204.5 millimeters, or 47.42 inches.

Now, the seasonal boundary moves further north, toward Japan’s southwestern islands and the start of their rainy season.

This doesn’t mean the end to rain for Okinawa, of course; summertime brings with it a thundershower or a few, along with the occasional typhoon. There’s no set number the island gets per year. It’s weather we’re talking about. Prepare; don’t panic.

And enjoy the sunshine!