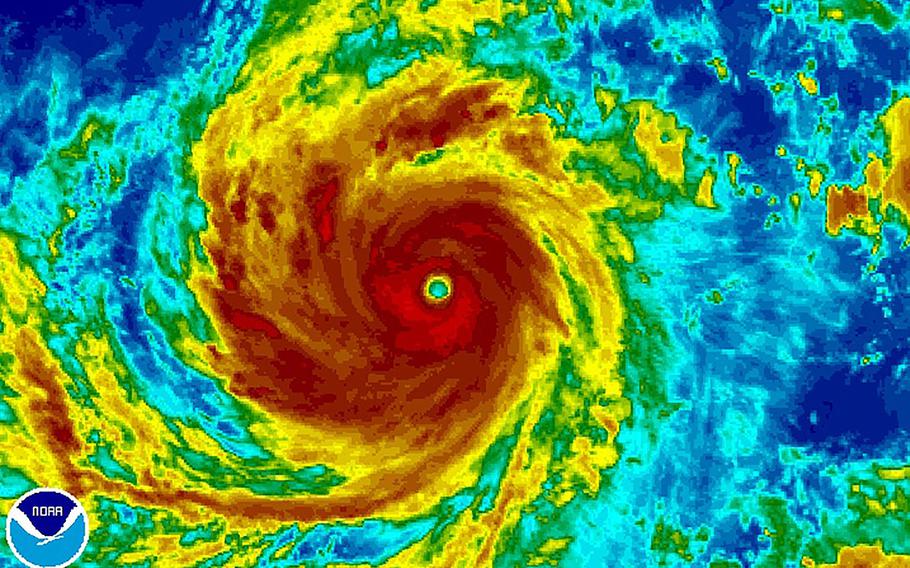 Setting of seasonal TCCOR 4 is a precautionary measure, as Okinawa, a sub-tropical island, lies in an area near where tropical cyclones can form. Occasionally, a typhoon can form right over the island, as did Choi-wan in September 2003.

It’s also a head’s up for people on island to make preliminary preparations. What do you have in your closet that can help you survive a typhoon? Can you quickly move things indoors such as bicycles, hibachis, dismantle that trampoline and get it out of wind’s way?

Might want to head to the commissary or exchange to pick up some non-perishables, bottled water, batteries, a flashlight, a portable radio, diapers and wipes for the young’uns and some goods for the furry friends in your fam.

As always, get your safe on!