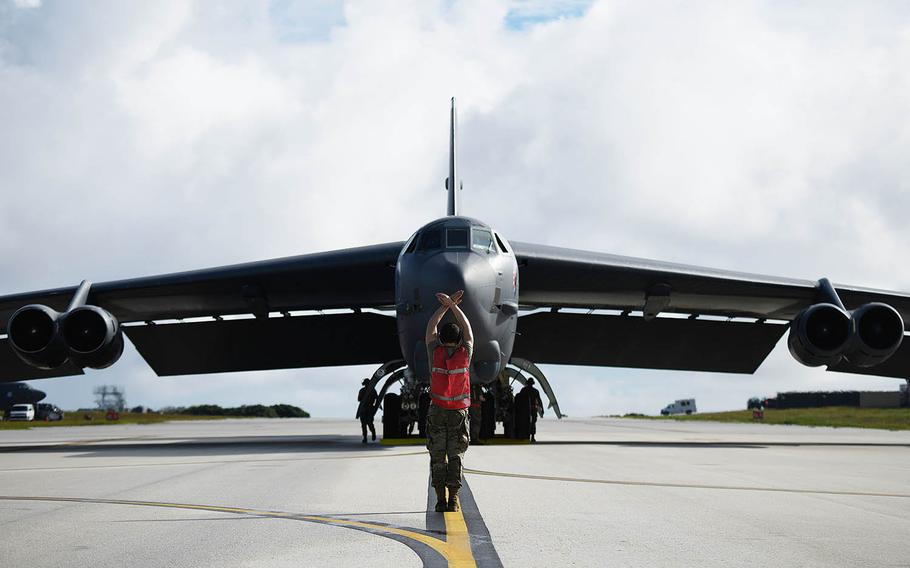 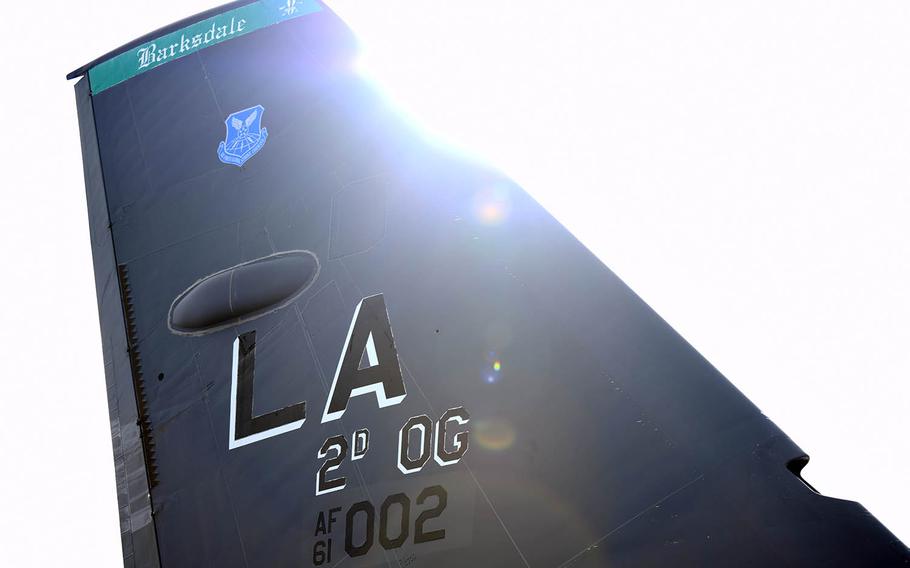 A task force of four B-52H Stratofortress bombers arrived Thursday at Andersen Air Force Base, Guam, part of an ongoing demonstration by the Air Force of its ability to move strategic assets around the globe.

The B-52s, from the 96th Bomb Squadron at Barksdale Air Force Base, La., were sent to “reinforce the rules-based international order in the Indo-Pacific region” through “strategic deterrence,” according to an Air Force statement Friday.

Guam, at the eastern edge of the Philippine Sea, is within easy range of the South China Sea, where the United States and China are engaged in a global rivalry.

Task force missions help “maintain global stability and security while enabling units to become familiar with operations in different regions,” according to the Air Force. The task force will train with and support other U.S. forces in the region, as well as those of allies and partners, according to the Air Force. It did not specify how long the squadron would remain on Guam.

“Deploying as a Bomber Task Force exercises our ability to produce agile, combat power in any location we are needed,” squadron commander Lt. Col. Christopher Duff said in the statement.

“We remain ready to deploy to reach anywhere in the world at any time,” he added.

The Air Force last year ended its 15-year practice of keeping a continuous bomber presence on Guam in favor of a less-predictable deployment system using bomber task forces. The change aligned with the 2018 National Defense Strategy’s call for strategic unpredictability.

Last year, the Air Force rotated B-52s, B-1 Lancers and B-2 Spirit bombers through Guam, putting them to work on exercises with the Navy and the Japan Air Self-Defense Force.

Bombers in the Indo-Pacific project U.S. airpower in a region ripe with tension. To the west, U.S. and Chinese forces crisscross the South China Sea, conducting exercises and demonstrating resolve – on the U.S. part to maintain open seas, by China to defend territorial claims, or test those of Japan and Taiwan.

The State Department in July formally rejected China’s claims to islands and reefs in the South China Sea, claims that China just as forcefully maintains as historic rights.

“Strategic bomber missions validate the credibility of our forces to address a diverse and complex global security environment,” the Air Force said in its statement.