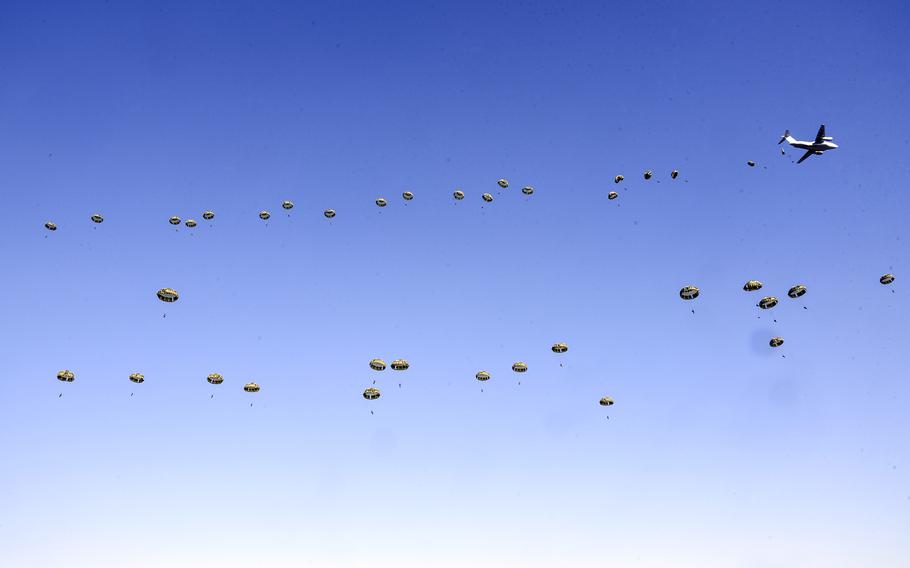 CAMP NARASHINO, Japan — Col. Ricky Taylor, commander of 3rd Brigade Combat Team, 82nd Airborne Division, has jumped 99 times from military aircraft as a paratrooper, but only once in Japan.

He was as mindful on the 99th jump over this Japan Ground Self-Defense Force base of the risk involved as he was on the first.

“Fear still runs through me, absolutely,” said Taylor, of Chicago. “But that fear also keeps me sharp to make sure that I don't do anything that’s foolish or that I hurt myself, or God forbid, someone else.”

Taylor and more than 400 American, Japanese, Australian and British paratroopers jumped Sunday into a drop zone at Camp Narashino, east of Tokyo in Chiba prefecture, as part of the annual New Year’s Friendship Parachute Jump, Tech Sgt. Chris Hubenthal, a spokesman for the 374th Airlift Wing at Yokota Air Base, told Stars and Stripes by phone Monday.

The event traces its roots to the 1960s. 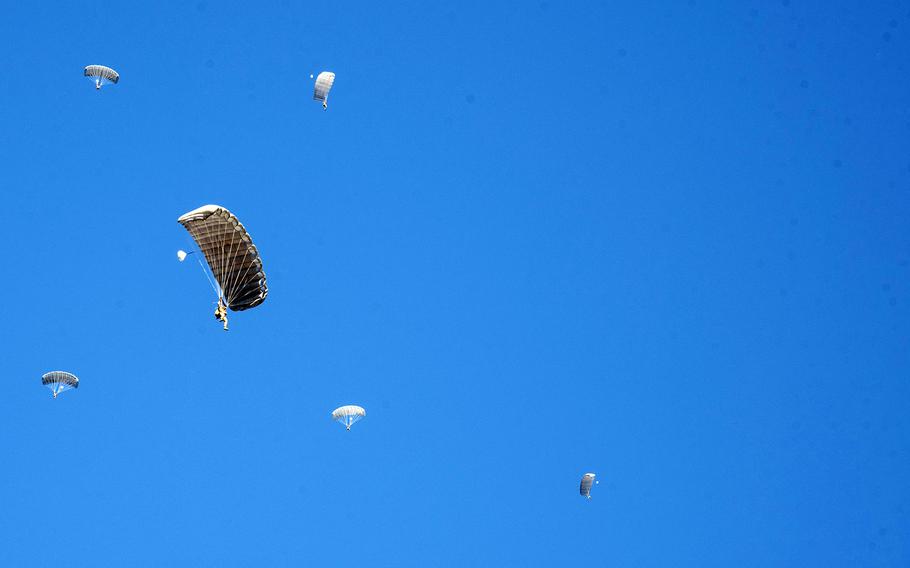 “This is a spectacular view,” Taylor told Stars and Stripes after the jump. “So, typically, jumping back home it's just fields, training areas and trees. Not too often you get to see Mount Fuji and you get to see Pacific Ocean and Tokyo; it was pretty cool to experience.”

Taking part in the New Year jump were paratroopers from the Army’s 11th and 82nd Airborne Divisions, Japan’s 1st Airborne Brigade, the U.K.’s 16th Air Assault Brigade and the Australian Defence Force Parachuting School. They jumped in waves between between 9:30 a.m and noon.

The U.S. and Japanese paratroops were scheduled to arrive early Sunday at Yokota on the far western side of Tokyo to gear up and make final inspections, the New Year’s Jump deputy mission commander, Air Force 1st Lt. Kevin Mendez, told Stars and Stripes by phone Friday. 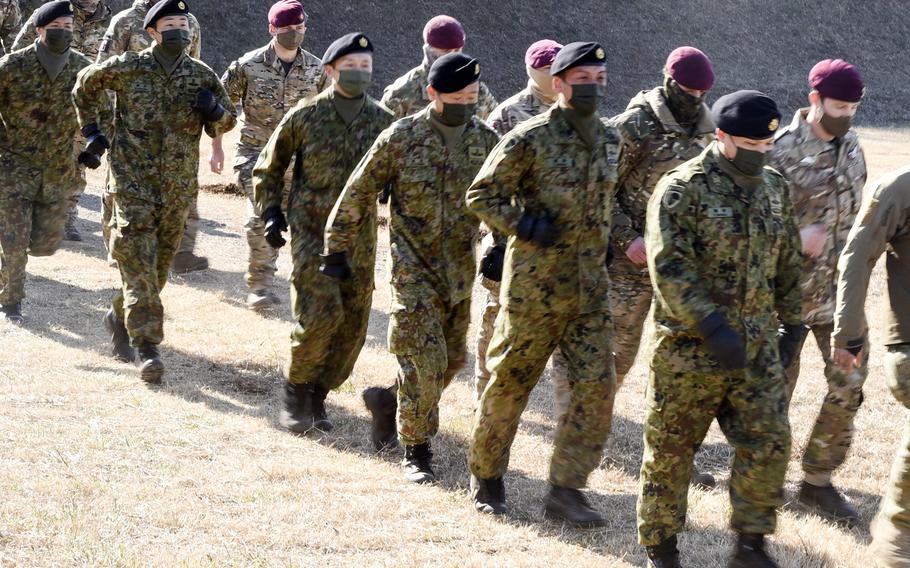 Parachuting is a drill-oriented task, Col. Chris Ward, chief of staff for the 11th Airborne Division, told Stars and Stripes after the jump Sunday. For a successful landing, paratroopers must keep their feet and knees together and eyes on the horizon; their bodies must be in a tight position, he said.

“So, there's a lot of things in our heads,” Ward said.

After the last troop had touched down, the jumpers exchanged pins, Taylor said.

“I have Israeli, Canadian and now Japanese foreign jump wings, so I can wear this on my dress uniform if I desire to,” Taylor said.

Though the paratroopers hailed from around the globe, Ward says they all share common personality traits.

“The airborne spirit in the community is very similar throughout,” said Ward, of Caldwell, Idaho. “So, it's very interesting to see the similarities, the go-get-them attitude from the various airborne units no matter what country was represented.”