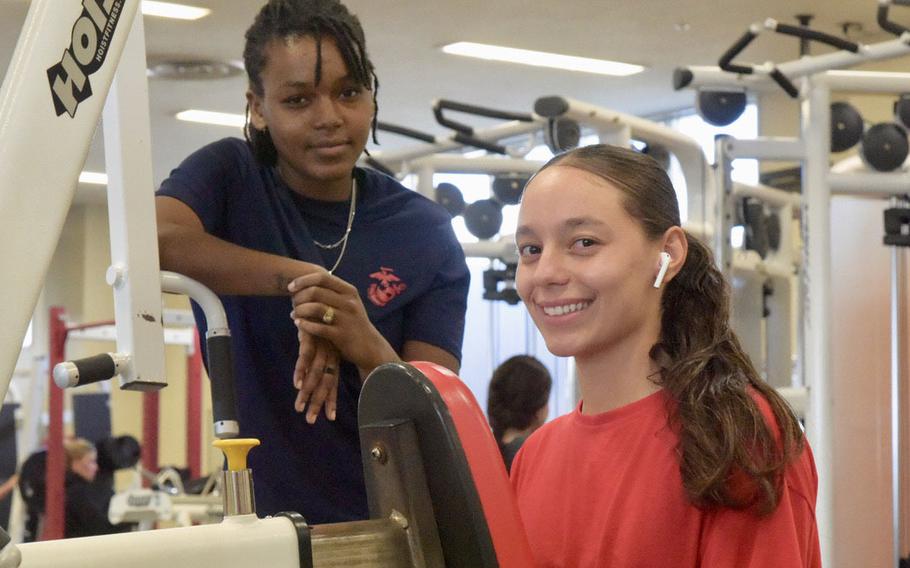 Lance Cpl. Keilm Rodriguez, 21, right, of the Marine Corps 3rd Transportation Battalion at Camp Foster, Okinawa, Japan, at the base gym on Dec. 20, 2022, said she resolved to read the Bible more frequently and get closer to her family in 2023. (Frank Andrews/Stars and Stripes)

For the determined, a Navy psychologist in Okinawa has three “powerful steps” he said will sustain the healthy life changes those resolutions inspire. Start by recognizing that progress is often stalled by conflicting beliefs, wrote Navy Cmdr. Mathew B. Rariden, a psychologist at U.S. Naval Hospital Okinawa, in a Nov. 8 email to Stars and Stripes.

Neutralize the belief that competes with your desire for change, he said. 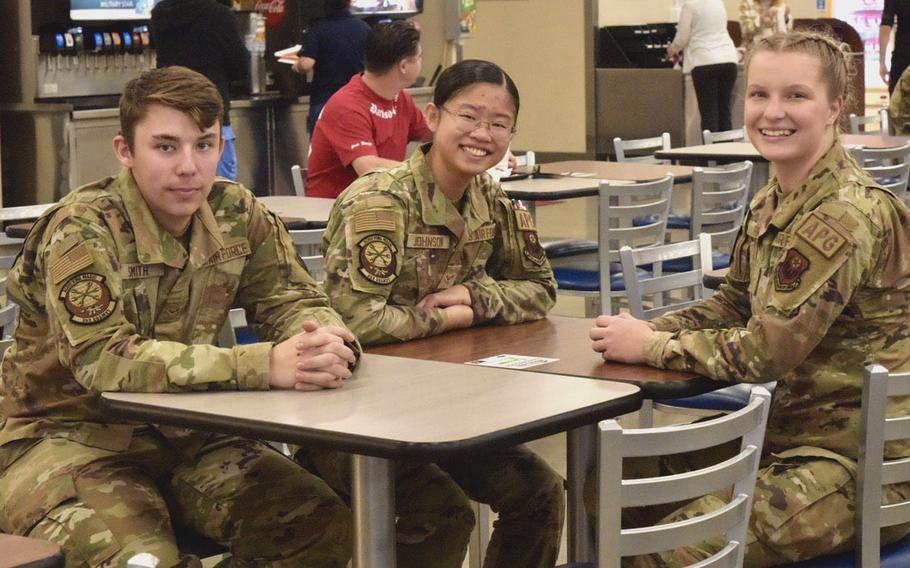 “The human mind can tolerate significant adversity as long as it believes in what it’s doing,” he wrote. “To fervently believe in what one is doing they must find meaning in what they’re doing — meaning that can override competition between conflicting beliefs. Firmly grasping this concept is a necessary pre-requisite to sustaining any positive change over time.”

The first of Rariden’s three steps to keeping a resolution, he said, is to establish a strong, internal motivational structure.

Petty Officer 2nd Class Mathew Neese, 32, from Wilmington, N.C., an X-ray technician at Naval Hospital Okinawa, said his goal is to maintain a healthy lifestyle. He is motivated by the example he sets for his 7-year-old daughter, who lives stateside with her mother.

“As soon as I look at her, as soon as I see her smile and see how well she’s doing in school, she is my motivation and I think me being motivated kind of rubs off on her,” he said during a workout session at the gym. “Every year since her birth, she has been my main motivation for everything.”

Step No. 2, wrote Rariden, is to set and achieve goals using the GROW model.

“The Navy has formally adopted the Goal, Reality, Options, and Will (GROW) model for its coaching efforts, but the GROW model can also be used to facilitate change,” he said.

Know your precise goal, that is, what you want to accomplish and understand the feasibility of reaching that goal, or its reality, he said. Understand your options to achieving that goal and choose the path you will follow to reach it, he said.

Lance Cpl. Keilm Rodriguez, 21, of Philadelphia, of the 3rd Transportation Battalion, made her first New Year’s resolutions in October. She resolved to read the Bible more often and to get closer to her family, she told Stars and Stripes on Dec. 20, while exercising at Gunner’s Gym at Camp Foster.

“I found some Bible studies, so it makes it easier for me to read,” she said. “Just the family part has been difficult because I have always kept my distance. It’s hard for me to reach out. Even back at home I’m just not much of a talker. I never reach out first. I know my family misses me, and I miss them, so I am trying to reach out more.”

The third step, according to Rariden, is to never underestimate the power of positive peer pressure or accountability. For example, ask that friend who visits the gym regularly to drag you along, too. That friend becomes an “accountability partner,” Rariden said.

“There are many ways to establish accountability,” he wrote.

Ultimately, he said, we each must motivate ourselves, and take charge of our own accountability as soon as possible, he said.

Airman 1st Class Kira Johnson, 18, from Charlotte, N.C., is an apprentice crew chief with the 353rd Air Force Special Operations Command at Kadena Air Base. Her 2023 resolution is to move up to journeyman crew chief, she told Stars and Stripes on Dec. 22 at the base Exchange.

Johnson said she enlisted because the Air Force is a part of her family heritage. Her great-grandfather was a member of the Army Air Corps.

“I wasn’t going to fail; because originally, I didn’t want to join the Air Force and then, the more I looked at it, the more it became appealing to me, and I made the resolution that I was going to do it for myself, not because my parents wanted me to,” she said. “And I was going to kind of prove myself a little bit because I have two younger brothers, and I wanted to make my parents proud.”

Exercise, discipline and the support of friends help her keep her resolutions, she said.

“I am here for me,” Johnson said, “but also because my two younger siblings are probably going to join so I am here as a trailblazer for them.”