A Maritime Self-Defense Force captain is suspected of leaking classified information that falls under the category of specially designated secrets related to national security, The Yomiuri Shimbun has learned.

If the allegations are confirmed, the Defense Ministry plans to take disciplinary action against the captain, according to government sources.

The leak was allegedly initiated by a former MSDF officer, who contacted an acquaintance in active service. A request was allegedly passed to the captain through several other MSDF members. The ministry is also considering disciplinary action against the other personnel involved in the leak. The former officer had a higher rank than the captain when he was in the MSDF.

The classified information involved secrets as defined by the Law on the Protection of Specially Designated Secrets. This case is the first time such a leak has been uncovered since the law took effect in 2014.

According to the Cabinet Secretariat, information subject to the law relates to 23 elements in four categories - defense, diplomacy, anti-espionage and anti-terrorism.

As of the end of June, 693 pieces of classified information were designated as such secrets, including 392 held by the Defense Ministry, 108 by the Cabinet Secretariat and 49 by the National Police Agency.

Leakage of such information is subject to criminal penalties, including prison terms of up to 10 years.

Public servants and private businesses, including those in the defense industry who have access to such classified information, are required to undergo a security clearance assessment in advance, to prevent secrets from being leaked.

The assessment includes checks on relationship to espionage activities, criminal and disciplinary records, financial circumstances such as debts, and the nationality of the person's spouse.

This is not the first case of a data leak in the Self-Defense Forces.

In 2007, an MSDF lieutenant commander was found to have copied classified information containing data about the Aegis-equipped destroyer's weapon direction system and sent it to an instructor at the MSDF's First Service School without following proper procedures.

The lieutenant commander was convicted in 2008 for leaking the information and was subsequently discharged from the MSDF.

In 2015, a former senior officer of the Ground Self-Defense Force was found to have leaked an internal SDF instruction manual to a military attache at the Russian Embassy in Japan. 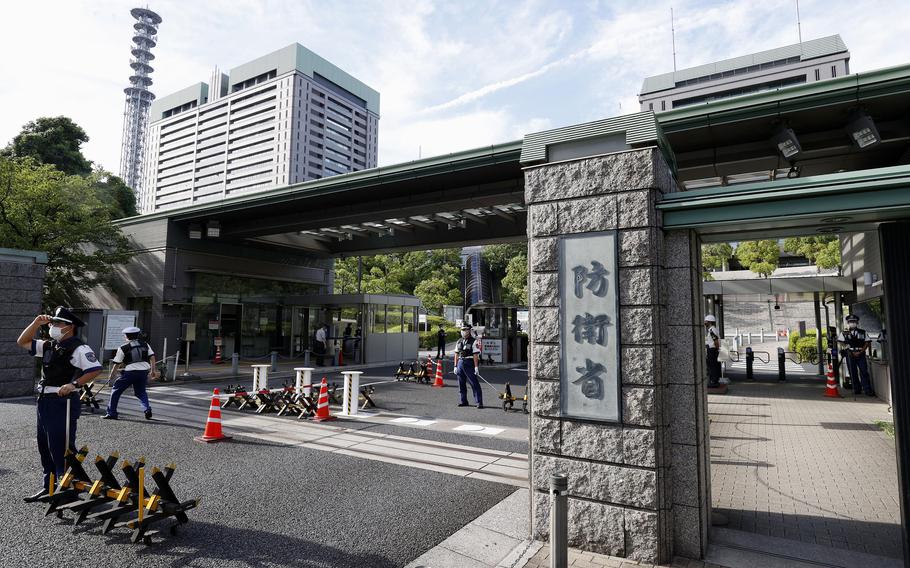