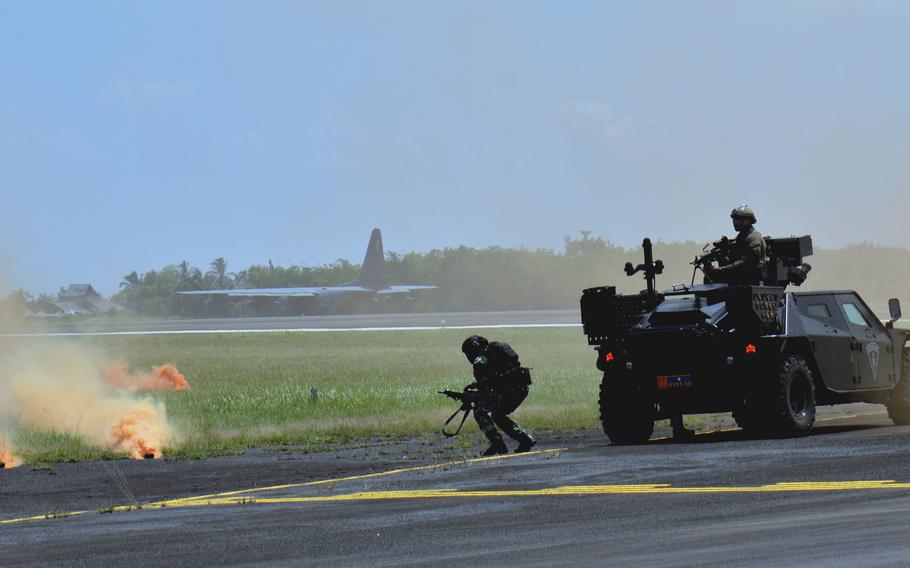 Indonesia’s newly appointed top military commander wants to boost training with the U.S. and carry out an operation to secure territory near the South China Sea, Nikkei Asia reported Wednesday.

Adm. Yudo Margono, sworn in Monday as commander of the Indonesian Armed Forces, said Tuesday in Jakarta that he wants to make the Super Garuda Shield exercise, involving Indonesia and the U.S., “more comprehensive and wider,” Nikkei reported.

The exercise, held on Sumatra and several other Indonesian islands in August, involved 2,000 U.S. troops, 2,000 Indonesian service members and smaller contingents from a dozen other nations. It was the largest installment of a drill held annually for 16 years, according to the U.S. Army.

After being sworn in at the presidential palace in Jakarta on Monday, Margono said he’s planning an operation involving the navy, air force and army “to secure the border ... in the North Natuna Sea,” according to Nikkei.

Indonesia’s Natuna Islands, northeast of Singapore, are close to a part of the South China Sea claimed by China.

Thailand and Brunei were recently invited to join next year’s exercise and the Philippines and Vietnam are the most likely candidates to be invited next, Thayer said in an email Thursday.

The main drivers for expanding the drills are an agreement between Indonesia and the U.S. to increase the frequency and complexity of their combined training and China’s rapid military modernization and assertiveness in the Natuna Sea, Thayer said.

Next year’s exercise will likely add more maritime security training in and around the sea, he said.

Indonesia, which last month hosted the G20 Summit of world leaders including U.S. President Joe Biden and Chinese President Xi Jinping, may feel a need to demonstrate Indonesia’s wider importance to the region and the world, Ian Chong, an associate professor of political science at the National University of Singapore, said in an email Wednesday.

“This may include asserting their own position in the South China Sea,” he said.