COLA restored for US troops in Japan ahead of holidays 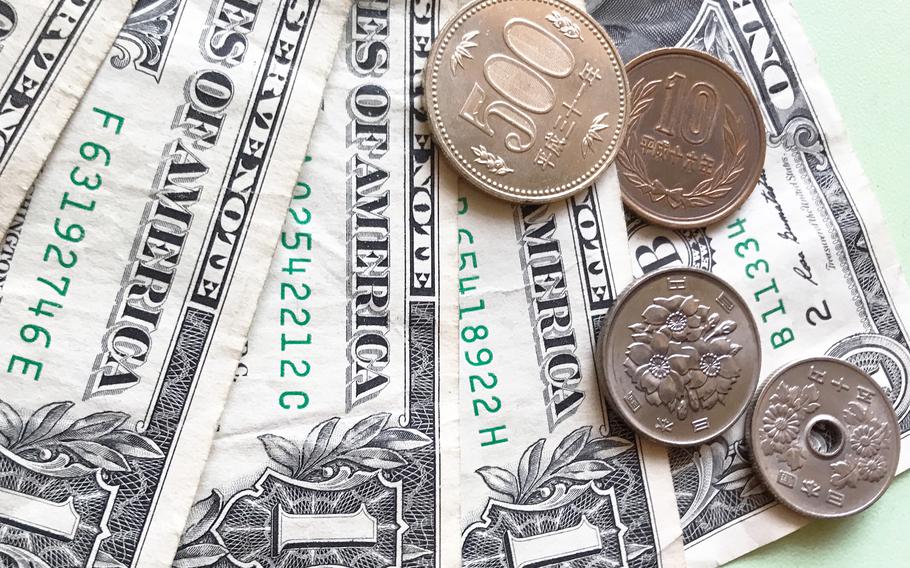 YOKOTA AIR BASE, Japan — U.S. troops in Japan are getting an early Christmas present with the return of their overseas cost-of-living allowance, according to the Office of the Secretary of Defense.

The military had stopped paying COLA — a tax-free allowance to help offset the cost of living in expensive areas overseas — to most of the 55,000 service members in Japan and Okinawa following changes announced by the State Department on Oct. 1.

The surging Japanese yen, however, has prompted cost-of-living allowance increases of 4 to 10 points at locations across the country since Dec. 16, Army Maj. Charlie Dietz, a spokesman for the office, said in an email Tuesday.

A dollar bought just over 132 yen on Wednesday, according to the Wall Street Journal.

An online calculator provided by the Defense Department shows that an Air Force sergeant stationed at Yokota Air Base, a key airlift hub in western Tokyo, with six years’ service and two dependents, will receive an allowance of about $200 per month at the new rate, still $400 less than he received before the allowance was cut to zero in October.

A captain with the same family size and length of service will get about $256 per month at the new rate, down from more than $800 in October.

The allowance can fluctuate as often as twice per month or every pay period, Dietz said.

In late October the dollar reached a 32-year high of just over 150 yen, boosting troops’ buying power. Since then, the yen has climbed in value and surged 3.9% against the dollar Tuesday after the Bank of Japan allowed the yield on its 10-year government bond to rise to 0.5%, up from the prior cap of 0.25%, the Wall Street Journal reported that day.

“I’ll probably just save it,” Sgt. Julian Hanmer, 28, a communications airman stationed at Yokota, said of the restored allowance. “It’s good, when you get these pay increases, to act like you didn’t get it and put it away in savings.”

The Roanoke, Va., native, over lunch at the base food court, said he’ll probably invest the extra cash in an indexed stock fund.

The exchange rate is good in Japan, despite the yen’s rally, he said, adding that local train fares and prices at Tokyo bars and cafes are still reasonable.