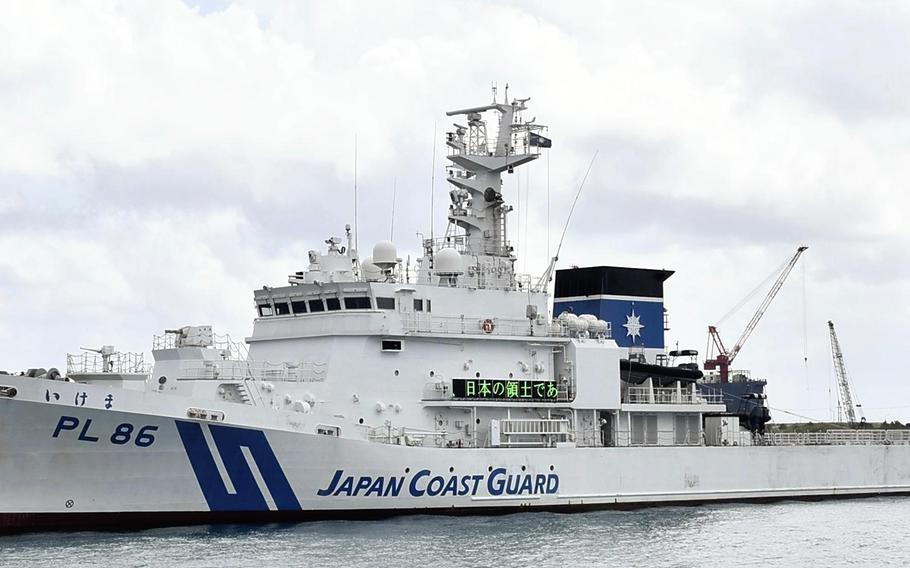 The government plans to increase the Japan Coast Guard budget to about 320 billion yen in fiscal 2027, which is 40% higher than this fiscal year, according to sources in the government and the ruling parties.

The government also aims to strengthen collaboration between the JCG and the Self-Defense Forces, eying repeated intrusions by the China Coast Guard in waters around the Senkaku Islands in Okinawa Prefecture.

Revisions to three security-related policy documents, including the National Security Strategy, are set to be unveiled. The government is also expected to announce a policy document on the strengthening of maritime security that includes the JCG budget hike.

It is the first time since 2016 that the government has compiled such a document.

The situation in waters around the Senkaku Islands is described in a draft of the maritime security document, including the fact that China Coast Guard ships were in Japanese territorial waters for a record 64 hours and 17 minutes in July.

It also states that China has converted naval vessels into coast guard ships, meaning the CCG fleet is heavily armed and now has more large vessels.

The draft states that the situation is increasingly tense as a result.

According to the draft, the JCG's capabilities will be enhanced in various fields. The first step will be an improvement to the fleet of patrol vessels to cope with new threats around the Senkaku Islands.

The draft also states that a framework will be devised to improve cooperation among related entities in Japan and overseas. Under the framework, the JCG would fall under the defense minister's control in the event of an armed attack on Japan.

According to the draft, the JCG will conduct joint drills with the SDF and will cooperate with foreign counterparts so that Japan can assist in warning and surveillance activities to realize a free and open Indo-Pacific. The government is considering deepening cooperation with the Association of Southeast Asian Nations, with an eye on China's aggressive maritime advances.

Other improvements being mulled include surveillance utilizing technologies such as unmanned aircraft; capabilities to deal with simultaneous crises such as terrorist attacks and disasters; boosting maritime research; and cyber security capabilities, among other measures.

The JCG's initial budget in fiscal 2022 is 223.1 billion yen. The government plans to gradually raise the amount by about 100 billion yen by fiscal 2027.

Prime Minister Fumio Kishida intends to raise security-related spending, which includes the JCG budget, to a level equivalent to 2% of the nation's gross domestic product by fiscal 2027.