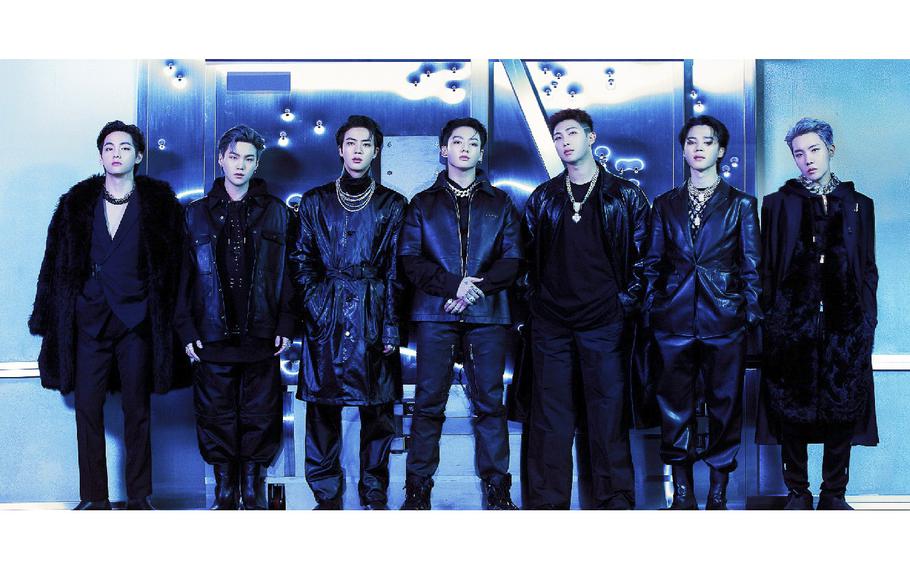 SEOUL — The image of a usually glammed-up K-pop star shaving his head to enter the military may seem like the opening scene for a K-drama. But it became reality this week when Jin, a member of the ultra-popular K-pop group BTS, unveiled his buzz cut before heading to boot camp on Tuesday to start his mandatory service in South Korea's army.

The country's practice of compulsory military service has gained attention in recent months since the announcement in October that the members of BTS would fulfill their military obligations. The group announced in June that it would go on hiatus, as the possibility of conscription loomed.

Here's what to know about South Korea's mandatory military service.

Q: Who has to serve in South Korea's military?

A: All able-bodied South Korean men are required to enlist in the military by age 28. K-pop stars aren't exempt from service, but they have been granted the ability to defer their enrollment until age 30 for contributions to "enhancing Korea's international image." At 30 years old, Jin, whose full name is Kim Seok-jin, is the oldest member of BTS and was running out of time to defer, as officials mulled whether to exempt K-pop stars from service. Just weeks before a December enlistment deadline, Jin rescinded his deferral, setting forth his path to military service.

Men with physical limitations or health concerns are allowed to perform alternative service, such as holding administrative roles in the community. Men with religious concerns — most notably Jehovah's Witnesses — were previously jailed for refusing compulsory military service. In recent years, however, conscientious objectors have been allowed to take community service roles.

Artists and classical musicians who have won awards for their work are allowed to perform alternative service — which requires teaching and performing — as long as the award is officially recognized by the Defense Ministry. (BTS has not won such an award.) Professional athletes who won international honors are also allowed to do alternative service corresponding with their expertise. Korean adoptees who choose to reinstate their nationality — many of whom don't speak their native language — are granted an exemption from compulsory service.

A: Those who are required to serve in the military must do so for at least 18 months, although the length of service can vary by branch. Conscripts serve for 18 months in the army and the marines, 20 months in the navy, and 21 months in the air force. The first few weeks of service are usually spent at a basic training camp before soldiers are moved to the roles in which they will finish the rest of their enlistment.

Jin is expected to serve in the army — which is, coincidentally, the name of BTS' fan base — until around June 12, 2024, as long as he completes his service on schedule, a spokesman for the Defense Ministry told The Washington Post.

A: Although it can vary widely by branch, military service has become a somewhat universal experience for men in South Korea. Many men choose to enlist after their first year of undergraduate studies, though those who enlist after completing college can enroll as an officer, a higher rank than many of their younger counterparts.

One of the benefits to doing so is avoiding the hazing and intense nature of the military that many conscripts have voiced concerns about in recent years. The harshness is so ubiquitous that it was chronicled in a Netflix show, "D.P.," short for "deserter pursuit," which follows soldiers who are made to track down fellow servicemen who desert their roles.

A small cohort of Korean soldiers are chosen to serve in a collaborative role with the U.S. military, called KATUSA (Korean Augmentation to the U.S. Army). South Koreans who pass English-language and aptitude tests can enter a lottery to be picked. The Korean War-era program is unique in that members of a foreign country's military are embedded into the U.S. military. The program is seen as desirable among many South Korean men because it is viewed as less harsh than serving directly in South Korea's military.

Jin is reportedly expected to serve in a front-line role near the border with North Korea, which has sparked trepidation among his fans.

A: While the announcement in October that members of BTS will perform their military service addressed the question mark hanging over their enlistment, there are outstanding controversies about South Korea's military service concerning its duration and mandatory nature.

In addition to complaints over hazing and harsh treatment, some South Korean men have said that mandatory conscription puts them at an economic disadvantage compared with their female counterparts, whose education and careers don't experience an 18-month interruption. (Some women, in turn, have argued that the ubiquity of mandatory service for men creates a camaraderie among them that can shut women out.)

Social commentators also say the K-pop superstars' draft decision revealed limitations to exemption rules in South Korean military. "The current [waiver] program is so outdated that it fails to reflect current conditions in the society," said the South Korean newspaper Hankyoreh. In an October editorial, the paper said the waivers that favor classical artists over pop stars is "invalid and unconvincing."

On the other hand, critics say conscription rules should be tightened to address a looming manpower shortage. Faced with a population decline, South Korea has already reduced the number of its troops to 500,000 over recent years.